Science and Faith During the Pandemic

Why didn't Jesus come down from the Cross with a miracle? Why is God allowing this pandemic? Rev. Professor Giuseppe Tanzella-Nitti reflects on the relationship between science and faith and the existential questions raised by the events of recent months. 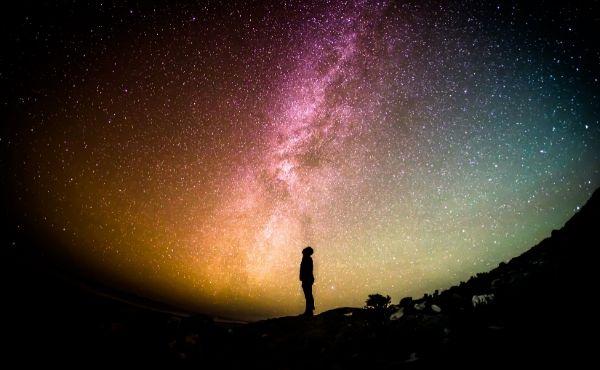 Giuseppe Tanzella-Nitti is a professor of Fundamental Theology at the Pontifical University of the Holy Cross, and a member of the International Astronomical Union. He is the Editor-in-Chief of the Interdisciplinary Encyclopedia of Religion and Science.

Unique and unprecedented: that about sums up the weeks we've been going through. In terms of global impact and governmental measures, this experience for almost all of us can only be compared to the last World War and the stories we heard from our grandparents (in my case, my parents). The whole world is involved. But so is the whole person, as well as scientific research, emotions, relationships and personal beliefs.

Hence we are not only asking ourselves scientific questions but also existential ones that ultimately challenge the faith of those who believe that history and the world are guided by a Creator God. Why does God allow all this? Even more to the point, someone recently asked me: why did God create the coronavirus? Secondly, what is the point of praying? On national television, a mathematician recently defined prayer as “superstition,” calling countries like ours where people gather to pray “medieval.” He declared that the solution to the problem lies exclusively in science, reaffirming a dialectical opposition between science and faith.

The pandemic, like past epidemics and natural disasters like earthquakes and tsunamis, raises the question of the meaning of physical evil that is caused not by human wickedness but by the processes of nature. Since there is no enemy to disarm, it is God who ends up “on trial.” The answers that believers and the Christian tradition have given vary throughout history and even by cultures. In the past, there was talk of divine punishment, a concept that Jesus distances himself from in the Gospel (cf. Lk 13:1-5).

The Pandemic, like past epidemics, earthquakes and tsunamis, raises the question of the meaning of physical evil that is not caused by wickedness.

Others turn to the reflections offered by Augustine of Hippo and Thomas Aquinas: God is not the cause of evil, but allows it to bring about a greater good. This is a more reasonable explanation although it leaves many people unsatisfied, especially given the high price of that greater good. Still others point out that the scandal of evil can only be experienced by those who expect the good to triumph, and who therefore implicitly affirm their hope in the existence of a God who will restore it. For the materialist and atheist, however, no great expectations are possible nor a “fair trial” for God; there is no evil to heal, only unfortunate events.

Augustine and Thomas Aquinas are not mistaken when they say that a greater good can come from evil, but not in quantitative or proportional terms. Their view must be understood, rather, by considering divine Providence. Only the Creator has a complete view of the world, and only He can truly know what is good and evil, what leads to salvation and what hinders it.

Sacred Scripture does not offer metaphysical answers to the problem of evil, but only existential ones.

It is not a matter of accepting a certain amount of evil so that we can acquire a greater amount of good. Rather we need to accept and live through what in our limited gaze as creatures we call evil, but which is seen as good in the eyes of the Creator because it represents progress along a path to salvation known only to Him.

We should not forget that Sacred Scripture does not offer metaphysical answers to the problem of evil, but only existential ones. When Job is overwhelmed by evil, God the Creator asks him to look at nature around him—the starry sky and all creatures—to convince Job of divine Providence. If God takes care of the smallest creatures, He will also take care of Job, created in His image. God asks Job to recognize Him as the Creator and therefore to trust Him. And the answer that comes by way of the Cross of Jesus of Nazareth is not philosophical or mathematical: it is existential. God does not avoid, annul or destroy evil; rather He passes through it. He carries it on his shoulders. He tells the person who is carrying the Cross with Him that He will not leave them alone, no matter what happens. He asks them to trust Him. Just as He trusted his Father, even when seemingly abandoned by Him.

It would have been easy to come down from the cross and to add a new miracle to the previous ones. But this would have left human beings alone in their experience of pain and death.

It would have been easy to come down from the Cross and add a new miracle to the previous ones. But this would have left human beings alone in their experience of pain and death. Jesus does not explain anything by remaining on the Cross. He accompanies us and suffers with us, achieving an act of trust on mankind’s behalf. Only by going through evil can it be transformed into good. Evil is not a price to pay; rather, what we call evil can, in God's eyes, be a path that leads to good. For by uniting ourselves to Christ, we too can help transform evil into good.

Prayer is part of all this, because it acknowledges our status as creatures before a Creator from whom we have received life, the air we breathe, the earth on which we live. Only He possesses the all-encompassing view of reality that we, with our limited knowledge, do not possess. When prayer is sincere, it is never superstitious: it is a confession of the creaturely bond that binds us to God, a bond that posits us in being as creatures. Unfortunately, it seems many would like to eliminate this bond, thinking they would be freer without it when, in reality, the creature disappears without the Creator.

Science alone is not enough... It is the altruism of those who know how to serve their fellow men at the risk of their own lives, that will end the pandemic in Italy and throughout the world.

Science will undoubtedly offer us important tools to get us out of the painful health emergency in which we find ourselves. We are relying on medical and biological research to take steps that will enable us, sooner or later, to overcome it. But vaccines are not enough. It is the altruism of the health personnel, the self-sacrifice of those who care for the sick, of those who freely serve their fellow men and women at the risk of their own lives, that will end the pandemic in Italy and throughout the world.

These attitudes are hard to sustain in a society that no longer knows how to pray. On the contrary, they arise from the solidarity and love of those who recognize in others a brother or sister: this is already prayer. Without the Christian tradition that first taught us to take care of human beings and gave rise to hospitals, whether in China or Calcutta, in the fourth or twenty-first century, a society would be hard pressed to overcome a pandemic. Without the hope of accomplishing a good that transcends us—whether before one's conscience or before God—it would be hard to sustain the efforts of those working tirelessly now in hospitals.

It’s a rhetorical risk but I’ll take it anyway. Allow me to share a poem about the pandemic written by an American teacher named Kitty O'Meara. It went viral within hours after being published. It contains a wish that I desire for everyone. I'm sure it aptly expresses the feelings many of us are experiencing now, as it describes the hidden opportunities that can help transform evil into good, healing all of us at least a little.

And the people stayed home.
And read books and listened, and rested and exercised,
and made art and played games,
and learned new ways of being and were still.
And listened more deeply.
Some meditated, some prayed, some danced.
Some met their shadows.
And the people began to think differently.
And the people healed.
And, in the absence of people living in ignorant, dangerous, mindless and heartless ways the earth began to heal.
And when the danger passed, and the people joined together again,
they grieved their losses, and made new choices,
and dreamed new images,
and created new ways to live and heal the earth fully,
as they had been healed.

Link to the original article in Italian.