On the Plains of Venezuela

Evelyn and her husband, who are both doctors, have spent the past 31 years in a remote corner of their country. With God's grace, they have helped many people come closer to the faith. 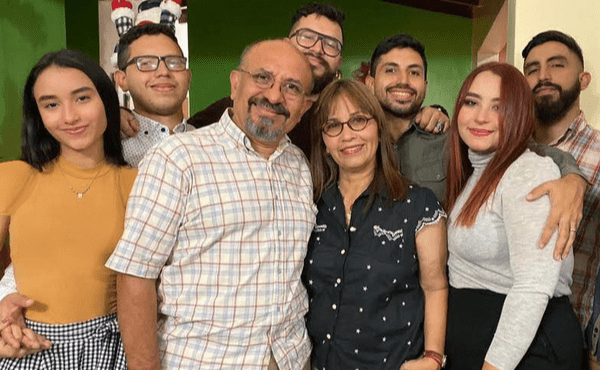 Apure is a state in the vast grassland plains of Venezuela where agriculture and cattle raising are king. Located near the Colombian border, many factors make it one of the poorest and most neglected areas of the country.

Both my husband Neudo and I are physicians. In October 1989, we came here to do our rural internship in the small town of Guasimal. The rural medical clinic is located on the town plaza, near the school and the small building that served as a chapel. Most of the roads in the town are unpaved.

Although we were happy to see we would have the Blessed Sacrament nearby, we soon learned that the priest came only three days each year for the feast days of Our Lady of Mount Carmel, when he administered the Sacraments. People told us that it had been three years since First Holy Communions had taken place, due to the lack of catechists.

We were given the keys of the chapel in case we wished to pray there. The first thing we did was to give it a thorough cleaning. When our workday in the nearby clinic ended, we went to pray the Rosary there. First, two nurses from the clinic joined us, and soon seven ladies from the community also started coming.

For Mass, we had to travel to San Fernando, the capital of Apure. On our first trip there (by the primitive public transport), we reached the Cathedral too late for Mass, and were informed that we had to go to another church for Mass. After walking for 20 minutes, we saw a priest about 60 years old outside the church. He turned out to be the Bishop of the diocese, and offered to hear our confession and gave us the job of bringing the Sunday bulletin to anyone who attended the Rosary in Guasimal. We told him that, if he wanted, we were willing to help prepare the school children there for their First Holy Communion. 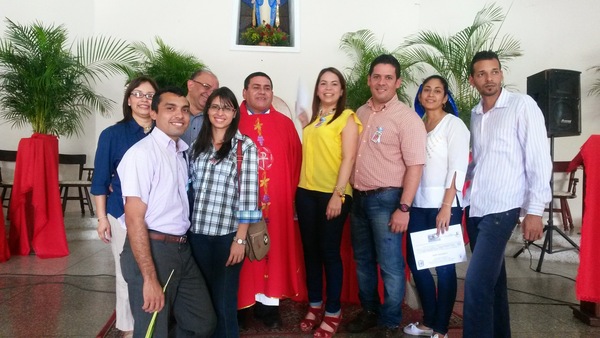 We prepared 27 children. But before the First Communion ceremony took place, we were reassigned to another town and were unable to attend it. But our goal had been achieved.

We lived in a number of different towns in the state and saw how the people lacked formation due to the scarcity of priests and the spread of other beliefs. After returning to Caracas for a short time for my husband’s specialization in dermatology, in January 1991 we returned to San Fernando in Apure, now with our first child on the way.

A young Supernumerary woman in a mission territory, who had been in the Work for only a few years and with no center of the Work nearby, would hardly seem to be in a position to carry out an abundant apostolate. In those times communication was not as rapid as it is now, especially in this distant border state. I couldn’t attend means of formation and treasured the “wealth” I brought with me from my short stays in Caracas and Maracaibo. So I decided to write each month a letter to Don Alvaro, who was then the Prelate of Opus Dei, telling him how I was doing. I used to write the letters and keep them in a drawer, since I had no way to send them to him.

I had a friend in the Legion of Mary, who was a neighbor of ours. Later I found out that her godmother helped look for young women in the area who were interested in the scholarships offered in Caracas by the Los Samanes School, a corporate work of Opus Dei. One night my neighbor knocked at our door and said: “Some friends of yours from Caracas are looking for you.” What a surprise to find out that a Numerary and an Associate were visiting the town to promote the scholarships. They didn’t know a Supernumerary was living in the area. We later met at Mass and I handed them the letters I had written to Don Alvaro. They gave me a prayer card of Blessed Josemaria Escriva who had recently been beatified.

Don Alvaro was kind enough to send me a short letter in reply to my many letters. He reminded me that in the Work we are never alone and encouraged me to be faithful. I continued writing him letters, especially for each child that arrived. When my son Alvaro was born, I received a brief reply from him letting me know that he prayed especially at Mass for “all the ‘Alvaro’ sons of his daughters.”

One day we met a Dominican priest who invited us to help out with marriage preparation courses. We gave the talks on natural methods of family planning and also on Christian morals. In 1992 we began giving a number of courses each year and in 1994 the Family Pastoral Work program was begun. 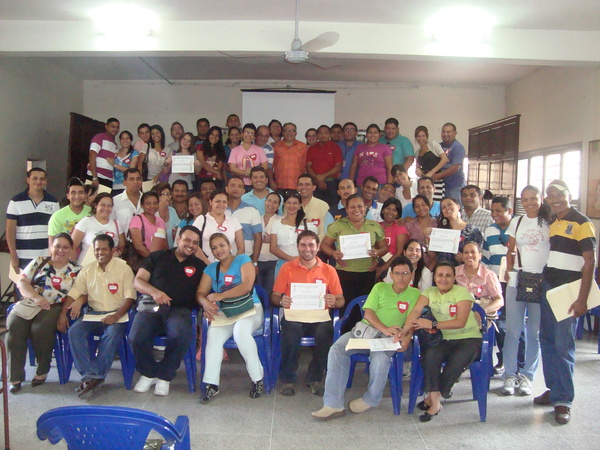 The Vicar of the diocese contacted us and asked us to take charge of the marriage preparation courses. Eventually 15 to 20 couples began attending these monthly meetings.

A number of these married couples later joined our directive team. A lawyer helped out with legal aspects of marriage, while his wife offered advice on managing the finances at home. Two of their children are now our godsons. We are also the godparents of the child of another couple who became part of the directive team—the husband is an electrician and the wife a lawyer. Another couple, both lawyers, who took the course with us in 2001, also asked us to be godparents for their child. Thus a number of young couples have joined us and we have become one big family in favor of marriage formation. 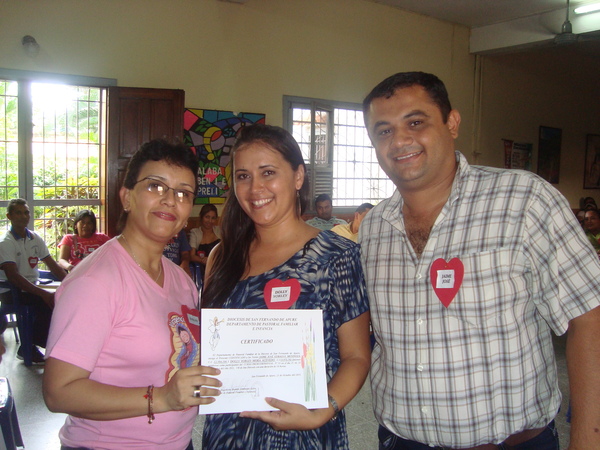 And her husband returned...

I also began a course on Catholic doctrine for women who live nearby. One of them lost her only daughter in a traffic accident and distanced herself from God. Her husband became an alcoholic and they separated. One night I had a long conversation with her in my home. She was bitter about what God had allowed to happen in her life and rebuked me for my faith and trust in God. We spent the whole night talking. It was a challenging dialogue in which I too was put to the test. I kept in touch with her and eventually she decided to return to the doctrinal course.

In the classes I told them that prayer could move mountains, and if we were persistent it could bring about what seemed impossible. She began to pray for her husband, and not only did he return home but he even began going to Mass again with her. Now she is a great friend of mine, and even though she had to leave Venezuela she and the other women from the course are part of a WhatsApp group, where we continue studying the Church’s teachings and ask other women to join. Due to the pandemic we can’t meet in person, but we have been able to keep in touch even with those who have left the country.

Looking back on our 31 years in Apure provides so many reasons for giving thanks. We have seen our eight children grow up and mature (one of them is already in heaven). We have brought people health with our professional work, and helped form many married couples in this mission territory. And our hope has been strengthened, making us eager to continue our daily struggle and our efforts to bring many souls to God.