Janvier Mahougnon Gbenou is 31 years old and comes from Benin Republic. Last November 5, he was ordained a deacon along with 34 other members of Opus Dei. His country Benin, birthplace of Voodoo and with a flourishing christianity will play host to Pope Benedict XVI on the 18th to 20th of November.

How do you see the forthcoming trip of Pope Benedict XVI to your country?

It’s going to bear a lot of spiritual fruits just like his previous trips have done.  In Africa, Europe or in America, wherever he goes, the Pope has always been well received in spite of isolated cases of criticisms. 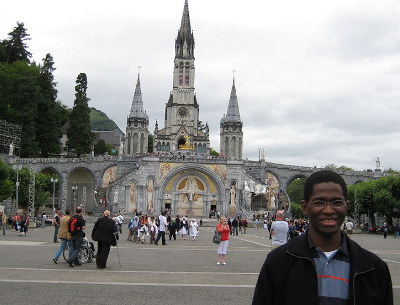 Benin is known as the birthplace of Voodoo.  Does the christain faith find it very difficult to dig deep roots into the African culture due to the influence of paganism?

I don’t think so.  There are many Catholics in Africa who live their faith 100% and sometimes in heroic ways.  In my family for example, we all became Catholic thanks to my grandfather.  He was previously polygamous before his conversion to Catholicism.  When he became a Catholic he put away his other wives and remained with only my grandmother.  His younger brother also converted and when this latter died, my grandfather opposed those relatives who wanted to give him a pagan burial.  Funerals have to be Catholic and so it was.  However, shortly afterwards my grandfather was poisoned and died.  My father did not get to know him because he died before he was born.  My father was however baptized shortly after he was born and today everyone in my family is Catholic.

That is true and I think that one of the messages of the Pope will be to call on them to live their faith with coherence.  For instance, when we moved to Ivory Coast, although my father and mother were baptized Catholics they continued to take part in some pagan rituals. My father tells me that one day in 1989 I asked him: “Papa, if we are Catholics, why do we continue going to Tron-alafia?”  I would later recall that it was the same year I was preparing for my First Holy Communion and that this topic had come up in one of the Catechism classes.  My father had no reply to my question which left him pensive.  A year later, thanks be to God, he and my mother were married in the Catholic Church and we never went again to Tron-alafia.  Thus I think it is a question of formation, patience and God’s grace.

The African continent is beset by many calamities; take for instance the war in Ivory Coast, famine in Somalia, etc.  Do you think that Africa still has reason to hope?

I remember Bruce Willis’ movie, “Tears of the Sun” on tribal violence in Africa where the actor, “God has abandoned Africa”.  Sometimes in the face of misfortunes and calamities, not only in Africa but also in any part of the world one could say, “God is guilty.  If he is so good, why does he allow these things to happen?” Has God really abandoned Africa?  I don’t think so.  Actually the really guilty one for all these human calamities is man himself and the evil in his heart – sin.  This is why any solution for human development must begin first with a cure of the human heart.  Benedict XVI has said that “charity in truth is the main force behind the authentic development of every person and of all humanity”, and this applies as much to Africa as to everywhere else. The solution to Africa’s problems cannot be measured against human dignity, as for example the promotion of abortion as proposed by the Maputo Protocol.  The solution is education, through the return of “brains” to work, to reconciliation, etc.  This is what our African brothers and sisters suffering from AIDS, malaria, tuberculosis or war-induced poverty expect from us. 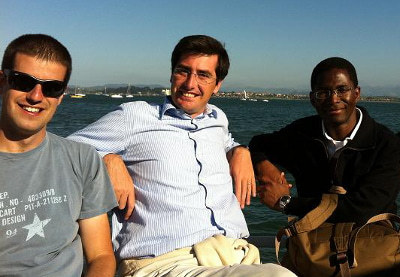 Are there any positive contributions that the different African traditions and cultures can make?

African cultures and traditions foster many virtues, and virtues help us all to become a little better.  I have always been impressed by some words of Nelson Mandela.  In a letter he wrote to Winnie Mandela from prison on February 1 1975 he said: “Honesty, sincerity, simplicity, humility, generosity without expecting anything in return, lack of vanity, the good disposition to help others (qualities within the reach of everyone) are the foundation of a person’s spiritual life.” That is to say, we cannot all be rich, or famous, but we certainly can all be virtuous.  Leo XIII said: “Virtue is the common inheritance of all mortals, attainable equally by both high and low, rich and poor”.  Therefore if men are virtuous, society will be virtuous, and united to God’s grace, this is what makes us holy.

Any personal recollections of Benedict XVI?

"Any solution for human development must begin first with a cure of the human heart".

Yes, an unforgettable one!  I was able to great Benedict XVI in April 2009 during an audience he granted to the student participants in the UNIV International Forum.  It was just after the Pope’s trip to Cameroun and Angola and we African students wanted to present to him a letter of gratitude for that trip.  This Pope loves us a lot.

When did you meet Opus Dei?

I met Opus Dei in 1997.  I lived and studied in Ivory Coast, and it was there that I met my best friend, an Ivorian whose father was Muslim and whose Catholic mother was a supernumerary of Opus Dei.  We were both sixteen years old and attended the same school.  He invited me to an activity of Christian formation and that was when I fell in love with Jesus Christ and with the Christian message of Opus Dei. 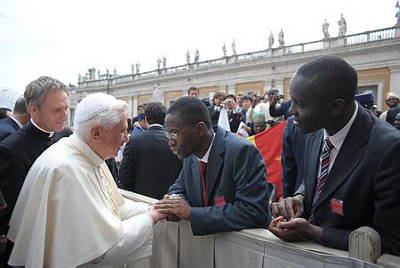 And what has your experience in Opus Dei been like?

I come from a poor family.  My father is a mechanic and my mother a housewife, and we are nine brothers.  For me, the vocation to the Work, my diaconal ministry and later the priesthood means being able to say: “I want to love God and to make of a my life a service to others”.

Are you afraid to being ordained a priest?

Absolutely not!  On the contrary, I would say that I have three reasons for feeling confident.  The first is that I know the prayers of many Christians accompany me; the second reason is that once I am ordained a priest, my task will be to transmit grace and Christ’s message.  Transmit and not to invent or improvise.  What I will give will not be mine but Christ’s; and finally I feel confident because I know I am in the hands of the Virgin Mary, Mother of all priests. 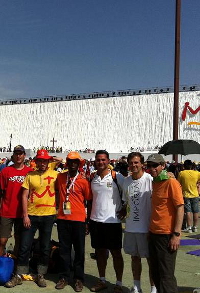