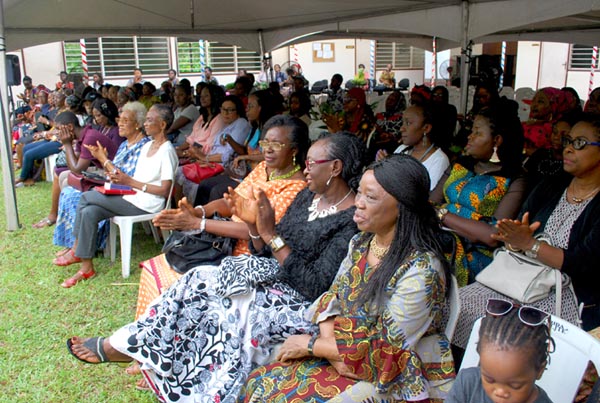 It all started out as an idea. Wouldn’t it be nice to invite some of our friends and their families to watch the Beatification Ceremony with us in the Centre of Opus Dei that I frequent? Everything snowballed after that. It was less than two weeks to the event and there was as yet, no fixed plan.

First of all, it wouldn’t have been possible to fit everyone in the sitting room – our largest venue! So, the idea of an outdoor screening emerged. Since this was the only solution to our predicament, we decided to pray to the soon-to-be-Blessed for good weather. This was the first intention because we are in the middle of the rainy season. Not long before, we experienced a torrential downpour that stopped the entire city of Lagos in its tracks. Flooding and traffic jams were not what we hoped for on the day of the Beatification! 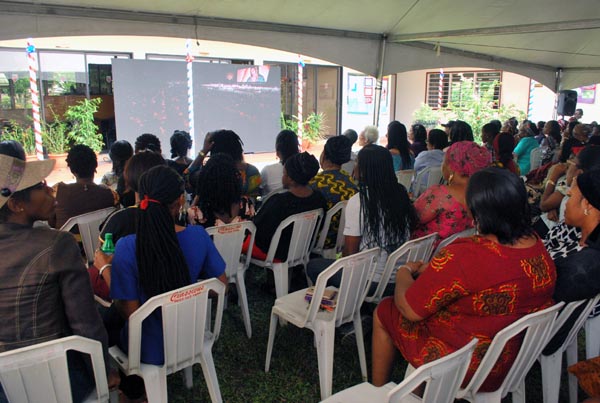 The next stage was to group ourselves into committees and start working on organizing the event. There was a committee for everything: publicity, marquee rentals, multimedia equipment, refreshments, ushering, and many more. All the supernumeraries, cooperators and friends contributed towards the needs in different ways. It was a wonderful time and everyone was excited about bringing Madrid to Lagos.

The day before, the marquees arrived, chairs arranged and a giant screen set up for the event.How moving, a group of technicians whom we had hired, worked till late to ensure everything worked perfectly. 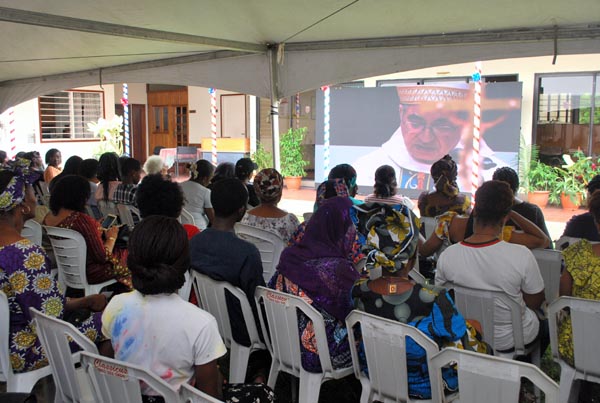 The day dawned with the sun shining brighter than it had done for some days. Guadalupe interceded for us and the weather was brilliant. Not too hot, yet bright and sunny, and more importantly, no rain. There were over 250 people in attendance. The Centre was filled with the noise and laughter of kids, excited adults and the birds that nest in the mango and palm trees dotting the compound.

We started with Mass and the priest was available to hear confessions. There was a constant stream of people waiting to go for confession. A few minutes to 10am, the screen lit up and we were in the Palacio Vistalegre! It was so moving.Everything went smoothly. Ifeoma made a few announcements and then encouraged everyone to take part…we are in Madrid! As soon as the procession to the altar begun, a hushed silence fell upon the entire venue. We were literally attending Mass via the big screen.Several people even lived the moment by praying out loud and making the appropriate gestures during the Mass. During the Gloria, we all sang with strong voices. It was beautiful. After the words of the beatification were pronounced and Blessed Guadalupe’s image unveiled, there was a loud applause and very few dry eyes.

When we saw Maureen take the Prayer of the Faithful, we were very pleased with the representation from Nigeria. It was made even more special that her sister was with us watching the events.

All in all, we had a wonderful time. We pray for the fruits that will come from this momentous event of Guadalupe, our very own sister and now a Blessed.