With Spade in Hand

A group of young Germans and Africans teamed up last summer to help build a dormitory for girls in a school in a poor district of central Uganda. 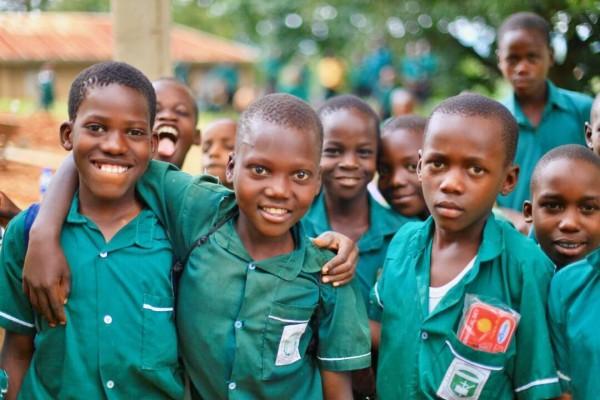 For some years now, Bugala Study Centre in Kampala, Uganda, in conjunction with groups from various parts of the world, has organised social projects during the European summer period. These projects, popularly called "work camps," aim at improving life in the less privileged or rural areas in the country, especially in what touches on education.

This year in August, a group of 12 German nationals, 10 Ugandans and 1 Kenyan camped at St. Kizito Primary School Buyinjabutole in Gomba district, Central Uganda. The school, which was started in 1927 by the White Fathers and the local community, is currently run by nuns of the Immaculate Heart of Mary Reparatrix congregation. It began with grass thatched structures till the 1950’s when permanent buildings were constructed. The enrolment is 820 pupils, taught and guided by fifteen teachers.

The school in recent years decided to start a boarding section especially for the girls who were prone to dropping out of school due to early marriages, excessive work load at home, and at times long distances to school. Two classroom blocks were converted into dormitories for that purpose; but over time the facilities were not able to accommodate the increasing number of pupils. The school, with some support from the government and the parents, began the project of constructing a more spacious dormitory block for the girls. But they ran out of funds before they could complete the project. The work camp, which lasted two weeks, helped them finish this building. 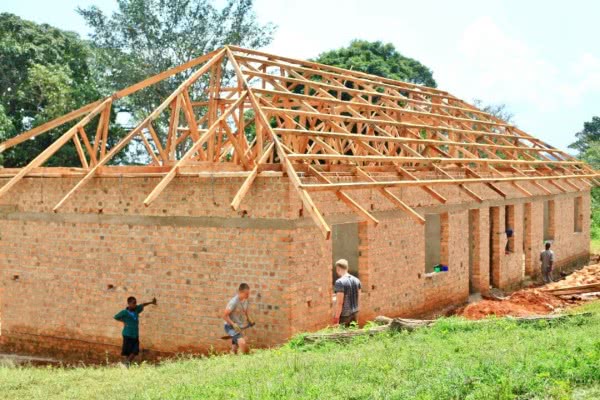 We arrived in Gomba on Saturday 12th August and used the weekend to settle in. Workdays were Monday to Saturday. The days would typically start with half an hour of prayer in the morning, Holy Mass and a good breakfast. We would then take a ten minute ride to the construction site on the back of a truck, though some fellows preferred to jog the 5km stretch as a warm up for the day’s work. Typically, work in the morning would begin at 9:30 am and last till 12:30 pm, when we would take a break for lunch and return at 2:30 pm and work for two more hours. 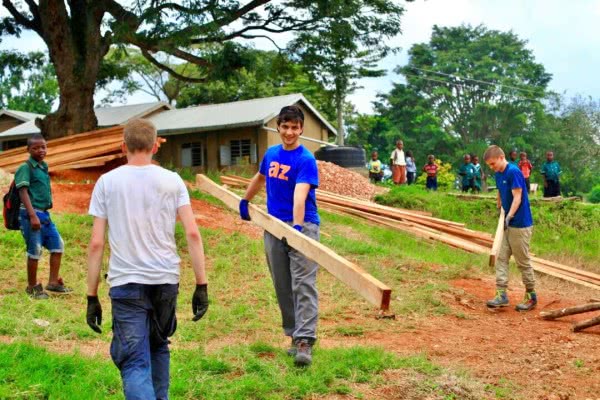 At the site, some with a spade in hand, others with trowels, hoes, pickaxes or wheelbarrows, we would get to work. We had five masons who were guiding us through the different kinds of work. We helped ferry water, sand, timber, cement and gravel; we manually mixed the concrete and mortar and supplied the masons who actually constructed the walls. Ours was more of a porter’s job. By the end of the two weeks, we had put the floor to both rooms, constructed verandas, inserted windows, plastered the interior walls and put up the roof. The masons were then left with plastering the exterior of the walls, inserting the doors and later on painting. 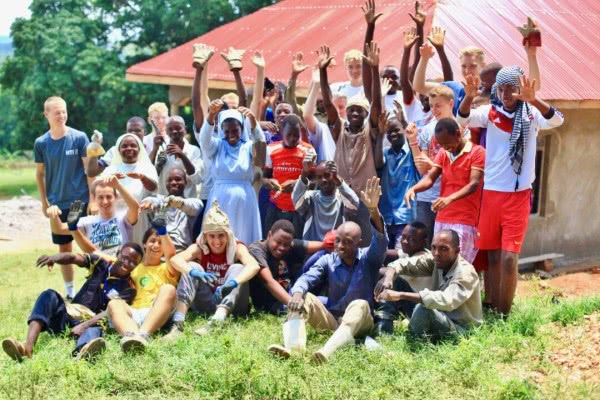 The evenings had many opportunities for resting in different ways. Some would read a book; most of us played soccer, and a few played cards. We would have dinner at 7:30 pm, say the rosary and then have a get together and retire to bed. On Sundays, we sometimes joined the parish for Holy Mass, and visited nearby families. We also organized football matches against the teachers and the local community. We played three matches, won two and drew the other. 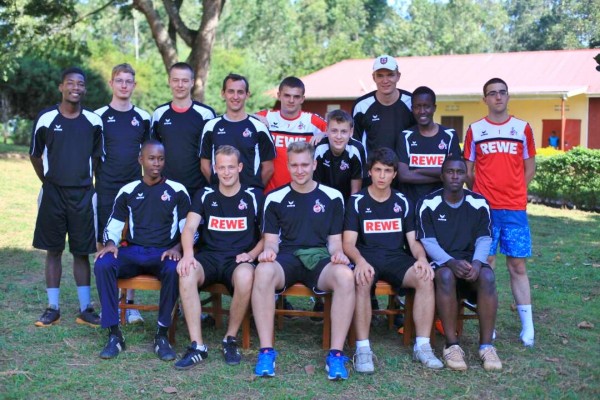 Towards the end of the project, the school organised a farewell ceremony at the assembly grounds. The school choir entertained us with 2 “top chart” folk songs, a play and a traditional dance. The head teacher in her speech thanked the group for the work done to help the school and gave presents to the members of the group. With the completion of the project, life will be much better for the pupils. The girls will have a more spacious lodging, the old dormitory can now serve its original purpose and relieve overcrowding in other classrooms. 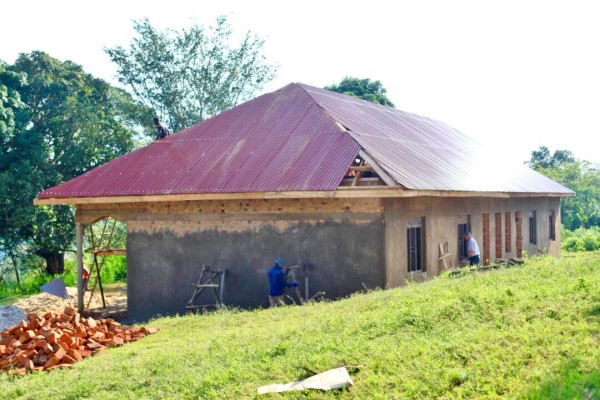 The head teacher also mentioned that the completion of the girls’ dormitory compels them to start a similar project for the boys. We left Gomba on Monday 28th August.

The work camp was crowned with a safari to Murchison National Park to spend some time with the amazing wild species of the Pearl of Africa and get to ride on the Nile. The Germans took their flight on 31st August. We can hardly wait for next summer. 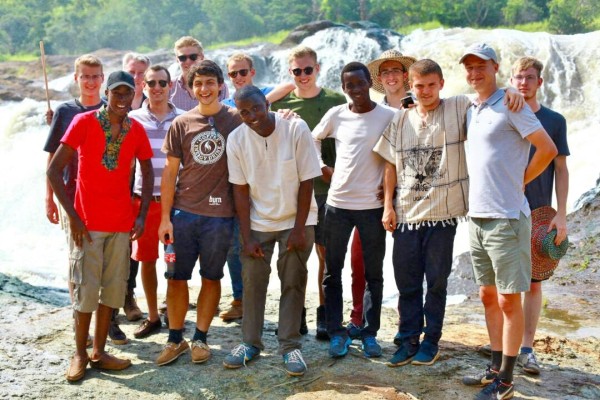