A Song to Life

Maria Requena, an Associate member of Opus Dei, died last August at the age of 44, a victim of cancer. Her life as a nurse, dedicated to providing palliative care for terminal patients, is a source of inspiration for many people. 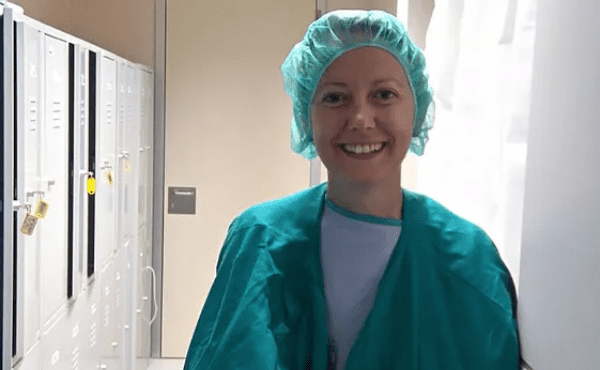 Maria Requena before entering the operating room for surgery on her cancer.

“When someone with a grave illness asks for death it is because everything else has failed. It is a failure, not of the person who is suffering, but of the entire system, which hasn’t given that person the care needed in that situation.”

These are words of Maria Requena, a nurse who specialized in palliative care. After years of caring for cancer patients, she herself came down with a cancer from which she died last August, surrounded by the affection of her family, friends and colleagues.

Maria was an Associate member of Opus Dei. She discovered when she was still quite young – first in the home of her parents and soon after in the formation she received in Opus Dei – that caring for the sick, elderly and disabled was a treasure because it is a way of meeting Christ. That discovery was a determining factor in her choice of the nursing profession and her eager commitment wherever her work led her.

Maria received posthumously the 2020 Award for Volunteer of the Year, which the Council for Women in the Region of Murcia awards each year. In 2018 Maria had already been honored with the City of Cartagena Award for Volunteer Commitment for her promotion of volunteer activities for the care of cancer patients and their families. 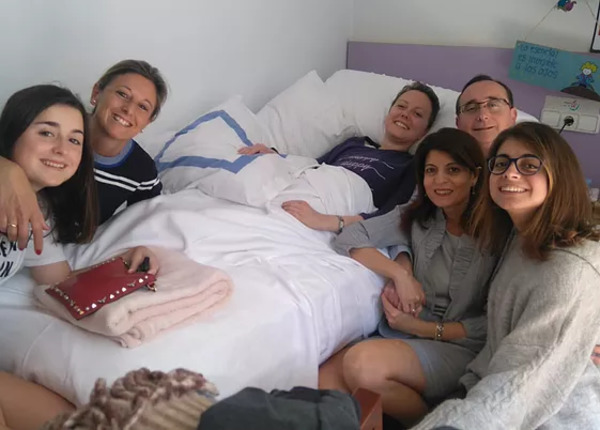 Maria was a teacher in the Nursing School of the FADE Foundation, while also providing care for hospitalized children and their parents and family members in the Naval Hospital of Cartagena.

During the months when she was ill, Maria wanted to try to help shed light on the debate over euthanasia, so she began a simple blog. There she shared her professional and personal experiences, seeking to give light to those who might have lost any meaning for their life. This was also her contribution to imminent legislation on the question of euthanasia in Spain.

The blog, entitled You are important for being you, opens in this way: “I am Maria Requena, a nurse specializing in palliative care who, after working for years in the hematology oncology unit of St. Lucy’s Hospital in Cartagena, now suffers from stage 4 metastatic cancer.

“I would like to create here a meeting place, a peaceful pool of creativity, where people who suffer can share their fears, pain, worries and experiences. And, why not, where we all may learn to be happy amid suffering and pain.” 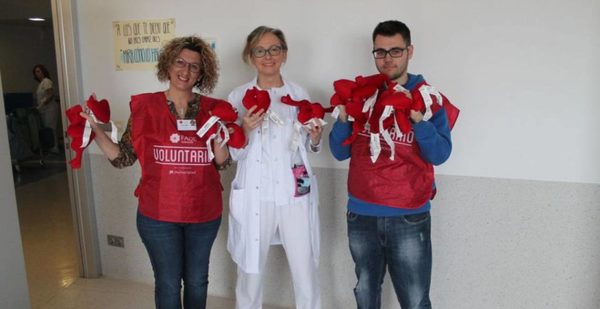 A passion for nursing

Maria defines herself as “a woman with a passionate love for nursing.” After studying at the university in Murcia, she obtained a Master’s Degree in Palliative Medicine in the University of Navarre (in collaboration with the Laguna Hospice Care Center in Madrid). She wrote her Master’s thesis on the pioneering work of Cicely Saunders, a British nurse and later physician who is considered the founder of modern palliative medicine.

Maria Requena saw the work of Cicely Saunders as putting into practice what she had learned from the founder of Opus Dei, who taught her to see the suffering Christ in the sick: “Children. The Sick. As you write these words, don’t you feel tempted to us capitals? The reason is that in children and in the sick a soul in love sees Him” (Saint Josemaria, The Way, 419).

In an article published in ABC in Madrid entitled “Care For, Don’t Kill,” Maria spoke about what she had learned from Dr. Cicely: “This woman revolutionized the way of confronting pain and death. She showed how patients at the end of their life suffer a ‘total pain,’ because they suffer not only physical pain, but also emotional, social and spiritual pain. Cicely Saunders didn’t choose to remove the pain by eliminating the person who is suffering, but rather she provided training for professionals who can care for all the dimensions of suffering.”

For many years, Maria also cared for her sick mother who suffered from Alzheimer’s, until her mother’s death in 2011. It was then that she found herself with more time to help begin volunteer initiatives to care for sick people.

On receiving her diagnosis of cancer she said, “I have moved to the other side, to a life of pain and vulnerability as a person with an incurable chronic disease.” Maria decided to take advantage of her new circumstances to make her voice reach farther at a time when Spain was debating amid a sea of opinions on the best way to help people die with dignity.

The short video below (in Spanish) is a tribute to Maria Requena’s life by her friends and professional colleagues.