An interview with Jotham Njoroge (the voice behind the Nexus Podcasts) about this resource for young men. With an audience now in 30 different countries, they are reaching far beyond Kenya. 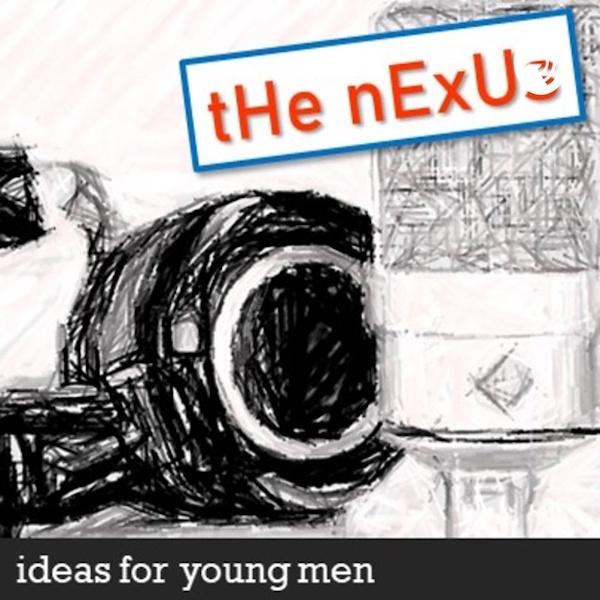 First of all let's begin with the name of your podcasts: "Nexus". Where did that come from?

I think the name Nexus came up because we wanted to start an activity that would cater for those young men who are no longer in university, and neither are they too advanced in their careers. Basically, your typical young professional or someone looking for work after university has a new experience of life, and that comes with its own challenges. The Nexus helps them cope with this interim period, and so it is really a plan of formation for the ‘nexus’ between student life and professional life.

It started off as a monthly meeting, every third Friday of the month, from 6pm to 9pm. We start off with an interactive talk, given by a guest who has valuable experience in one area of life that we’ve invited him to talk about. We follow this with a meditation in our chapel, where the priest helps us talk to God about how the topic of the talk impacts our relationship with Him. After this, we have some snacks amid getting to know each other better, and finally, we have an hour of Q and A with the guest. This last part is usually the most interesting, because it reveals people’s personal and shared concerns and challenges. I think it captures best what C.S. Lewis said about friendship, that it’s a - “What? You too? I thought I was the only one.” - kind of moment.

And who is your target audience with these podcasts? Why or how come?

Our target is any young man who either feels the need to fill in the gaps left by an incomplete upbringing (whatever may have caused it) or those who feel there’s more to life than what they have, but don’t yet know where to find that “missing thing.” Since we deal a lot with young men in Mbagathi Study Centre, we had a feeling of what kind of topics these “missing things” are. They include questions like how to make meaningful friendships and relationships, is life more than about making money, what is true manliness. There are also difficult subjects that are a kind of elephant in the room, like how to deal with pornography and alcoholism.

Since we launched the podcast on Anchor FM, we’ve been getting some very interesting statistics. For example, 20% of our audience are from outside Kenya, of 30 different nationalities! The highest foreign group is from the US. And although we wanted to reach young men, there is a 10% audience of women. But true to our target, more than half of our audience are between the ages of 18 and 27.

What did it take to start these podcasts?

The podcasts are a spin-off to the meetings we were having live at Mbagathi. We realised that there were some people who felt so hurt for having missed the live session with the guest, that we decided it would be a good idea to record them. However, this idea came almost a year after we had started our first Nexus. So that’s when it occurred to one of us to set up a one-on-one zoom conversation with some of the previous guests, record the meeting and post it as a podcast. And that’s how the Nexus Podcasts were started, on the 1st of May 2020. This, by the way, had nothing to do with the lockdown. But we are glad the podcast idea came at the right time, allowing people to follow the activity that had to move online due to the lockdown. We still meet every third Friday of the month, but unfortunately, there are no snacks involved.

The technicalities of setting up the podcasts are quite simple, although there is a bit of a background story that I’ll tell you just now. For the podcast equipment, all you need is a microphone and some recording software that can do minimal editing and a zoom account for calling up your guest and recording the conversation. By the way, Zoom doesn’t close after 40 minutes if you are only two people: the interviewer and the guest.

Now, for the background story: As you know, nobody likes the sound of their own voice, when they hear it for the first time recorded and played back to them. That was the same for me. I bought a microphone a year ago to try and produce audio versions of some articles concerning Blessed Guadalupe Ortiz, to try and promote devotion to her as the weeks lead up to her beatification on the 18th of May 2019. I recorded myself reading the first article, and it sounded horrible to me, as you can only imagine. That’s when I sought out a friend whose voice I like. When he heard his own voice played back to him, he got the same nasty effect. But I convinced him that between the two of us, his voice sounded much better. What’s more, he has a sister who can read really well, so it was a perfect match. She would record the parts of the article that had Guadalupe quoted, and that would give it a more real and natural feeling. After Guadalupe’s beatification, the project kind of died, and we retired the microphone. By the way, the Guadalupe recording have so far about 1000 plays. It’s only a year later that I picked up the courage to try again, this time putting up with my own voice. As a friend of mine likes insisting, “finished is better than perfect.” So I gave it a go, at least to say that I’ve tried, and the overwhelmingly positive response from the first podcast episode gave me a lot of encouragement to continue with the project. So far we´ve recorded 9 episodes, and I’m finalising the tenth and last one for the “first season.”

Which of the episodes you've produced so far would you say has been the most popular? Why do you think this is so?

The most popular episode by far is the one on, “What not to say to a woman in the workplace.” I think it was a hit because of two reasons: one is that the guest, Dr. Beatrice Njeru, is a very charming woman, she knows just what to say to keep you listening and engaged. She’s a communications expert, lecturing communication at Strathmore University, and I think her professional skills had a big role to play in the success of the episode. The other reason is, in my opinion, a worrying sign of the big knowledge and social skills gap that there is among young men. School seems to prepare their brains, but not their hearts and feelings. I think that many men think they can get by with their intelligence only, and this works fine if you are interacting with problems and machines all day, especially in school. However, the professional world is full of human interactions and half of those interactions are with women, who you cannot treat them the same way you do an exam or a computer. So that’s why many young men are inept at dealing cordially with women in the workplace, without being sexist or sending the wrong message.

And what are the plans for Season 2?

I currently have not thought much about season 2, so I can’t answer that question. However, from what I’ve gathered from previous episodes, the ones that are most popular are those that enhance people’s capacity to form relationships, whether professional or personal. As I said before, school has prepared us well in dealing with inanimate beings, but not with beings that have a heart, including God.