Memories of the Father's Visit to East Africa, 1

It is already a year since the Prelate of Opus Dei, Mons. Fernando Ocariz, visited the region of East Africa. Here is Part 1 of some of the fond memories we hold from those special days of 14th – 22nd December 2019. 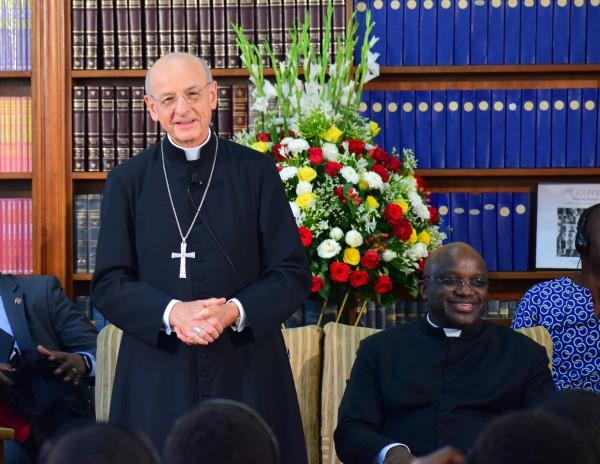 The Father during the get-together with young men in Strathmore School.

"...one of the most important and moving scenes in the entire New Testament, the moment when Jesus is about to ascend into heaven when He addresses his very last words to his Apostles who are gathered around Him on a hill outside of Jerusalem near Bethany. He tells them "Go into the whole world and proclaim the good news to all creation". With these words which are also addressed to us, Jesus expands our horizons. The world that the apostles knew was at most Israel. Most of them had spent their lives in small fishing towns along the shores of the Sea of Galilee. Now, however, they are told to go into the whole world preaching to all creation. We know that once, years earlier, Jesus had told them to go a little further into the sea, into a sea that they knew well, looking for the fish they had been catching all their lives. But now, as Jesus is leaving them, they are told to set out into the vast unfamiliar sea of the whole world, all nations, all races, all languages, all cultures, all professions, all social classes...

As we listen to our Lord's words today, we know that we have received exactly the same call to be apostles, to be fishers of men. We are apostles because we have been sent into the worl on a mission that is beyond our imagination, but within the plans of God..."

"From the preaching of The Father, Mons. Fernando Ocariz."

"The apostles were a tiny handful of people, without money and without power, in a Roman empire that was deeply hostile to their message. ...The people of those days did not know that they needed Jesus Christ. They were not seeking him. As St. Paul says, the Jews were seeking signs and Greeks were seeking wisdom.

On the sea of today's world where we have set out into the deep, we will find wind and waves. There will be many difficulties: atheism, relativism, materialism, ignorance. It can seem that we are living in the times spoken of by Amos the prophet in the Old Testament when he wrote: "'Behold the days are coming,' says the Lord God, 'when I will send a famine on the land, not a famine of bread, nor the thirst of water, but of hearing the word of the Lord.'" Yet we cannot be discouraged for both our reason and our faith tell us that where there is a famine, there is a deep hunger even if it's not understood, even if it is denied. And as Christians we have the solution to the problem, the food and the drink that is necessary for the human soul, the answer to all of the deepest questions. We know that what every human being needs is a person named Jesus Christ; this is the very need of all people: Jesus Christ. He is the answer to all the questions."

"From the preaching of The Father, Mons. Fernando Ocariz." 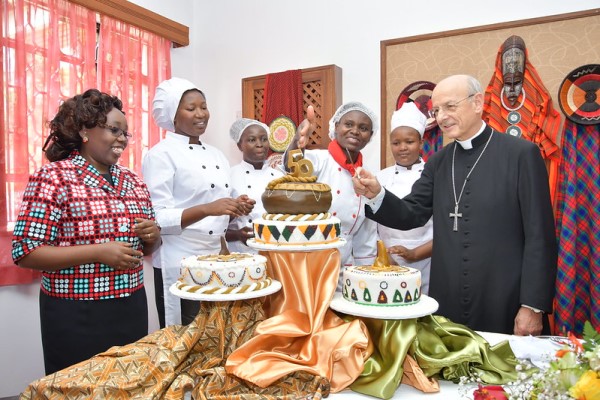