An unmarked driveway off Karbasiran road in the Westlands area of Nairobi slopes gently to a fenced enclosure. At a corner, slabs laid into the earth form a pathway to a shaded grove. A thick concrete pedestal stands about a metre high. Surrounding it, four wooden posts hold a pergola roof over a beautiful statue of Our Lady. The life size image is cast from stone and painted white. Her gentle face looks down benevolently at those who come to seek her intercession. 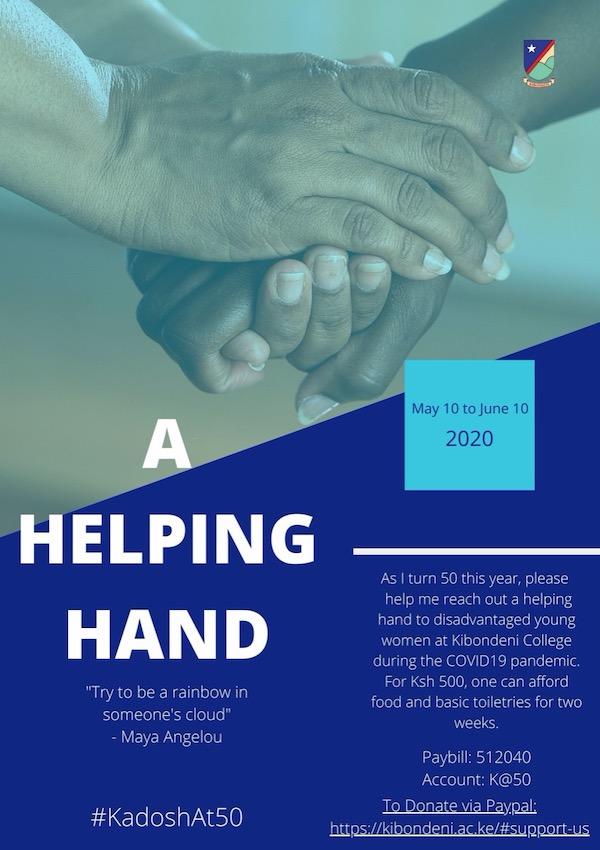 This year, heavy rains and unusually strong winds ushered in the month of March. One night, a section of the roof of the shrine was blown off. Word went round immediately to all those who frequent the Carmelite convent in whose garden the sanctuary is found. A collection begun in order to raise restoration funds. A temporary roof was erected and the Carmelites, elated with the help they were receiving, began to put in place plans to construct a proper grotto for Our Lady. Electina was among those who heard of the damage to the shrine and offered to help. We agreed to meet at the Shrine when she took her donation. We prayed briefly in silence at Our Lady’s feet amidst remnant branches of the damaged trees that had since been felled. We noticed that the image itself was slightly damaged, perhaps by a branch falling in the rain.

From the shrine, we could make out some of the buildings of Kibondeni College. Almost naturally, our conversation drifted to the students. They usually rely on casual jobs to make ends meet during holidays and were really struggling because of the restrictions that were currently in place owing to the pandemic. I commented that we were trying to see how to help and had been soliciting Bonga Points that they could shop with under the Safaricom ‘Bonga for Food’ campaign. Electina had previous experience of assisting with paying fees and easily understood their circumstances. We soon parted ways with a final glance at Our Lady. Little did I know that she, in that moment, added the Kibondeni girls into her embrace. 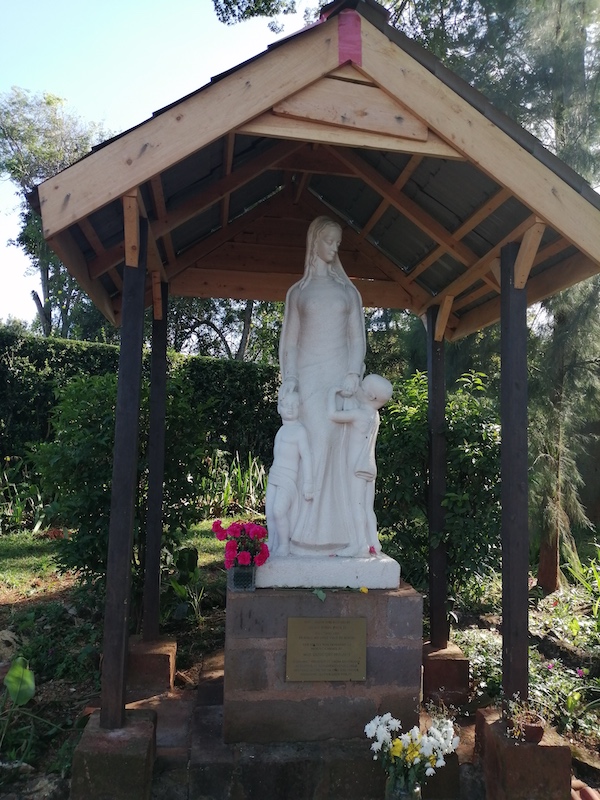 A few days later, I spoke to one of the students over the phone. Her circumstances were very difficult. She wanted to know if I knew of anyone who would employ her. I had received information about many students in a similar situation from their mentors. The Bonga Points we had received did not go very far; there had to be another solution....

That same evening, Electina called me. ‘I am turning 50 this year’, she continued, ‘and one of the things I would like to do is to support 5 charities beginning with the girls at Kibondeni College.’

I was dumbfounded with joy! When asked why she had settled on Kibondeni College, Electina had this to say, “I have been thinking about my brief moment with Our Lady in the garden the other day. My thoughts have mainly been drawn to the scene at the wedding in Cana. There was need to do something and she pondered quietly at what she knew Our Lord could and would do if asked. Perhaps, we could all seek to be a bit more thoughtful so we could SEE, HEAR and find a way ... That is Our Mother’s way, has always been. She knew ... and she kept quiet. ... Life can be busy and rushed; may we too learn, in the quiet of our hearts and minds to hear, listen, obey and do His Bidding.”

Having outlined her plans for the initiative, Electina asked for the College logo. ‘My daughters will design the poster.’ she said.

Thus the #KadoshAt50 campaign (Electina is nicknamed Kadosh derived from a Swahili word meaning the small one) was launched under Our Lady’s mantle. In the two weeks since, we have received generous contributions as Electina’s friends and acquaintances joined the cause. Many others have seen the poster and have decided to help as well. Remarkably, a number of these are college alumni whose own livelihoods are just as threatened by the crisis The College has since been able to offer assistance to the first group of 27 students for a two-week period. I have tried to thank Electina but she has asked me to thank Our Lady; “It was she who did it.”