Esther Toranzo was a pioneer in many fields. She held a doctorate in Law from the Central University of Madrid. She joined Opus Dei in 1949. In 1952, she was amongst the first group of ladies who went to start the Work in England. She came to Kenya in 1965 to manage Kibondeni College, a Hospitality Institution for young women, which was in its infancy. 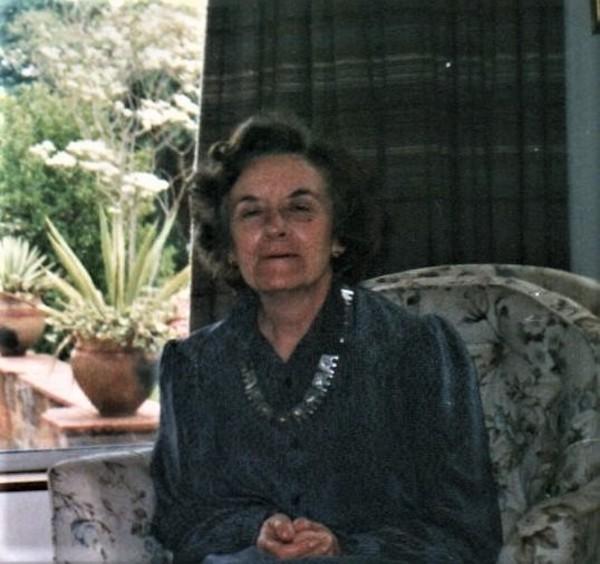 She left for Spain after the visit of Blessed Alvaro to Kenya in 1989, as her health began to fail. Esther returned to Kenya again briefly in 1992 to interview people on the book she was writing “En el Corazón de Kenia. 25 años de mi vida en el Opus Dei” (In the heart of Kenya, 25 years of my life in Opus Dei).

Esther definitely picked the right profession as lawyer, because she always looked you directly in the eyes when she spoke, as though searching for answers, while she asked “Are you sure or just almost sure?” This inquiring strategy she had made you come out with sincere answers.

Esther had numerous virtues that made her very attractive and approachable. I remember her delicate smile and willingness to help with my first project as a trainee. We were the first group of students to work on projects, since the Kenya National Examination was making some adjustments in the curriculum; therefore, the experience was new for both students and teachers. However, even with her tight schedule Esther guided me as I researched the “Benefits of Fats and Oils” in putting my paper together: writing, pictures, diagrams and research books according to the syllabus before submitting it to the examiners. This help gave me a respite, as many other tasks and duties awaited me.

Esther’s leadership style was not one of procrastination, what had to be done must be done. This discipline of getting things done without putting them off for later is one of the qualities employers look for in good managers and she definitely had it.

Esther was an audacious go-getter. “Obstacle” was not part of her dictionary. Running Kibondeni College involved financial difficulties and support was needed. An expatriate friend gave her a colony of chinchillas (little animals that look like small rabbits or squirrels, and whose skins are prized for fur coats…), believing that they would bring in a lot of money. They came in their cages and were installed on the terrace. Unfortunately, they didn’t do well and she had to abandon the project, but Esther never gave up trying new things. In the end, she decided to organize sewing classes with groups of ladies and sell the products. Kibondeni was always in Esther’s heart and so was the service Industry in general and those who worked in it.

Another distinguishing quality Esther had was her calm nature. Even when the world seemed to be falling apart and everyone was in panic. She lived in a serene world of her own backed by her supernatural life; her life of prayer and union with God. God was her first and last thought each day, which made her strong and able to handle any conflicts that came her way. For example, on 1 August 1982 there was an attempt to overthrow the Kenya Government. The situation of the country was unstable, and the general public was in distress. Esther calmed her team in the Catering Department like a competent leader; she came up with an exciting plan to keep them busy with gardening work and special activities to avoid panicking.

On another occasion while working with Trainees, a fire emergency occurred in the kitchen when one of the students left a Food Fryer on before going to class. Firemen were called as well as the Residence Manager who came promptly with one of the Priests. They put out the fire before the Firemen arrived on the scene. Even though this was a crisis, no one was hurt. 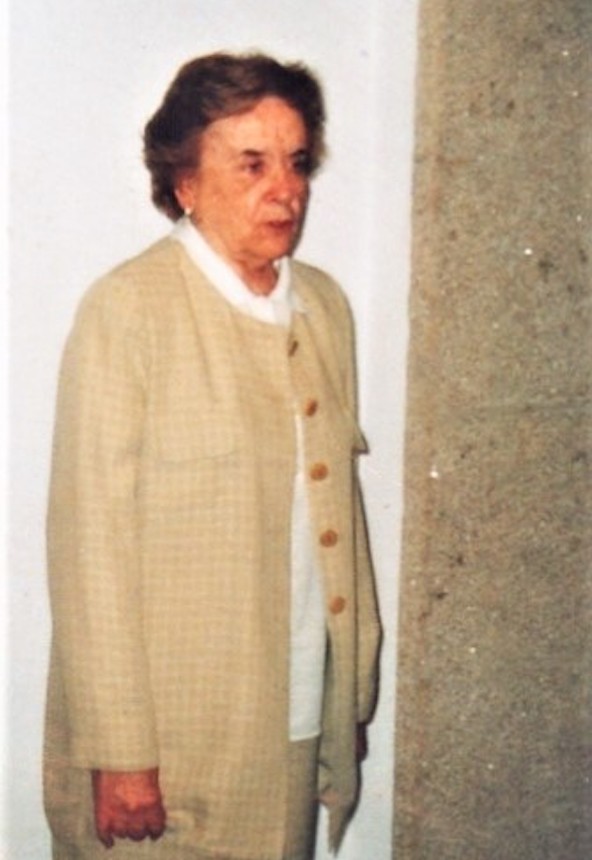 Willo, a friend of mine, mentioned that Esther visited her family in Kakamega in the 1970s and she gave her mother Kshs20. Her mother has never forgotten that act of kindness. That little money was so much then, and it was welcome because it came just when she needed it to buy some essential goods for the family.

There is one thing I share with Esther; I do not like driving, especially in large cities like Nairobi. I look for excuses to walk or take a train or bus rather than drive. Esther would walk from Kianda to Strathmore School Catering Department –a half an hour’s walk- to avoid driving. The advantage was that while you walked you could complete parts of the rosary and enjoy the beautiful landscape.

Anyone who knew Esther would be able to say many positive things about her. Our Lord tells us that the greatest virtue is charity which we should all practice and live as Christians. Esther’s life can be summed up as a life full of Love.

Learning about Esther’s going to heaven a few days ago was shocking, but at the same time an encouragement and a challenge. Encouragement, because Esther has made it! She was faithful. Heaven is our final destiny if we make it through our daily struggles and the grace of God.