Some of my friends were Catholic, and I took it upon myself to educate them about the errors of their faith.

When I was a child, the thought of becoming a Catholic had never crossed my mind except as a reprehensible idea. It was something to which I was committed to struggle against assiduously. In fact, I was so convinced against ever becoming Catholic that I did my best to convince my Catholic friends that they risked perdition.

Brought up near Kikuyu, a town on the outskirts of Nairobi, I lived with my Baptist uncle, his wife and children until I left for high school. There, my anti-Catholic sentiments found confirmation in a new group of friends. After high school though, more by chance than desire, I got myself admitted to Strathmore University to study for a Bachelor of Commerce degree.

I could not commute to and from Kikuyu daily, so I accepted an invitation to share a one-room flat in an estate near the University with a group of fellow students. Some of them were Catholic, and I took it upon myself to educate them about the errors of their faith. All gatherings were rife with never-ending debates about the true faith, pitting me and my new anti-Catholic friends against the Catholics.

One of my Catholic roommates was the daytime receptionist at Sudek Study Centre, a centre of Opus Dei. At his invitation, I accompanied him there several times. Its simplicity and calmness appealed to me and the people I met there fascinated me. But I struggled with its Catholic atmosphere.

When his friend got a job as a lab assistant at Strathmore University, I was approached, and accepted, to take over the now-vacant receptionist position. Now obliged to show up at Sudek every day, I got to know a lot more about the students and professionals who lived at the centre, as well as those who frequented it for various activities of formation.

Though it repulsed me, I found myself becoming more and more open to considering Catholicism as a valid way of life. The Catholics I met in Sudek were different. They were happy and convinced and had no trouble answering my many arguments against them and their faith. Before long, I was receiving catechism classes from one of them, Stephen.

One day, shortly before Easter in 2015, I called my uncle and told him that I was preparing myself to join the Catholic Church. My uncle, surprisingly for me, told me it was alright and wished me all the best. And so, on Easter Vigil, at the hands of John Cardinal Njue, the Archbishop of Nairobi, I was baptised into the Catholic Church and confirmed. 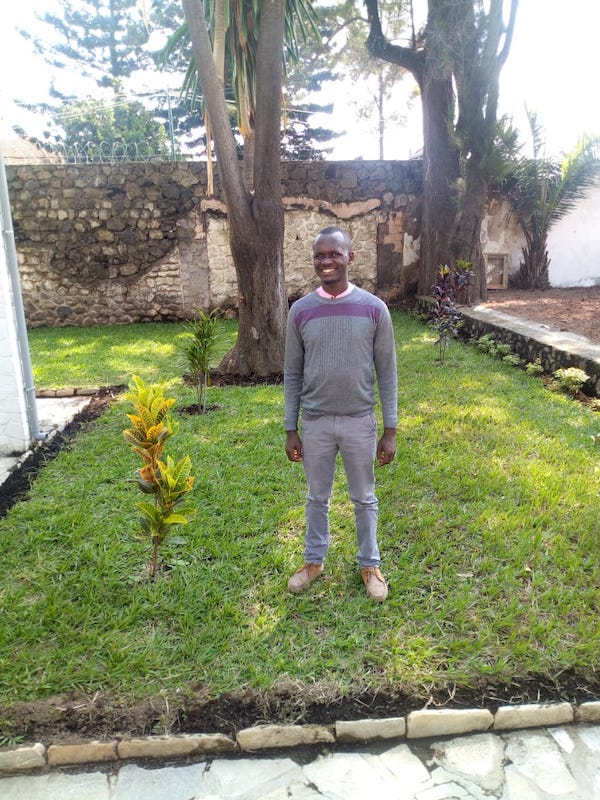 The next day, Stephen asked me to go to confession. It was a most terrifying prospect, but when I came out of the confessional, I had changed my mind. To this date, I consider the Sacrament of Reconciliation to be the guarantee of perennial peace, one of the greatest treasures of the Catholic Church.

But the story of my conversion does not end with that. In the shared flat, there was now one more Catholic and a fiery one at that. Before long, all of my non-Catholic roommates had converted. Back home, my uncle and aunt started drifting closer to the Catholic Church. Within a year, the entire family was received into the Catholic Church. In short, all the charm and valour I had invested in opposing the Church have now become my tools for drawing souls near me – my friends and family – into it.

I consider my Catholic faith to be the greatest gift I have ever received. I chuckle when asked if it has solved all my problems. It has not, but it gives me all the tools I need to face them. It is a struggle, but a worthwhile one.