There's always lots of joy when a son comes back from a lengthy stay abroad. This joy is even greater and more infectious when that son comes back as a priest! 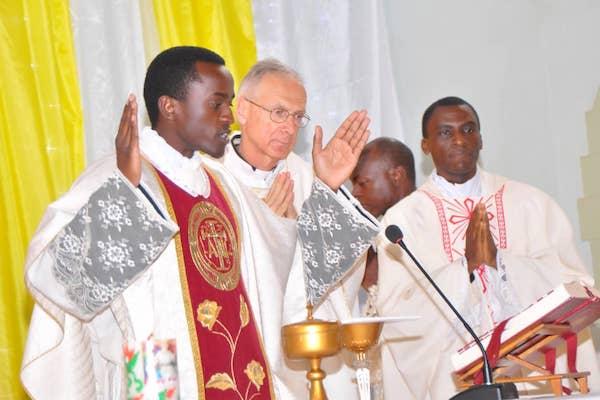 Two such days of joy and thanksgiving were Saturday 11th and Sunday 26th January.

Over at the heart of the Pearl of Africa, in the chapel of his alma mater, Makerere University, Fr. Jude Karuhanga celebrated a solemn homecoming Mass of thanksgiving.

Fr. Jude was ordained in 2018, in Rome, by Cardinal Robert Sarah, prefect of the Congregation for Divine Worship and the Discipline of the Sacraments. Fr. Karuhanga is the 6th born of a family of 7. He studied Electrical Engineering at Makerere University and a Diploma in Business Information Technology at Strathmore University, Nairobi, before going to the Pontifical University of the Holy Cross in Rome to study for a doctorate in Philosophy of Science.

The solemn Mass took place on Saturday 11th January at 2:00 pm in St. Augustine Catholic Chapel of Makerere University. It wasn't too many years previous that the young engineer used to attend Mass during his university days.

As the main celebrant, the young priest was assisted at the altar by Fr. Denis Wanimba, assistant parish priest, Fr Anthony Pastor and Fr Ivan Mukalazi. Another priest, Fr. Alex Mbonimpa acted as master of ceremonies.

The choir was one of the several choirs of Christ the King Catholic Church. One of the members was one of Fr Jude’s brothers who also sings in the Choir. They sang beautifully, accompanied by the congregation 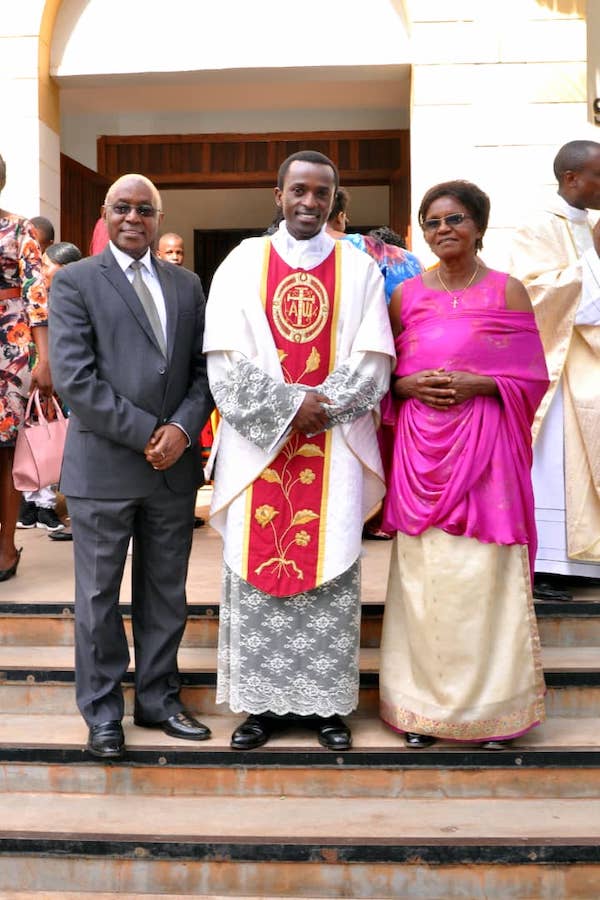 Two weeks later, on Sunday 26th January, in the Karen area of Nairobi, an anaesthesiologist-turned-priest was also celebrating his solemn homecoming Mass at his parish church of Regina Coeli, Karen. Fr. Paul Kioko's parents were married in that same Church; he was baptised and confirmed in that same Church and now had the great honour of celebrating this solemn thanksgiving Mass there in that very same chapel. 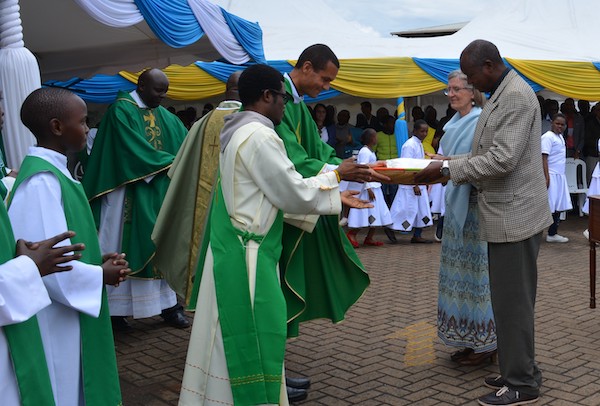 One particular great excitement for the members of that parish was that this new priest was for them the first priestly vocation in 67 years! Since news of his ordination reached them, they have been praying more earnestly for more priestly vocations and distributing small prayer cards with the same intention.

Fr. Kioko was ordained in 2019 in Rome by Cardinal Antonio Cañizares, Archbishop of Valencia (Spain). He is the firstborn of 3 brothers and studied in Lenana School before proceeding to the University of Nairobi where he obtained a degree in Medicine and Surgery. After several years working in Mater Hospital Accident and Emergency Unit as well as their Intensive Care Unit (ICU), he obtained a Masters in Anaesthesiology before proceeding to Rome to obtain a doctorate in Moral Theology.

Being a regular Sunday Mass at the parish, the large congregation numbering well over 500, didn't hold back in celebration despite the light rain at the beginning of the outdoor ceremony. The four-hour Mass ended with Fr. Paul presiding over the commissioning of 49 women to the Catholic Women's Association. 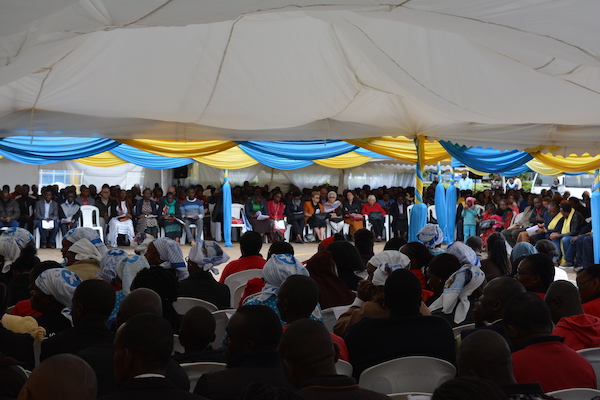