Al Byrne, who works in the IFSC in Dublin, was interviewed by The Irish Catholic about how he finds God in his everyday work, following the spirit of Opus Dei 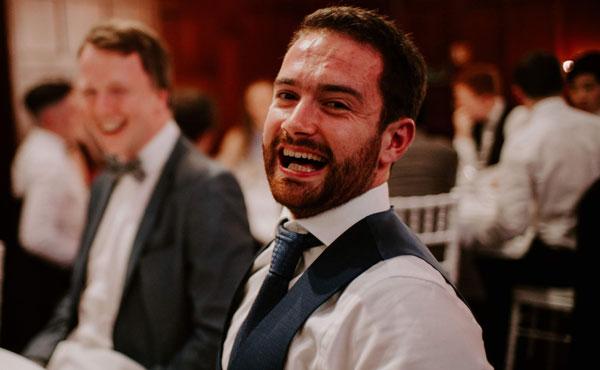 While the modern offices of Citibank and the humble carpentry workshop of Christ seem to many as though they couldn’t be further apart, Al Byrne informs me that they are really one and the same place, for one trying to live in imitation of Christ.

“I see that through work, we can participate in the creative power of Christ, the creative power of God. So, you’re co-creating, you’re basically renewing that time of Christ’s being in the workshop as a carpenter – trying to emulate the way he works. And trying to turn it into sacrifice and uniting that sacrifice, that work we do, to the sacrifice of the Mass, you know? It’s Christ’s giving himself over to us and we can give our work over to him,” he tells The Irish Catholic.

An earthy spirituality that is not often given voice in Ireland, it is typical of where Al came from. “I should say it’s mainly my parents. It was passed on to me by my parents. 90% of the responsibility lies with them … they did a great job. One of the things I have to say about my parents that really helped, kind of made it really real to me, was to see that my parents actually prayed. I’ve memories as a child of seeing both my parents early in the morning, or at least it was early for me at the time, during the week and weekends, sitting in the sitting room in silence just for half an hour straight or longer. Just in prayer. It adds a bit of reality to the whole belief system. It’s not just talking about Church-stuff or having to go to Mass, following traditions – there’s some backbone. It’s something that’s inspiring, a way of life.

“It was a very material spirituality, so by that what I mean is that it was really reflected in the day-to-day life, you know? It’s pretty much embedded in the spirit of Opus Dei, to sanctify everyday life. It was really passing on that thing – encouraging us to do things well, to tidy up our room, to devote time to study. So what any responsible parent would do, but there was always a spiritual dimension to it,” he says.

Having been introduced to the firm foundation of God by his parents, Al still found the challenges waiting for him that await all young people:

“I really grew into it because of them. Then, throughout the different stages of my life, my teenage years, going into college, I suppose I went over these things again. It was a continual renewal, you renew yourself through crises, right? Through questioning things, because obviously, I went to a Catholic school and most certainly not every kid in my class would have been from a good Catholic background or wouldn’t have faith necessarily, but a good few of them did, so there was a good support network. However, you go into college and that, sort of, disappears and you really need to have a good backbone because if society is against it, or if society doesn’t seem to go with it, you need a solid reason to believe it, especially when it demands so much effort.”

The effort he speaks of is the same one spoken of by G.K. Chesterton, who famously said, “The Christian ideal has not been tried and found wanting. It has been found difficult; and left untried.” For faith to flourish outside of a church, in the workplace, in family life, amongst those who disagree with you, Al believes a less-explored view of Christ is required.

“Getting to know Christ in his humanity … I think that’s a key thing. That was a big discovery for me. It wasn’t that God is just this supreme being that’s not palpable … he takes on our flesh, he takes on our weaknesses and overcomes them and then I don’t know, I began to see in Christ a person with struggles but who overcame them. And that’s inspiring. It inspires you to want to overcome things because there’s that person you look up to who already did that.”

It is in this way that Al comfortably sees himself toiling alongside Christ in the heated offices of investment banking. All of the stresses and struggles of our most mundane realities are there to be transformed for those who know and love God.

“I think the key for me is to strive to turn work into prayer and that is done by first understanding what prayer is. Prayer is to direct your life towards God, to grow in love. To get to know him a bit better and to be more like him because union with the person makes you like the person. Turning work into prayer is trying to live out the virtues, trying to do your work with the intention of obviously offering it up to God, but also trying to purify our reason over time, because there’s always a temptation, which is reasonable, to want to do well, or want to look well in front of your boss, and that’s all fair and good and fine, but that shouldn’t probably be the ultimate reason to why we try to do our work well, to why we want to spend so much time of our day there, you know?”

By this example, it is hoped that his colleagues come to see that God is not limited to the buildings erected in his name, but rather, is to be found everywhere. Even in work, where they least expect him.