The joyful ordinariness of the saints "next door": Blessed Guadalupe Ortiz

Irish pilgrims attend the beatification of Guadalupe Ortiz in Madrid - article in Intercom. 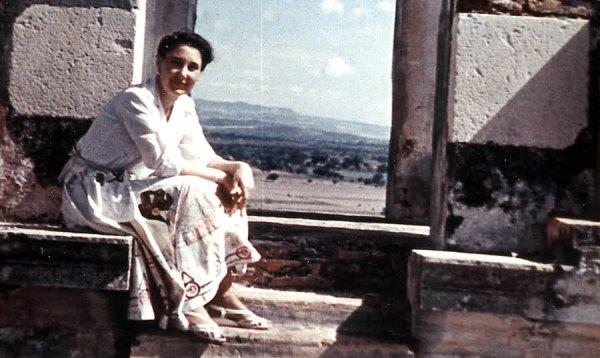 On 18 May this year, the first lay member of Opus Dei was beatified in Madrid. A science graduate in an era when few Spanish women went to university and even fewer obtained a degree in chemistry, Guadalupe Ortiz met the Founder of Opus Dei, St Josemaría Escrivá, when she was twenty-eight years of age. The year was 1944. At the time, she was teaching in two different secondary schools and was immersed in plans for a professional future, but had begun to recognise that she needed help to develop her relationship with God and asked a friend about a spiritual director. Fr Escrivá was recommended to her, and shortly after their first meeting, Guadalupe clearly saw that her future path lay in Opus Dei.

Her early years in Opus Dei were spent, not teaching chemistry, but meeting the challenges of the first apostolic initiatives in Spain and then in Mexico, where she moved in 1950 at the age of 34 to help start Opus Dei. There, she worked to establish a university residence in Mexico City. Later, at the request of the Bishop of Tacambaro, Guadalupe set up projects to help women agricultural workers acquire basic literacy and numeracy.

She returned to the sciences in 1958 following cardiac surgery for a heart condition which she had suffered since childhood. From then on, she lived in Spain and returned to her beloved chemistry, teaching in various third level institutions and completing her doctorate, as well as engaging actively in the formational activities of Opus Dei and maintaining connections with numerous friends and colleagues. Guadalupe died on 16 July 1975, following revision cardiac surgery.

In his message for Guadalupe’s beatification, Pope Francis wrote: “With the joy that came from knowing she was a daughter of God, as she had learned from Saint Josemaría himself, Guadalupe Ortiz placed her many human and spiritual qualities at the service of others, helping in a particular way other women and families in need of education and development. She did all this not with a proselytizing attitude but simply through her prayer and witness”. 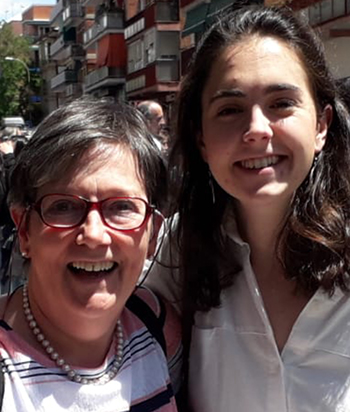 It is this joyful ordinariness that is most striking about Guadalupe: a woman with a contagious laugh and keen sense of fun, who was as passionate about her profession as she was about the social needs of her times and who accepted the eventual limitations of her failing health with a smile and good humour. Her letters to St Josemaría Escrivá reveal deep desires to be close to God along with endearing descriptions of her own flaws and failings. ‘As you know, I find it really hard to keep things tidy and in good order, not just my personal things but the things I’m given to do….And I keep forgetting where I left the keys’ (Letter to St Josemaría Escrivá, 29 October 1945).

Guadalupe loved the life God had given her and she brought him into everything she did, whether it was a residence for university students, a medical dispensary in Mexico, daily housework or professional academic tasks, in the classroom or, finally, lying infirm in a hospital bed. Her holiness was the kind described by Pope Francis in Gaudete et Exultate: ‘a holiness found in our next-door neighbours, those who, living in our midst, reflect God’s presence’ (no. 7).

On 18 May 2019, the Vistalegre bull-ring in Madrid was transformed into an immense basilica in order to accommodate more than eleven thousand people who attended the beatification of Guadalupe, presided over by Cardinal Angel Becciu, prefect of the Congregation for the Causes of the Saints. People travelled from all over the world, including Ireland, to witness the beatification of a woman who had never hit the headlines or become famous in her lifetime, but who had worked to spread the message of Opus Dei that everyone can be close to God in their ordinary, everyday activities.

An energetic woman who combined grand apostolic vision with a capacity for getting stuck into the practical day-to-day issues of normal life, Guadalupe is the best one to resume her own life:

‘I like putting my heart into all these problems and offering God very human things and very divine ones all at once. That’s our Way, isn’t it? Our feet on the ground, but always (every so often) looking at Heaven, so that afterwards we can see more clearly what’s going on around us’ (Letter to St Josemaría Escrivá, 7 June 1949).

See the original article in Intercom