"That They May Be One"

A meditation on the Week of Prayer for Christian Unity, from 18 to 25 January, with other resources for drawing as much fruit as possible from these days. 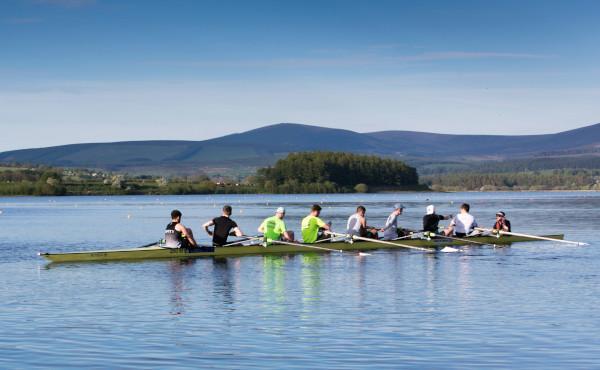 THE OCTAVE FOR CHRISTIAN UNITY begins today. During these days, with the whole Church we will meditate more deeply on some words spoken by Jesus at the Last Supper that enkindle our desires for union. After more than thirty years spent living among us, Christ knew that his hour had come to depart out of this world to the Father (Jn 13:1). Facing his imminent betrayal and suffering, his Heart burns with love for his disciples, and He loved them to the end. Just a few hours before being arrested, He leaves us as an inheritance three marvelous gifts: the washing of the disciples’ feet, the Holy Eucharist, and his teachings in the discourse during the Last Supper.

In the long farewell discourse that Saint John records for us, Jesus beseeches the Father for the unity of those who, down through the centuries, will come to be his disciples: Holy Father, keep through thine own name those whom thou hast given me, that they may be one, as we are (Jn 17:11). During this week, the Church encourages us to unite ourselves to Jesus’ filial prayer, and to identify ourselves more fully with the sentiments in his Heart and his ardent longing for unity.

When our Lord said “keep those whom thou hast given me, that they may be one, as we are,” his followers were still quite few. The Gospel was confined to a limited geographical and social milieu. But the Heart of Jesus was reaching much further, embracing the entire Church down through the centuries, with all its hopes and difficulties. Christ prays for our unity because He knows the importance it will have for the spread of the faith and for the credibility of his followers: I do not pray for these only, but also for those who believe in me through their word, that they may all be one; even as thou, Father, art in me, and I in thee, that they also may be in us, so that the world may believe that thou hast sent me (Jn 17:20-21).

The Second Vatican Council tells us that “human powers and capacities alone cannot achieve this holy objective—the reconciling of all Christians in the unity of the one and only Church of Christ. It is because of this that the Council rests all its hope on Christ’s prayer for the Church.”[1] Unity is a gift that we receive from God. Hence Benedict XVI reminds us that “we cannot ‘bring about’ unity by our powers alone. We can only obtain unity as a gift of the Holy Spirit.”[2] During this week of prayer for Christian unity, we want Jesus’ intense petition to the Father to resound in our hearts in a special way. All the words spoken by the Son of God seek to move our heart, and now we have another opportunity to be surprised anew by them. Saint Josemaria, spurred by this desire for unity, wanted all the faithful of the Work to ask in the Preces each day for this gift: Ut omnes unum sint sicut tu Pater in me et ego in te!

ON THE HUNDREDTH ANNIVERSARY of this Octave in the Church, Benedict XVI made reference to its origin: “When it was introduced, it proved a truly fruitful intuition. Fr. Paul Wattson was an American Anglican who later entered the communion of the Catholic Church and founded the Society of the Atonement (Community of Brothers and Sisters of the Atonement); in 1908, with another Episcopalian, Fr. Spencer Jones, he launched the prophetic idea of an octave of prayer for Christian unity.”[3] This initiative spread rapidly and, eight years later, Benedict XV decided to extend it to the entire Church.[4]

The dates for the Octave have been the same right from the start: from 18 to 25 January, dates that corresponded to the calendar then in use: “In the calendar at that time, the Feast of the Chair of Saint Peter, who is the firm foundation and sure guarantee of the unity of the entire People of God, was celebrated on 18 January, while on 25 January, then as today, the liturgy celebrates the Feast of the Conversion of Saint Paul.”[5]

On one hand, we call to mind the mission that Christ entrusted to Peter and, through him, to his successors: to strengthen all his disciples in the faith. In addition, we recall the conversion of Saint Paul, which makes clear to us that the path for attaining unity is personal conversion, made possible thanks to a personal encounter with the Risen Christ. Both feasts—the Chair of Saint Peter and the Conversion of Saint Paul—direct our eyes to the Person of Christ, who, in the end, is the One in whom we will all be united in the future.

Saint John Paul II reminded us that “ecumenism, the movement promoting Christian unity, is not just some sort of ‘appendix’ which is added to the Church’s traditional activity.”[6] Rather, ecumenism is an organic part of her mission and stems from a deep grasp of the task Christ left us, and for which he prayed to the Father before his Passion. “Unity is our common mission; it is the condition that enables the light of Christ to be spread better in every corner of the world, so that men and women convert and are saved.”[7] It is a path we are invited to share in, as good sons and daughters, listening attentively to the Spirit of the Lord.

THE FAREWELL DISCOURSE during the Last Supper is not the first time Jesus urged his disciples to strive to be united. In different circumstances, He had stressed to them that they are called to serve one another as brothers and sisters, since you have one teacher, and you are all brethren … you have one Father, who is in heaven … you have one master, the Christ (Mt 23:8-10). As Pope Francis said: “By the working of the Holy Spirit, we have become one in Christ, sons in the Son, true worshipers of the Father. This mystery of love is the deepest ground of the unity which binds all Christians and is much greater than their historical divisions. To the extent that we humbly advance towards the Lord, then, we also draw nearer to one another.”[8]

The Second Vatican Council recognizes that, among the endowments which together go to build up and give life to the Church, many can also be found outside its visible confines, including “the written word of God; the life of grace; faith, hope and charity, with the other interior gifts of the Holy Spirit.”[9] In all these realities, it is the same operative force of Christ that is impelling all of us towards unity. The effort of ecumenism seeks, through diverse paths, to strengthen this communion and lead it towards the full and visible union of all of Jesus’ followers.[10] Hence it is an act of justice and charity to recognize the riches of Christ present in all those who—at times even at the cost of shedding their blood—give testimony to Him.

During this week of prayer for the unity of Christians, we ask our Lord Jesus Christ to help us share in his longing for unity in the Church. We will help to foster unity if we allow ourselves to be converted personally to the Risen Christ, reproducing in our own life his way of being and acting, his desire to be the servant of everyone (cf. Mk 10:44), in order to undertake a dialogue of charity with our brothers and sisters. “Christ’s example leads us to begin a dialogue; his example teaches us how we should speak with our fellow men.”[11] Throughout this octave we will invoke the Holy Spirit during Mass, so that with his help we may be “gathered into one,”[12] and thus “become one body, one spirit in Christ.”[13] With filial trust we place the fruit of this week of prayer in the hands of Mary, Mother of the Church, Mother of all Christians.