“I found you on the ground”

On a cold rainy day in Chile, Manuel found a prayer card of Saint Josemaría lying on the ground, soaked and dirty. It was the beginning of a close friendship. 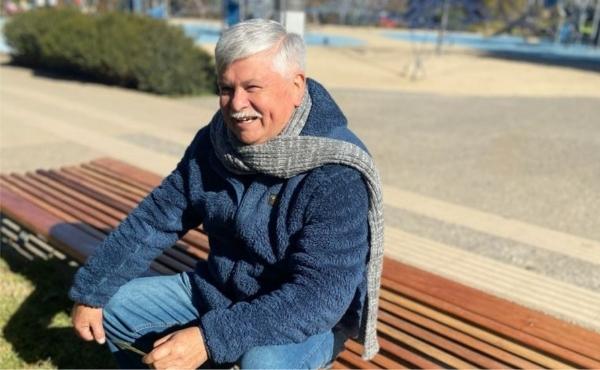 A few years ago, on a rainy winter's day at a gas station where I had been working for a long time, a car came in for gas. After attending to the customer I saw a piece of yellow paper lying on the ground. I picked it up to throw into the garbage can. The yellow cardboard had a photograph that at first I didn’t pay attention to, with some words written under it. I dried it off a bit by rubbing both sides against my clothes and looked at it more closely. I was surprised to see that the face on it was that of a priest. The prayer card talked about work in a way that really struck me. I read the prayer carefully and it would soon become part of my life.

I kept looking at the prayer card and, I don't know why, I started addressing it personally: How they have treated you! But you are soaked! I will take better care of you! I dried it as well as I could and, now with a certain respect, I started to read it again, calmly and with great curiosity. I began to feel affection for the person in the photograph, whom I had never heard of. I reread it several times, each time asking for various needs that came to mind. Finally I attached it with scotch tape next to my tools, so that I would see it frequently and feel accompanied. 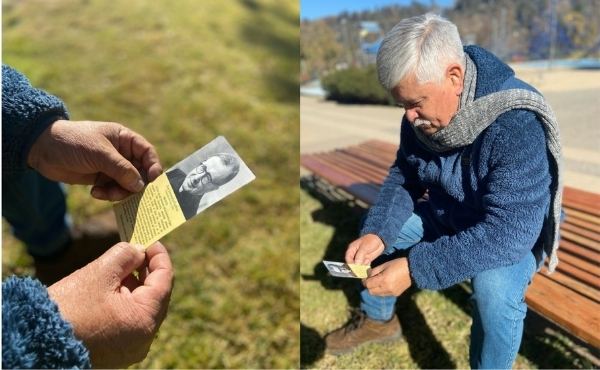 Every time I had no customers I went to him for help. I stretched out my hand and said “help me,” and three, four or even five cars would come in for an oil change.

My devotion to Saint Josemaría continued to grow. Right from the start I was struck by the prayer card’s words about the sanctifying your work. And thinking it over, I decided that the best way to get closer to God in my work was to be tidy with my tools, to keep the garage clean, to serve my customers well, and to be a good co-worker.

On one occasion, a person who had had a very serious accident arrived in a vehicle driven by his son. He had a cast on his arm and said he needed an operation. He told me he would probably lose his arm, but I assured him: “No, my friend, you are not going to lose your arm.”

Then I remembered my little prayer card of Saint Josemaría. I told him to wait a moment while I went to get him something. It was difficult for me to give it to him, but if this saint had accompanied me and helped me, I thought he could also help this man in his suffering. I gave it to him and asked him to pray to him, saying I was sure he would get well. When I handed it to him, he didn’t look very happy. But after telling him how well the person in the photograph had treated me, he took it so as not to offend me. And so I was left without my favorite prayer card. but I was happy that someone else could go to his intercession.

A few months later, the same truck with the person to whom I had given the prayer card arrived at the service station, this time driven by himself. He said he wasn’t coming because he had a problem with his vehicle but to thank me for what I had done for him. He had been completely healed from all the damage the accident had done to him. He was very happy he had listened to my advice to pray the prayer of the miraculous card.

Were these coincidences? Faith is so great! He has helped me a lot. I address him as a friend and he understands me. When I ask him for something he obtains it for me. Every time I need something he accompanies me. I pray his prayer card frequently and am grateful to him. The truth is that I am quite moved… Faith is so important!