March 23 is the anniversary of Blessed Alvaro del Portillo's death. A new eBook offers an overview of his beatification, with 170 photographs, the message sent by Pope Francis and other relevant texts. 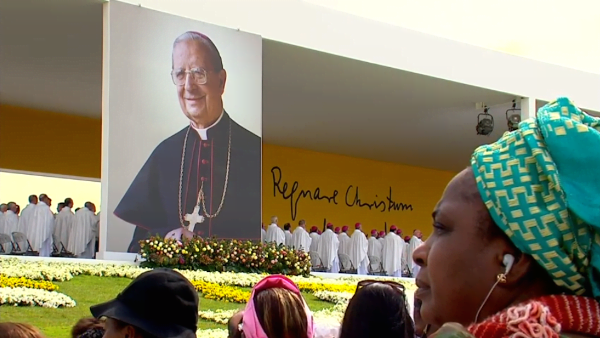 The 170 photographs—snapshots of life—have been brought together in three chapters. The first and longest chapter relates to the beatification day, 27 September. The second indicates briefly the paths leading up to this event. It begins with pictures from the life of the new blessed, touches on the phases of the beatification cause and ends with the preparations for the festivity. The third chapter shows scenes from the days of thanksgiving in and after the beatification.

The final chapter gathers homilies and messages related to the beatification. With words of Pope Francis about Blessed Alvaro, we pray to God: “May his exemplary Christian and priestly witness stir up in many hearts the desire to draw ever closer to Christ and the Gospel."