Christ instituted the sacrament of Penance to offer us a new possibility of converting and recovering, after Baptism, the grace of justification 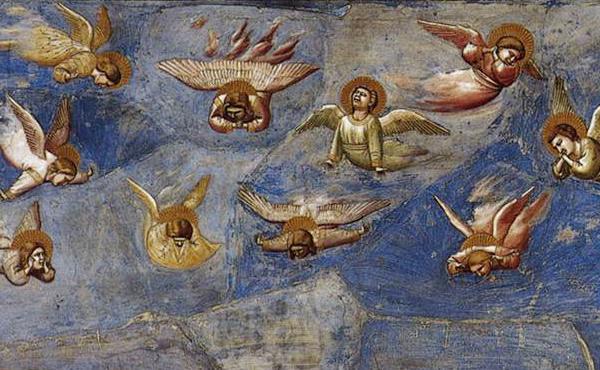 1. Struggling against sin after Baptism

Baptism erases every sin and makes us children of God, preparing us to receive the divine gift of the glory of heaven. But in this life we are always exposed to the danger of falling into sin; no one is exempt from this struggle and from frequent falls. Forgive us our trespasses as we forgive those who trespass against us , Jesus taught us to pray, and not just from time to time, but daily, often each day. St. John also tells us, If we say we have no sin, we deceive ourselves, and the truth is not in us (1 Jn 1:8). And St Paul exhorted the Christians of the first hour at Corinth, We beseech you on behalf of Christ, be reconciled to God (2 Cor 5:20).

Jesus' exhortation to convert, The time is fulfilled, and the kingdom of God is at hand: repent, and believe in the gospel (Mk 1:15), is not directed just to those who do not yet know him, but rather to all the Christian faithful, who also need to convert and to re-enkindle their faith. “This second conversion is an uninterrupted task for the whole Church" ( CCC , 1428).

Conversion starts in our heart: a conversion limited to external appearances is not true conversion. It is impossible to counteract sin, which is an offence against God, without a truly good act, an act of virtue, by which we repent of acting against God's will and actively try to eliminate this disorder with all its consequences. This is the meaning of the virtue of penance.

“Interior repentance is a radical reorientation of our whole life, a return, a conversion to God with all our heart, an end of sin, a turning away from evil, with repugnance toward the evil actions we have committed. At the same time it entails the desire and resolution to change one's life, with hope in God's mercy and trust in the help of his grace" (CCC,1431).

Penance in not an exclusively human endeavor, as though it were merely an interior readjustment based on strong self control, putting into play every resource of self-knowledge and will-power. “Conversion is first of all a work of the grace of God who makes our hearts return to him: 'Restore us to Thyself, O Lord, that we may be restored!' (Lam 5:21). God gives us the strength to begin anew" (CCC, 1432)

Conversion is born in the heart, but it has to bear fruit in external deeds involving the whole person, body and soul. Among these in first place come those that are part of the Eucharistic celebration and the sacrament of Penance, which Christ instituted so that we might be victorious in the fight against sin.

In addition, Christians have many other ways to put into practice their desire for conversion. “ Scripture and the Fathers insist above all on three forms, fasting, prayer , and almsgiving (cf. Tob 12:8; Mt 6:1-18), which express conversion in relation to oneself, to God, and to others" (CCC , 1434).These three forms sum up all our efforts to rectify the disorder of sin.

Fasting includes not just denying ourselves in a prudent way in what we like to eat, but also anything that means making demands on the body and not giving in to its comfort, with the aim of dedicating ourselves to whatever God is asking of us for the good of others and also for our own good. Prayer involves applying all our spiritual faculties—intellect, will, memory—to uniting ourselves to our Father God in intimate and familiar conversation. Almsgiving is not just giving money or material goods to the needy, but also other types of gifts: sharing our time, caring for the sick, forgiving those who have offended us, correcting what needs changing, consoling those who suffer, and many other ways that we have of giving ourselves to others.

The Church encourages us, especially at certain times, to engage in works of penance that also help us to be more united with our brethren in the faith. “ The seasons and days of penance in the course of the liturgical year (Lent, and each Friday in memory of the death of the Lord) are intense moments of the Church's penitential practice" (CCC , 1438)

2. The Sacrament of Penance and Reconciliation

During his public life Jesus not only exhorted people to do penance: he welcomed sinners and reconciled them to his Father. [1] “It was when he gave the Holy Spirit to his apostles that the risen Christ conferred on them his own divine power to forgive sins: 'Receive the Holy Spirit. If you forgive the sins of any, they are forgiven; if you retain the sins of any, they are retained'(Jn 20:23)" ( CCC , 976). This power is transmitted to the bishops, successors of the Apostles as pastors of the Church, and to the presbyters, who are also priests of the New Testament and the bishops' collaborators in virtue of the sacrament of Holy Orders.“Christ has willed that in her prayer and life and action his whole Church should be the sign and instrument of the forgiveness and reconciliation that he acquired for us at the price of his blood. But he entrusted the exercise of the power of absolution to the apostolic ministry" ( CCC , 1442).

2.2 Names of this sacrament

2.3 Sacrament of Reconciliation with God and with the Church

“Those who approach the sacrament of Penance obtain pardon from the mercy of God for the offence committed against Him and are at the same time reconciled with the Church, which they have wounded by their sins, and which by charity, example, and prayer seeks their conversion" ( Lumen Gentium , 11).

“As sin is an offence against God, which breaks our friendship with Him, penance 'has as its aim love and abandonment in God.' The sinner, therefore, moved by the grace of merciful God, sets out on the way of conversion, returns to the Father, 'who first loved us,' and to Christ, who gave Himself up for us, and to the Holy Spirit, who has been poured out on us abundantly." [2]

“The essential elements are two: the acts of the penitent who comes to repentance through the action of the Holy Spirit, and the absolution of the priest who in the name of Christ grants forgiveness and determines the ways of making satisfaction" ( Compendium , 302).

3. Acts of the penitent

These are “the acts of the person who undergoes conversion through the action of the Holy Spirit: namely, contrition, confession and satisfaction" (CCC , 1448).

3.1 Contrition “ Among the penitent's acts contrition occupies first place. Contrition is 'sorrow of the soul and detestation for the sin committed, together with the resolution not to sin again'" (CCC , 1451). [4]

“When it arises from a love by which God is loved above all else, contrition is called 'perfect' (contrition of charity). Such contrition remits venial sins; it also obtains forgiveness of mortal sins if it includes the firm resolution to have recourse to sacramental confession as soon as possible" (CCC, 1452).

“The contrition called 'imperfect' (or 'attrition') is also a gift of God, a prompting of the Holy Spirit. It is born of the consideration of sin's ugliness or the fear of eternal damnation and the other penalties threatening the sinner (contrition of fear). Such a stirring of conscience can initiate an interior process which, under the prompting of grace, will be brought to completion by sacramental absolution. By itself however, imperfect contrition cannot obtain the forgiveness of grave sins, but it disposes one to obtain forgiveness in the sacrament of Penance" (CCC, 1453).

“The reception of this sacrament ought to be prepared for by an examination of conscience made in the light of the Word of God. The passages best suited to this can be found in the Ten Commandments, the moral catechesis of the Gospels and the apostolic Letters, such as the Sermon on the Mount and the apostolic teachings" (CCC, 1454).

“Confession to a priest is an essential part of the sacrament of Penance: 'All mortal sins of which penitents after a diligent self-examination are conscious must be recounted by them in confession, even if they are most secret and have been committed against the last two precepts of the Decalogue (cf. Ex 20:17; Mt 5:26); for these sins sometimes wound the soul more grievously and are more dangerous than those which are committed openly'" (CCC, 1456). [5]

“Individual and integral confession and absolution continue being the only ordinary way for the faithful to be reconciled with God and with the Church, unless physical or moral impossibility excuses from this mode of confession." [6] The confession of one's faults is born from true self knowledge before God that comes from examining one's conscience, and from contrition for one's sins. It is much more than a human unburdening. “Sacramental confession is not a human, but a divine dialogue." [7]

On confessing his or her sins a Christian penitent submits to the judgment of Jesus Christ, who exercises this judgment through the priest. The priest prescribes works of penance and absolves the penitent's sins. The penitent fights sin with the weapons of humility and obedience.

“Absolution takes away sin, but it does not remedy all the disorders sin has caused. Raised up from sin, the sinner must still recover his full spiritual health by doing something more to make amends for the sin: he must 'make satisfaction for' or 'expiate' his sins. This satisfaction is also called 'penance'" (CCC, 1459).

The confessor, before giving absolution, imposes a penance, which the penitent must fulfill afterwards. This penance serves as satisfaction for the sins committed. Its value comes above all from the sacrament. The penitent, by obeying Christ, fulfills what He himself has established in this sacrament, and Christ offers to the Father this satisfaction by one of his members.

[2] Ordo Paenitentiae , Praenotanda , 5. (Translated from the Spanish version of the Spanish Episcopal Conference.) The enclosed quotation in the first sentence is from the Const. Pænitemini , 17 February 1966, of Paul VI.

[4] The quotation cited by the Catechism is from the Council of Trent (Dz 1676).

[5] The quotation cited by the Catechism is from the Council of Trent (Dz 1680).

[6] Ordo Paenitentiae , Praenotanda , 31. (As in note 5 above, this is translated from the Spanish version of the Spanish Episcopal Conference.)