On July 10, which would have been her 80th birthday, EWTN will air a show on Montse's life which will include remarks by the Prelate of Opus Dei and Monsignor José Gutiérrez Gómez, Vice Postulator for Montse’s cause of beatification. 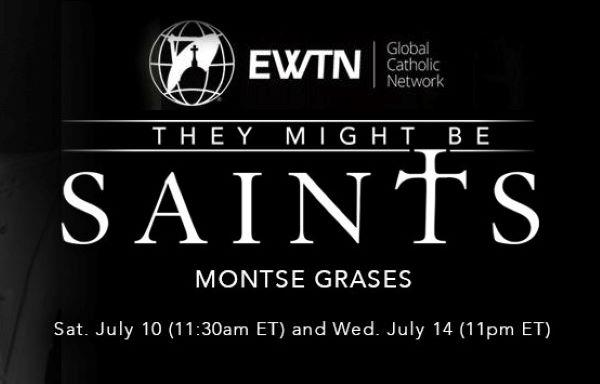 EWTN’s show They Might Be Saints will feature an episode on Venerable Montse Grases on Saturday July 10, 2021 at 11:30 am (EDT). (For countries outside the U.S. and Canada, see below.) July 10th marks what would have been her 80th birthday. Montse Grases, a member of Opus Dei who passed away in 1959 at the age 17 from cancer, was declared Venerable by Pope Francis on April 26, 2016.


This episode features a brief recounting of Montse’s life and includes remarks by Opus Dei’s Prelate, Monsignor Fernando Ocariz, as well as Monsignor José Gutiérrez Gómez, who is the Vice Postulator for Montse’s cause of beatification. Also interviewed in this show is the mother of a young girl who received a significant medical favor through Venerable Montse’s intercession.

The show highlights how Montse, as a teenager, lived the spirit of Opus Dei by finding and loving God in the ordinary events and personal interactions of each day.

“Montse shows us that you don’t have to do spectacular deeds,” says the host and producer, Michael O’Neill. “She was a regular teenager, with a sparkling personality, who loved to play the guitar, sing songs, dance, perform in plays, and play basketball and tennis.

“She was able amid her ordinary daily life to share her faith with friends, to do things well, and to offer her sufferings up to God. She inspired others by her holiness in everyday life.”

The broadcast times listed above are for EWTN’s United States and Canada channels. Broadcast times on other EWTN channels include: