"We are all called to be holy by living our lives with love and by being witness in everything we do, wherever we find ourselves." 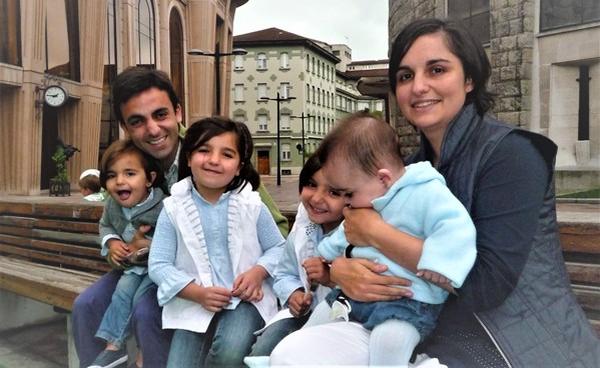 Pope Francis in his Apostolic Exhortation “Be Glad and Rejoice” reiterates the teaching of the Second Vatican Council that holiness, the perfection of Christian life, is not limited to priests and religious. This doctrine about the universal call to holiness has to be stated again and again, especially in some Catholic environments in our country in which many Catholics exaggerate the importance of miracles and extraordinary events in the lives of their favorite saints. More often than not, their role models for living the fullness of Christian life are saints who lived heroic lives of chastity, poverty, and obedience which are unattainable to the ordinary Christian. This mindset has the unfortunate consequence of many ordinary Christians being resigned to a second-rate or mediocre way of living their faith, being contented with just trying to avoid mortal sins and thus not going to hell, without aspiring for the heights of Christian perfection. They forget that Christ addressed the command “Be you perfect as my Heavenly Father is perfect” to every baptized person and not only to bishops, priests, or religious.

That is why it is a breath of fresh air to read Pope Francis insisting that “To be holy does not require being a bishop, a priest, or a religious. We are frequently tempted to think that holiness is only for those who can withdraw from ordinary affairs to spend much time in prayer. That is not the case. We are all called to be holy by living our lives with love and by being witness in everything we do, wherever we find ourselves. Are you called to the consecrated life? Be holy living out your commitment with joy. Are you married? Be holy by loving and caring for your husband or wife, as Christ does for the Church. Do you work for a living? Be holy by laboring with integrity and skill in the service of your brothers and sisters. Are you a parent or grandparent? Be holy by patiently teaching the little ones how to follow Jesus. Are you in a position of authority? Be holy by working for the common good and renouncing personal gain.”

This very timely advice in an increasingly secularized society has been lived by Catholics belonging to the Personal Prelature called Opus Dei since 1928 when on October 2 of that year, God inspired a young priest by the name of Josemaria Escriva de Balaguer to found Opus Dei. In an article written by Luis Ignacio Seco, one of the faithful of the prelature, entitled, “The Legacy of Msgr. Escriva de Balaguer,” the lives of these ordinary Christians are vividly described. As Saint Josemaria himself stated, the apostolic panorama of the members of Opus Dei is “a sea without shores.” Ordinary and responsible Christians live their lives in the place and time in which God has placed them. They strive to be docile instruments in the hands of God so that the world is more Christian and individual human beings find themselves more worthy and happy. Their sense of divine filiation (a strong conviction that they are children of God) maintained with constant prayer and the joy that comes from the struggle against their weaknesses gives them the confidence that nothing is impossible because “for those who love God, everything works unto good.” Each person of Opus Dei writes daily on this earth a simple story, nourished by small things, love of God and souls, virtues and defects, grace and their human weaknesses, and the constant effort to start and start all over again.

The author Luis Ignacio Seco wrote: “Throughout my professional life, I have met in different countries men and women of Opus Dei and, although I have been able to appreciate the same spirit in all of them, I have also been convinced, by the rich variety of individuals, that the only explanation for the effectiveness of Opus Dei is the supernatural outlook of its members. That is the only way to explain the fact that men and women of such different races and very varied conditions of life can commit themselves to the ideal of holiness in the middle of the world with such strength, joy and determination. It is also the only way to explain how rapidly its message has been spread all over the five continents in such a short period since 1928.” 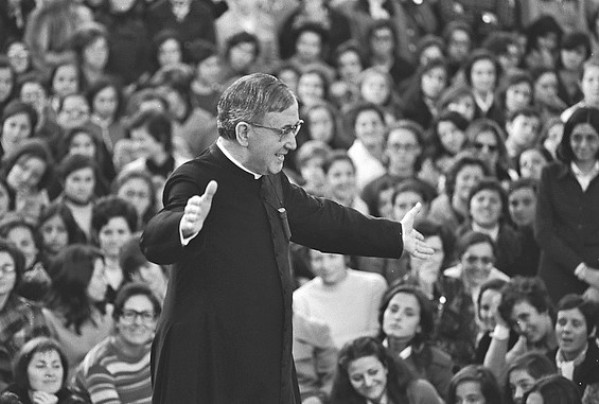 What is also marvelous in the legacy of St. Josemaria is the role of the Cooperators of Opus Dei who approach God all over the world, not with mere theories, but with their active collaboration in making this world more livable. Some of these Cooperators belong to different faiths but they can often give lessons of generosity to Catholics themselves. There are Joseph, Nigerian advertising executive, and his friend Gabriel, a university professor in Lagos; Cees, professor at Utrecht; Paco, bus driver in Seville; Carolina, Anglican writer, converted in 1971 to Catholicism, in London; Maite, Spanish housewife; Pascale, researcher at the Department of Genetics in the Faculty Medicine of the University of Paris; George, Egyptian merchant in Sydney, of Coptic Orthodox religion; Nicoletta, peasant from Brescia (Italy); Marcela, a nurse who works in the Department of Paediatrics at the University of Ibadan; Herminio, Portuguese mechanic; Ana Maria, professor of history at a secondary school in Madrid; Eberle, German industrialist; Anne, mother of a family, married to a Glasgow miner; Kawada, a mathematician at Kyoto University. The point in making this enumeration is that the message of Opus Dei can be lived in all the varied occupations and conditions of ordinary life. One can be a saint in the very place where God has put him or her in society. 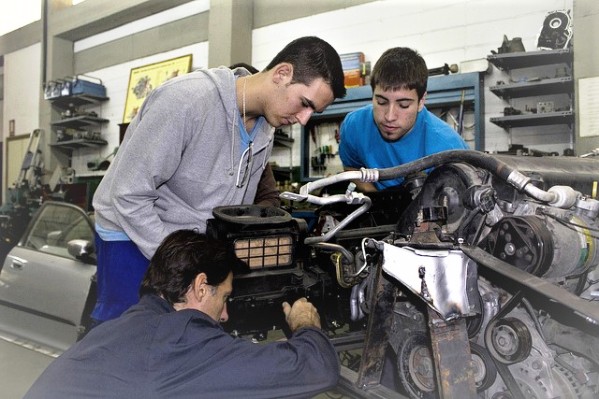 As ordinary as their lives is the apostolate that members of Opus Dei do. It is a great catechesis, on a worldwide scale but always undertaken in a personal and direct way, that leads them to “speak with God and to speak about God” so that the deposit of faith with Christians have received without any merit on their part can reach more people and be transmitted, clean, whole and lived with the same fidelity with which the first Christians did the very first time they physically met Jesus Christ, the God made man, who decided to stay with us until the end of the centuries. Members of Opus Dei are doing nothing more than imitating the lives of the first Christians who were able to spread the faith of Christ by not leaving the world but by remaining in the very pagan environment
in which they found themselves. By combining an active life of work with a life of prayer, they can really be called, as St. Josemaria called them, “contemplatives in the middle the world.”