Commentary on the Gospel (with audio version): Have No Fear

Gospel for the 12th Sunday in Ordinary Time (Cycle A), and commentary. 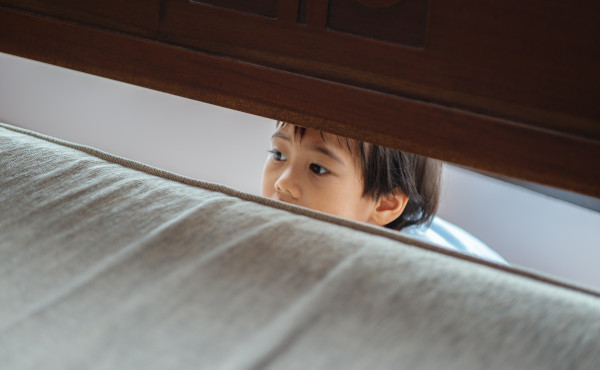 So have no fear of them; for nothing is covered that will not be revealed, or hidden that will not be known. What I tell you in the dark, utter in the light; and what you hear whispered, proclaim upon the housetops. And do not fear those who kill the body but cannot kill the soul; rather fear him who can destroy both soul and body in hell.

The tenth chapter of Saint Matthew’s gospel tells us that Jesus, after choosing the twelve Apostles, sent them forth and gave them some instructions. Among these are those we read in this Sunday’s gospel passage, whose guiding theme is: “Have no fear.” He warns them right from the start that they will encounter difficulties, persecution, misunderstanding… But the greatest threat comes not from those attempting to silence them, nor even from those who threaten their life. The only true danger is what “can destroy both soul and body in hell”—what can lead to sin, to the loss of God’s friendship.

Whether we like it or not, fear is part of life. From childhood we have experienced fears that sometimes were unfounded and that later disappeared. When we are older we also face situations that can cause us to fear: suffering, misunderstandings, loneliness, doubts, death… We need to face up to these trials and overcome them, through our own effort and God’s help.

But a disciple of Christ has no reason to fear, since he or she is never alone. God is a loving Father who shows concern for the smallest details in the lives of all his creatures, and even more so in his faithful children. “The solution is to love. Saint John the Apostle wrote some words which really move me: qui autem timet, non est perfectus in caritate. I like to translate them as follows: the fearful person doesn’t know how to love. You, therefore, who do love and know how to show it, you mustn’t be afraid of anything. So, on you go!”[1]

As Benedict XVI said: “Believers, therefore, are not afraid of anything because they know they are in the hands of God; they know that it is not evil and the irrational which have the last word, but rather that the one Lord of the world and of love is Christ, the Word of God Incarnate, who loved us to the point of sacrificing himself for us, dying on the Cross for our salvation. The more we grow in this intimacy with God, imbued with love, the more easily we overcome any form of fear.”[2]

In the hearts of many of us there still resounds that cry, filled with faith and trust in God, of Saint John Paul II in the inaugural Mass for his pontificate: “Do not be afraid. Open wide the doors for Christ. To his saving power open the boundaries of States, economic and political systems, the vast fields of culture, civilization and development. Do not be afraid. Christ knows ‘what is in man.’ He alone knows it. So often today man does not know what is within him, in the depths of his mind and heart. So often he is uncertain about the meaning of his life on this earth. He is assailed by doubt, a doubt which turns into despair. We ask you therefore, we beg you with humility and trust, let Christ speak to man. He alone has words of life, yes, of eternal life.”[3]

An apostle is valiant and daring. Christ’s disciples are willing to undertake tasks at the limit of or even exceeding their possibilities. But when the task is divine, daring is not rashness, since “He who calls you is faithful, and he will do it” (1 Thess 5:24). Saint Josemaria insisted: “God and daring! Daring is not imprudence. Daring is not recklessness.”[4]