Commentary on the Gospel: Man of Little Faith!

Gospel for the 19th Sunday in Ordinary Time (Cycle A), and commentary. 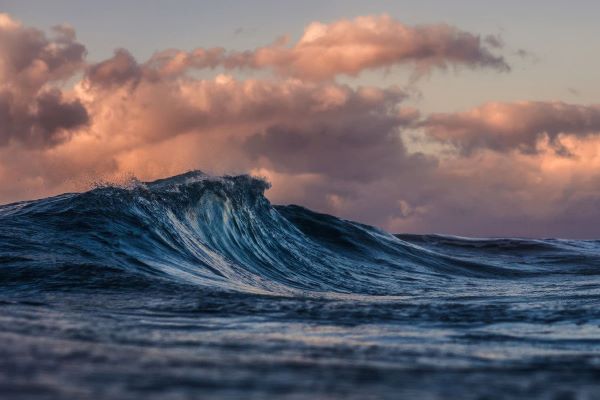 Then Jesus made the disciples get into the boat and go before him to the other side, while he dismissed the crowds. And after he had dismissed the crowds, he went up into the hills by himself to pray. When evening came, he was there alone, but the boat by this time was many furlongs distant from the land, beaten by the waves; for the wind was against them. And in the fourth watch of the night he came to them, walking on the sea.

But when the disciples saw him walking on the sea, they were terrified, saying, “It is a ghost!” And they cried out for fear.

But immediately he spoke to them, saying, “Take heart, it is I; have no fear.”

And Peter answered him, “Lord, if it is you, bid me come to you on the water.”

So Peter got out of the boat and walked on the water and came to Jesus; but when he saw the wind, he was afraid, and beginning to sink he cried out, “Lord, save me.”

Jesus immediately reached out his hand and caught him, saying to him, “O man of little faith, why did you doubt?”

And when they got into the boat, the wind ceased. And those in the boat worshiped him, saying, “Truly you are the Son of God.”

Several events in this passage draw our attention. First, the Evangelist’s brief remark that after Jesus sent the people away “he went up into the hills by himself to pray” until evening came (v. 23). The incarnate Son of God’s behavior eloquently emphasizes the importance of prayer for us, the need we have as creatures to dedicate time to exclusive dialogue with God.

“Jesus often draws apart to pray in solitude, on a mountain, preferably at night. He includes all men in his prayer, for he has taken on humanity in his incarnation, and he offers them to the Father when he offers himself.”[1] It is a source of confidence to know that Jesus has become man and prayed for us to the Father, so that our prayer too will be pleasing to God and heard like that of his Son, especially in times of darkness or difficulty.

While Jesus is praying to the Father, the disciples are on the boat alone at night fighting the strong wind and the waves. So concerned are they that they don’t recognize the Master when he draws near to offer his help; they even think he is a ghost and are frightened (v. 26). But Jesus brings to them the security and peace he has found in his prayer: “Take heart, it is I” (v.27). With his impulsive spirit, Peter asks Jesus to let him walk on the water too and our Lord grants his petition. But just a few seconds later, Peter begins to doubt. He is filled with fear and starts to sink, even though he can see the Master clearly. Jesus comes to his rescue and reproaches him for his lack of faith. They climb into the boat and the wind subsides. Then the amazed disciples worship him.

Pope Francis said: “This Gospel narrative contains a rich symbolism and makes us reflect on our faith, both as individuals and as an ecclesial community … The boat is the life of each one of us, but it is also the life of the Church. The wind against it represents difficulties and trials. Peter’s invocation—'Lord, bid me come to you!’—and his cry—'Lord, save me!’—are very similar to our desire to feel the Lord’s closeness, but also the fear and anguish that accompany the most difficult moments of our life and of our communities, marked by internal fragility and external difficulties.”[2]

Thus this passage contains a great lesson on Christian faith; we need to trust in Jesus' strength rather than in our own. Just as Jesus invites the disciples to trust in him, so too he asks us not to be afraid and to be confident that the Master will never let the boat of his own people come to shipwreck, even though the wind and waves can sometimes seem overwhelming.

To prevent our faith from weakening, we need to care for our dialogue with God in prayer each day and discover Jesus’ closeness to us also in the midst of trials. Saint Josemaria recommended: “If you are aware of God’s presence, high above the deafening storm, the sun will always be shining on you; and deep below the roaring and destructive waves, peace and calm will reign in your soul.”[3]