Commentary on the Gospel: "In the beginning was the Word"

Gospel for the 2nd Sunday of Christmas (Year ABC), and commentary. 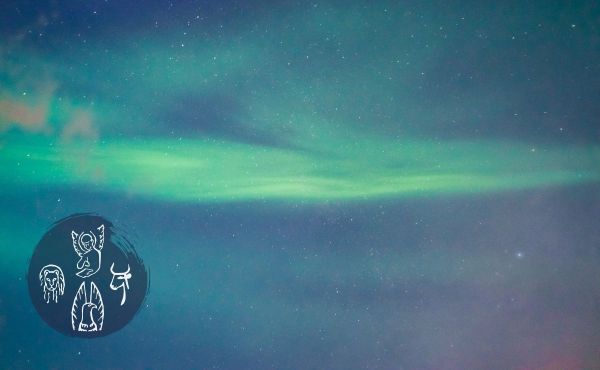 The true light that enlightens every man was coming into the world. He was in the world, and the world was made through him, yet the world knew him not. He came to his own home, and his own people received him not. But to all who received him, who believed in his name, he gave power to become children of God; who were born, not of blood nor of the will of the flesh nor of the will of man, but of God.

And the Word became flesh and dwelt among us, full of grace and truth; we have beheld his glory, glory as of the only Son from the Father. (John bore witness to him, and cried, “This was he of whom I said, ‘He who comes after me ranks before me, for he was before me.’”) And from his fulness have we all received, grace upon grace. For the law was given through Moses; grace and truth came through Jesus Christ. No one has ever seen God; the only Son, who is in the bosom of the Father, he has made him known.

During this time of Christmas, we are meditating on the vivid scenes in the Gospels about Jesus’ birth. But the Gospel passages for this season also include texts like today’s, which invites us to rise above the anecdotical and picturesque details, in order to contemplate the mystery of the Birth of Christ and better understand its theological significance and meaning for our own lives.

“In the beginning was the Word.” The Word is not a creature, but Someone who existed from all eternity. “And the Word was with God (ho Theós).” Hence he is a person distinct from the one designated in the Greek by the name ho Theós, with an article, and which refers to the Father, the origin of all things. But that person, distinct from the Father, also from the beginning “was God” and shared in his same nature, The Gospel thus leads us into the intimacy of the Trinity: a single divine nature, with a distinction of persons.

Reference is then made to the story of the creation of the world in seven day in the first chapter of the Book of Genesis In this narrative, each of the days of creation begins in this way: “God said…” (let there be light, let there be a firmament, let the earth put forth vegetation, etc.), and what God says immediately takes place: “and it was so.” Thus we are told that God created all that exists by pronouncing his Word: “all things were made through him [through the Word], and without him was not anything made that was made” (v. 3).

And then, in the fullness of time, God carried out his greatest work, something we could never have even imagined: “And the Word became flesh and dwelt among us” (v. 14a). That divine Person took on a human nature, so that, without lessening his state as God, he became a man, like each one of us. He took on flesh in a specific and knowable person: Jesus of Nazareth. John’s Gospel bears witness to him with all the force of an eyewitness: “we have beheld his glory, glory as of the only Son from the Father, full of grace and truth” (v. 14b). “These are not the learned words of a rabbi or doctor of law,” Benedict XVI said, “but rather the passionate witness of a humble fisherman Attracted in his youth by Jesus of Nazareth, in the three years he spent living with him and with the other Apostles, John experienced his love, to the extent that he called himself ‘the disciple Jesus loved,’ saw him die on the Cross and appear Risen, and then with the others received his Spirit. From his heart’s meditation on the whole of this experience, John drew a deep conviction: Jesus is the Wisdom of God incarnate; he is his eternal Word who became a mortal man.”[1]

Saint Josemaria tells us: “The God of our faith is not a distant being who contemplates indifferently the fate of men—their desires, their struggles, their sufferings. He is a Father who loves his children so much that he sends the Word, the Second Person of the most Blessed Trinity, so that by taking on the nature of man he may die to redeem us.”[2]

Every moment in Jesus’ life, also when a Child in the manger at Bethlehem, helps us to understand the goodness, wisdom, mercy, tenderness and greatness of God. “No one has ever seen God; the only Son, who is in the bosom of the Father, he has made him known” (v.18).