Commentary on the Gospel: Full of Grace

Gospel for the Solemnity of the Immaculate Conception of the Blessed Virgin Mary (Cycle A), and commentary. 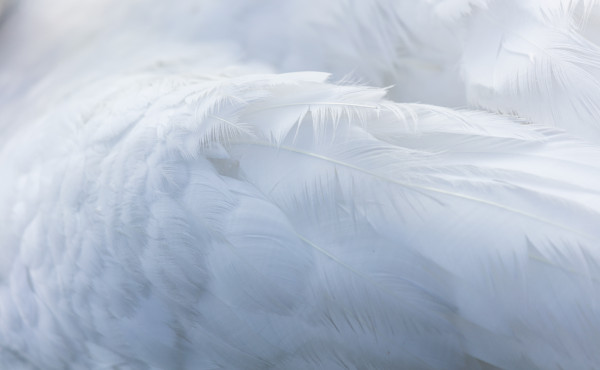 In the sixth month the angel Gabriel was sent from God to a city of Galilee named Nazareth, to a virgin betrothed to a man whose name was Joseph, of the house of David; and the virgin’s name was Mary. And he came to her and said,

“Hail, full of grace, the Lord is with you!”

But she was greatly troubled at the saying, and considered in her mind what sort of greeting this might be. And the angel said to her, “Do not be afraid, Mary, for you have found favor with God. And behold, you will conceive in your womb and bear a son, and you shall call his name Jesus. He will be great, and will be called the Son of the Most High; and the Lord God will give to him the throne of his father David, and he will reign over the house of Jacob for ever; and of his kingdom there will be no end.”

And Mary said to the angel, “How can this be, since I have no husband?”

And the angel said to her, “The Holy Spirit will come upon you, and the power of the Most High will overshadow you; therefore the child to be born will be called holy, the Son of God. And behold, your kinswoman Elizabeth in her old age has also conceived a son; and this is the sixth month with her who was called barren. For with God nothing will be impossible.”

And Mary said, “Behold, I am the handmaid of the Lord; let it be to me according to your word.” And the angel departed from her.


On the Solemnity of the Immaculate Conception of the Blessed Virgin Mary, the Church’s liturgy invites us to meditate on the moving scene of the Annunciation. Saint Josemaria liked to enter into it, as with all the Gospel scenes, as another person present there: “Don’t forget, my friend, that we are children. The Lady of the sweet name, Mary, is withdrawn in prayer. You, in that house, are whatever you want to be: a friend, a servant, an onlooker, a neighbor... —I, at this moment, don’t dare to be anything. I hide behind you; full of awe, I contemplate the scene…”[1]

In the original Greek, the angel Gabriel addresses Mary with the words: Jaire, kejaritoméne! The term jaire, although often translated as “hail,” is a greeting whose literal meaning is “rejoice.” For whenever God is close, a serene joy fills the soul. “The word reappears during the Holy Night,” Benedict XVI points out, “on the lips of the angel who says to the shepherds: ‘I bring you good news of a great joy’ (Lk 2:10). It appears again—in John’s Gospel—at the encounter with the risen Lord: ‘The disciples were glad when they saw the Lord’ (20:20). Jesus’ farewell discourses in Saint John’s Gospel present a theology of joy, which as it were illuminates the depth of this word. ‘I will see you again and your hearts will rejoice, and no one will take your joy from you’ (16:22).”[2]

The word jaire is related in Greek to jaris, which means grace. The term kejaritoméne, often translated as “full of grace,” means literally that Mary “has been abundantly the object of grace.” God has chosen Mary to be the Mother of his Son made man, and therefore, in light of Christ’s merits, she has been preserved from original sin from the moment of her own conception.

Mary will conceive her Son virginally, without the help of a man, by the work and grace of the Holy Spirit: “The Holy Spirit will come upon you, and the power of the Most High will overshadow you” (v. 35). During the wandering of the people of God through the desert in search of the promised land, the presence of the Lord was revealed though a cloud covering the sanctuary; now it is the Holy Spirit who will cover with his shadow the Sanctuary of God’s presence that is Mary’s holy womb.

Mary, simply by saying “yes,” becomes the Mother of the Son of God made man. Benedict XVI remarked: “the Church Fathers sometimes expressed this by saying that Mary conceived through her ear—that is to say, through her hearing. Through her obedience, the Word entered into her and became fruitful in her.”[3]

“The mystery of the Immaculate Conception is a source of inner light, hope and comfort. Amidst the trials of life, both interior and exterior, Mary, Mother of Christ, tells us that Grace is greater than sin, that God’s mercy is more powerful than evil and able to transform it into good … This woman, the Virgin Mary, benefited in advance from the redeeming death of her Son and was preserved from the contagion of sin from the moment of her conception. Therefore, with her Immaculate Heart, she tells us: entrust yourselves to Jesus, He will save you.”[4]