Commentary on the Gospel: "Behold, the Lamb of God"

Gospel for the 2nd Sunday in Ordinary Time (Cycle B), and commentary. 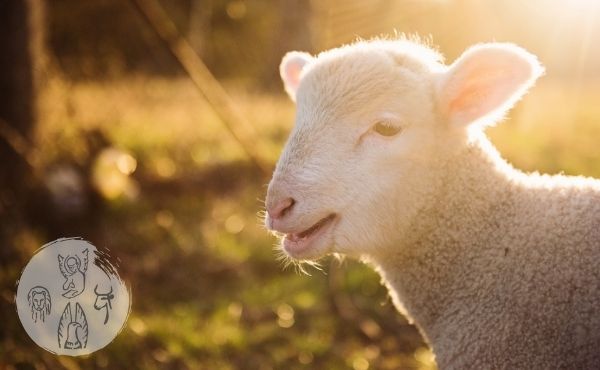 The next day again John was standing with two of his disciples; and he looked at Jesus as he walked, and said, “Behold, the Lamb of God!”

The two disciples heard him say this, and they followed Jesus. Jesus turned, and saw them following, and said to them, “What do you seek?”

And they said to him, “Rabbi” (which means Teacher), “where are you staying?”

They came and saw where he was staying; and they stayed with him that day, for it was about the tenth hour. One of the two who heard John speak, and followed him, was Andrew, Simon Peter’s brother. He first found his brother Simon, and said to him, “We have found the Messiah” (which means Christ). He brought him to Jesus.

Jesus looked at him, and said, “So you are Simon the son of John? You shall be called Cephas” (which means Peter).

The Gospel for the second Sunday in Ordinary Time describes the calling of our Lord’s first disciples. John the Baptist invited people to repentance. He encouraged the practice of virtue and announced the nearness of the Kingdom of God. The mystery of Christ had already been revealed to him when he pointed out Jesus as the “Lamb of God, who takes away the sin of the world!” (Jn 1:29). His disciples would have recalled that the blood of the paschal lamb saved the Israelites from death during their flight from Egypt. Moreover, the sacrifice of Christ had already been announced by Isaiah in the figure of the Suffering Servant, who suffered for our iniquities like a lamb led to the slaughter (cf. Is 53:7).

On hearing the Baptist call Jesus “the Lamb of God,” Andrew and another person, who quite likely was the evangelist John, follow Christ. The Master turning around asked them “What do you seek?”. They answer with another question: “where are you staying?” Surprisingly, Jesus then invites them to go with him: “Come and see.” And they do so.

“It was about the tenth hour.” The mention of the hour, four in the afternoon, points to how vividly they recall their first encounter with our Lord. The attraction of Christ’s offer of friendship must have been strong, while also respecting their freedom. The two disciples had been well prepared by the Baptist. They had no hesitation in abandoning the last of the prophets, the “voice,” to listen to the “Word” himself.

The first reading for the Liturgy of the Word speaks about the figure of Samuel. Thus it centers our attention on the fact that God is the one who calls first. He addresses Samuel three times, a sign of plentitude (cf. Sam 3:3-10). The calling of the two disciples will encompass their whole life. They know nothing of what awaits them, but they don’t hesitate for a moment, since their hearts have been deeply moved. Their decision is a completely free act – without logical “reasons” perhaps, but fully reasonable.

Saint Josemaria expressed the self-giving that God asks of us in these terms. “Freely, because you truly wanted to – which is the most supernatural reason – you said yes to God.” One’s true “I” makes the decision to give oneself. And since this is a free and responsible gift, it isn’t seen as a sacrifice. As Pope Francis said with regard to how Saint Joseph saw his own calling: “Joseph found happiness not in mere self-sacrifice but in self-gift. In him, we never see frustration but only trust.” A person who gives himself out of love does not have the mentality of a victim, but rather is filled with joy. Andrew doesn’t keep that joy to himself; he looks for his brother Simon and brings him to Jesus.

Saint John in the first chapter of his Gospel reveals to us that the “Lamb of God” is also the Son of God. For Jesus to be a Son means to become the lamb who gives his life for our salvation. Thus at Mass, before Holy Communion, the celebrant presents Christ substantially present in the Sacred Host with the words: “Behold the Lamb of God, behold him who takes away the sins of the world. Blessed are those called to the supper of the Lamb.” It is the wedding of the Lamb with humanity, the full establishment of the Kingdom proclaimed by the Baptist (cf. Rev 19:9).

The celebration of the Eucharist makes this mystery present. In today's Mass, the prayer over the offerings, addressed to God the Father, proclaims: “whenever the memorial of this sacrifice is celebrated the work of our redemption is accomplished.”

To give ourselves and become God’s children: this is the goal to which we are called, through the action of the Holy Spirit. We are temples of the Spirit, Saint Paul says in today’s second reading. We no longer belong to ourselves (cf. 1 Cor 6:19). God lives in us and we in Him.