Set All The Bells Ringing

"At this moment when the human race is undergoing so deep a transformation, women imbued with the spirit of the Gospel can do so much to assist mankind." An article about 14 February 1930. 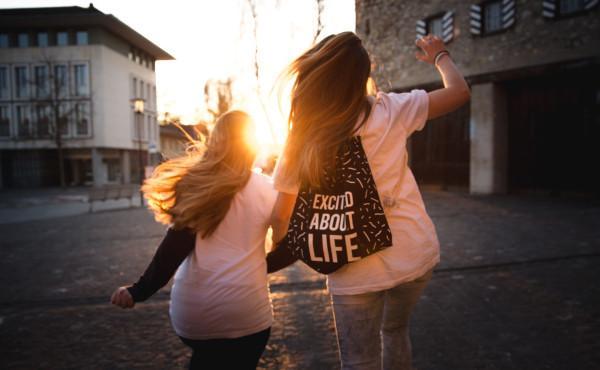 Jesus showed great familiarity with the work of planting and cultivating. Many of his examples and parables come from there. He knew how grape vines and wheat are cultivated, how the mustard seed grows, how figs are cared for… He praised the lilies of the field for how they grow: they neither toil nor spin; yet I tell you, even Solomon in all his glory was not arrayed like one of these (Lk 12:27). On several occasions, he made reference to how plants take root in the ground (cf. Lk 8:13). The image of the root has great importance, since it is the part of the plant, hidden in the ground, by which it sprouts in good soil and receives constant nourishment. Although never seen, it is essential for life and fruitfulness.

The root of everything good

Saint Josemaria too liked to make use of the image of the root, especially when speaking about the importance of the Holy Mass in our Christian life. It is easy to understand why, since in each celebration of the Mass the unique Sacrifice of Jesus on the Cross is made present, the moment when evil is overcome and the gates of heaven opened definitively for us. From this act of infinite Love for us flow forth the sacraments, the Church, Christian life for all men and women of all times. Through its intimate union with the mystery of the Cross, we could even say that, in a way that remains mysterious, the Holy Mass nourishes everything good that happens in the world.[1] Hence Saint Josemaria’s determination to celebrate Mass with all the faith, piety and love he could muster.

On Friday the 14th of February in 1930, early in the morning Fr. Josemaria went to one of Madrid’s new suburbs to celebrate Mass in a small oratory in a home near the Plaza de Colon. The elderly mother of Luz Casanova, the foundress of the Apostolic Ladies, lived there, for whom the young priest provided spiritual care. Soon after receiving our Lord in communion, a new reality came to birth in his heart. During Mass we too sometimes sense new desires to identify ourselves more closely with Jesus, a hunger for holiness, new lights into God’s mystery… But that day it was something much greater than usual. He understood that, from now on, many women too would receive God’s call to join in the mission of Opus Dei, which came into the world a bit over a year before, to make present in the world the holiness that comes from God.[2]

When celebrating the 50th anniversary of that day, Saint Josemaria’s first successor at the head of Opus Dei said: “it was from the Holy Mass, the ever-renewed presence of Christ’s sacrifice, that this burning ember of divine love came into the world, which would enkindle so many hearts with Love.”[3]

An ever new gift

For Saint Josemaria, both dates (14 February 1930 and 2 October 1928) were part of the same foundational light; they were two notes of the same chord. He would soon leave written testimony to this in his Intimate Notes: “I received an illumination about the entire Work.”[4] A few years later, with the Spanish Civil War raging, he wrote a letter to the people of the Work dispersed around the county, asking them to raise up a petition each day for “the Father,” as the person at the head of this supernatural family would over time come to be called. And he advised them to start saying this prayer “beginning next February 14—a day of thanksgiving, like October 2.”[5]

The specific characteristics of the mission Saint Josemaria received from God were brought into clearer focus over time, as when one discovers the full development of a melody. But the core of this mission is “to spread among men and women the divine call to holiness, beginning a work—which later would be called Opus Dei—whose aim is to foster the search for holiness and apostolate in the middle of the world.”[6] Another key element is the fact that this mission would be carried out in the heart of society, in the lives of ordinary men and women who live authentically in their own “homeland.” And doing so with the deep conviction of being children of God, who live in a world and a time intended for their happiness. This is the light that Saint Joemaria received. And on 14 February 1930 it became clear that God wanted many women to illumine their life and their setting with this same light.

The spirit of Opus Dei is, above all, an ever new gift that God grants continuously to the world; it isn’t a plan thought up by human minds to solve the problems of a specific time or place.[7] The Work is born, once and again, with each person called to embody it in his or her own life: its setting is “the perennial ‘today’ of the risen Lord .”[8] Hence, to walk towards the future with God’s daring, we should let the melody of 2 October 1928 and 14 February 1930 resound continuously in our hearts. And we will rediscover, at every stage in life, this “avalanche sweeping everything before it”[9] that the Holy Spirit has prepared for us and for people around us.

Another essential part of the mission that God entrusted to Saint Josemaria—and that was later passed on to so many people through him—is a specific way of relating to those who are trying to live this same spirit: namely, in the life of a family. Within this divine plan, the presence of women in the Work takes on special importance. As Monsignor Fernando Ocáriz wrote, their presence is “necessary for a family spirit to actually exist in Opus Dei.”[10] Truly the Work is, above all, a very large family with men and women of all ages, where each person provides his or her own way of being, talents and interests. This reality results in each person, as an individual, becoming the center of the others’ concern and prayers, especially when, for whatever reason, he or she is experiencing a special need. The book of Psalms says: Behold, how good and pleasant it is when brethren dwell in unity! … For there the Lord commanded the blessing—Life forevermore (Ps 133:1-3). A family’s role is to foster a fertile space where each member can set down strong roots and feel fully welcomed and happy.

At the same time, Saint Josemaria wanted Opus Dei’s apostolic activities—the formation it offers and its government—to be carried out separately for men and women. Naturally, this is in no way meant to detract from the deep union that unites everyone’s hearts. In a time when we are finding ever new ways to stay united with others through technology and transport, we should find it easier to be thankful for the strongest union of all: the spiritual union that comes about through the communion of saints. No technical advance will ever be able to equal it, since it is God himself who makes it a reality.

Blessed Guadalupe Ortiz de Landázuri, like all the men and women who have lived close to God, experienced this spiritual union in many different ways. On Wednesday 4 June 1958, Don Alvaro reserved our Lord for the first time in the Tabernacle of the center of the Work in Madrid where she was living. Guadalupe wrote a letter to Saint Josemaria in Rome with some details about this day: “He [Don Alvaro] talked to us about Rome, and for us it was like being there with the Father—as in reality we always are, and want to be more and more, even when, like now, we’re a long way away.”[11] Anyone who has experienced authentic love, a reflection of divine love, knows that the physical limits of space are very relative.

A dialogue with people of our day and age

In 1965, at the end of the Second Vatican Council, the Church addressed these words of hope to women: “The hour is coming, in fact has come, when the vocation of woman is being achieved in its fullness … That is why, at this moment when the human race is undergoing so deep a transformation, women imbued with the spirit of the Gospel can do so much to assist mankind.”[12] Since then, more than half a century has gone by, with the perception of a woman’s role in society—and also that of a man—undergoing rapid changes. This process is still ongoing, and the women of Opus Dei are called to employ “all their spiritual and human richness in a dialogue with the people of our day and age.”[13] This is the divine mission that was given to Saint Josemaria in 1928: to strive to ensure, from within, that changes in society reflect Christ’s face, playing an important role in history.

“My daughters,” Saint Josemaria said on one 14th of February, “I would like that today you reflect on so many marvelous things that our Lord, the Church, and all humanity are hoping for from the women’s section of Opus Dei; and that, realizing the greatness of your vocation, you may love it more each day.”[14] The vocation of women in Opus Dei is an apostolic vocation, a light that God has enkindled, not to put it under a bushel, but—amid all the tiring effort and misunderstandings that may come—to place it on a stand (Lk 11:33), so that its light and warmth will reach all men and women.

“The sanctity of women always plays a key role in the sanctity of those around them,”[15] the Prelate of Opus Dei said recently. Therefore each 14th of February is a feast day filled with grateful prayer to God. For in continuity with the 2nd of October, this day opened up a path of true Christian joy for many women and, as a consequence, for everyone. This is reflected in the diary entry for this day of a center where many women of Opus Dei were living in Rome, close to Saint Josemaria. “Today is a great and happy day, filled with joy for us. It is a day to set all the bells in Rome ringing, spending the whole day giving thanks to God. And it is a day for celebration, as though it were the birthday and saint’s day of everyone here.”[16]

[2] As he wrote in 1948: “I cannot say that I ‘saw’ it, but ‘intellectually,’ in detail, I grasped what the women’s branch of Opus Dei was to be. Later I added other elements, developing this intellectual vision.” Cited in Andres Vazquez de Prada, The Founder of Opus Dei, Vol. I, p. 243.