The Prelate Prays Before Guadalupe's Mortal Remains in Madrid

The Prelate of Opus Dei, Monsignor Fernando Ocáriz, went on Friday to the Royal Oratory of Caballero de Gracia, located on the Gran Via in Madrid, to pray before the mortal remains of the one who tomorrow will be Blessed Guadalupe Ortiz de Landázuri. 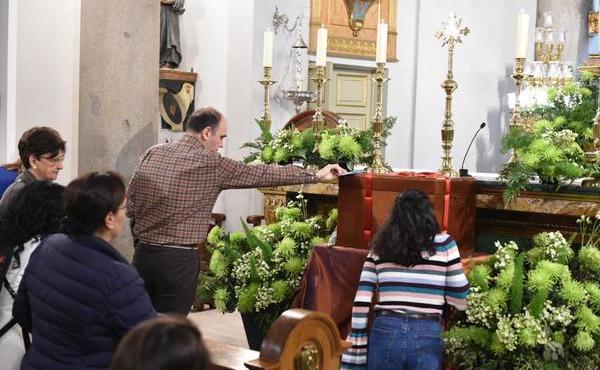 Monsignor Fernando Ocáriz was accompanied by the Vicar of Opus Dei in Spain, Monsignor Ramon Herrando. After greeting the rector of the Royal Oratory of Caballero de Gracia, Juan Moya, the Prelate knelt down for several minutes in prayer before the wooden chest containing the mortal remains of Guadalupe, which during her beatification has been placed in front of the altar for the veneration of the faithful.

The Prelate then made his way to the sacristy, where a portrait of Guadalupe, the work of the Andalusian painter Ignacio Valdés, has been placed. He greeted the artist, who explained some of the details of the painting. The future blessed is depicted standing close to an open window that floods the room with light, capturing some key elements of her personal biography: study, Mexico and chemistry. 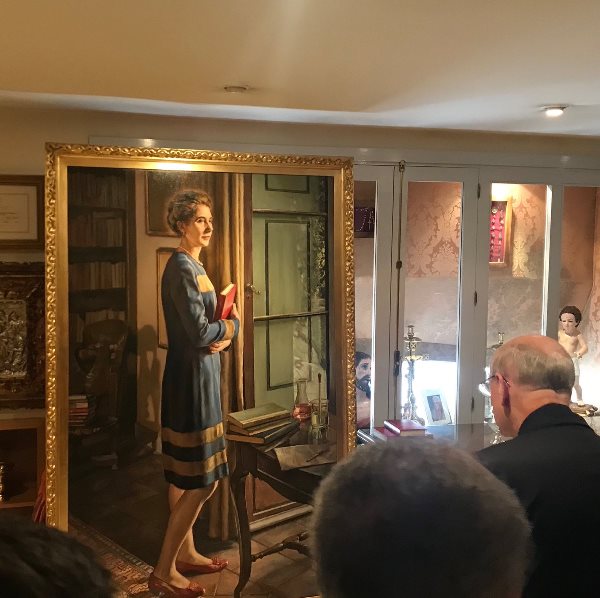 On leaving the Royal Oratory, overflowing with faithful after the celebration of the Eucharist, the Prelate was greeted by a group of families and pilgrims from various countries. Among them were a number of young girls from Mexico, Sri Lanka and India. 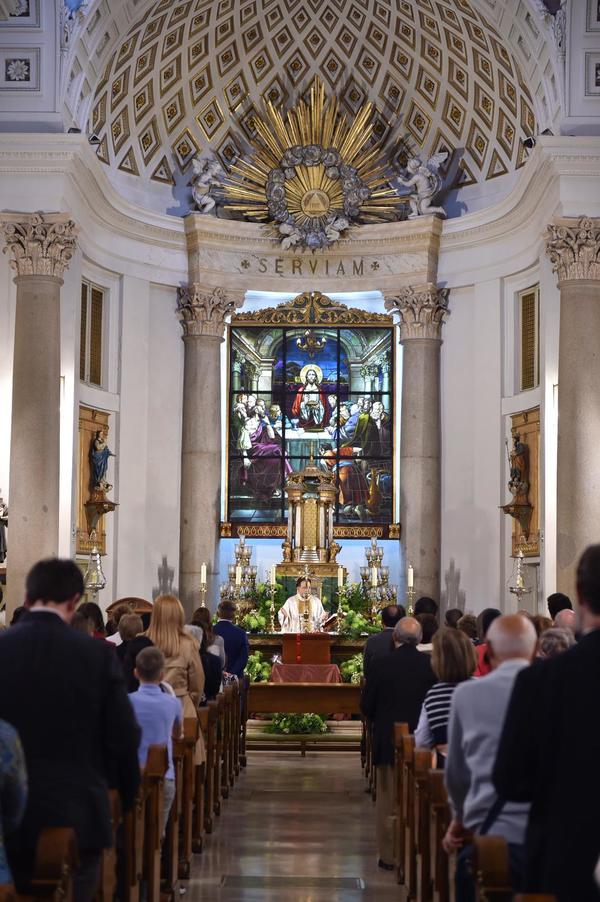 The chest with Guadalupe’s remains is normally kept at a side altar, but during these days it has been placed in front of the main altar, to make it easier for all the pilgrims who have come to Madrid for her beatification to pray before it, ask for favors and give thanks for her holy life. During these days there has been a constant stream of people coming to pray there. 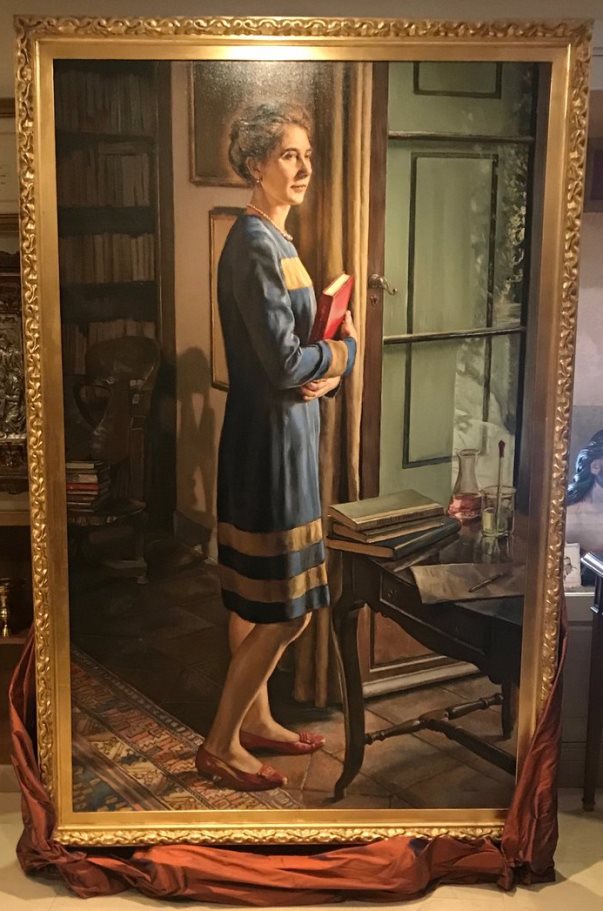 Last October, the mortal remains of the new blessed were transferred to the Royal Oratory from the cemetery in Pamplona, where she died in 1975 soon after an operation on her heart in the University of Navarra Hospital. 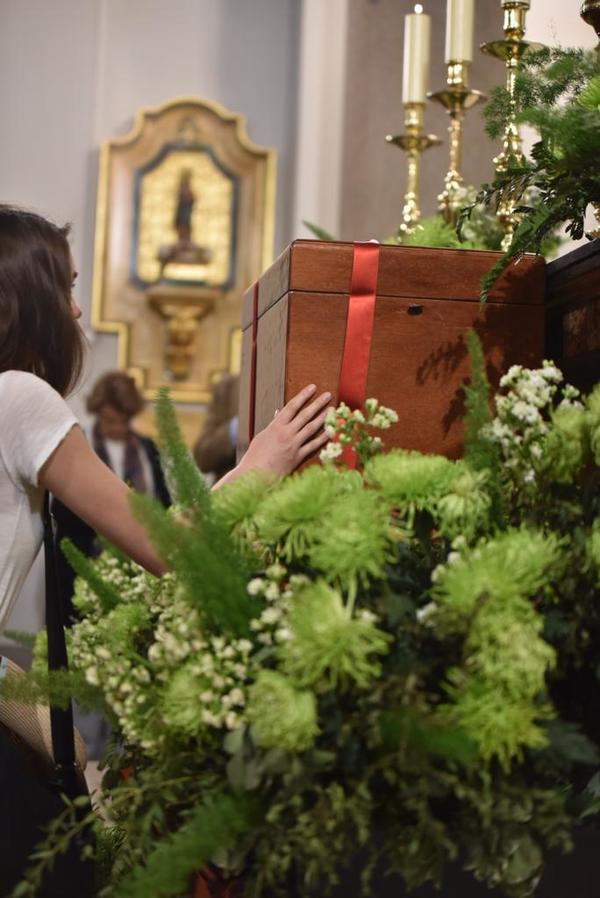 Monsignor Ocáriz was ordained a priest on August 15, 1971, in the nearby Basilica of San Miguel. A few days later, Guadalupe Ortiz de Landázuri, who had attended the ceremony, wrote in a letter that at the moment of the laying on of hands she had prayed intently for each of the new priests. Perhaps the Prelate this Friday had come to thank Guadalupe for her prayer for him, almost 48 years ago now.