The day came for sentencing

A relative by marriage ran a reasonably successful business. With the onset of the economic crisis he was made bankrupt and arrested for fraud. 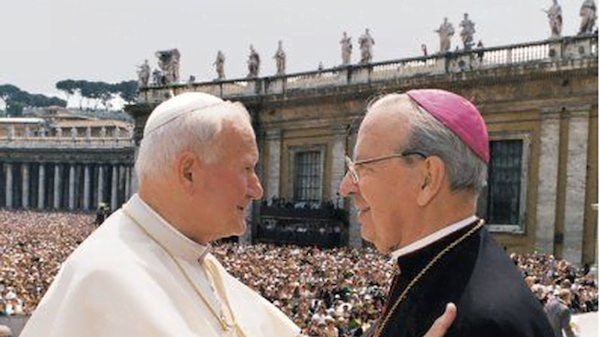 I am writing to you about a favour which I believe God granted to my family through the intercession of Blessed Alvaro. Since then the favours have kept on coming, hence the delay in writing. The nature of the first favour is quite personal. I want to acknowledge it, out of immense gratitude to God and to Blessed Alvaro.

For many years a relative by marriage ran a reasonably successful small business. However, with the onset of the economic crisis, things became quite different. He felt the pressure of trying to keep the business going and of providing both for his family and his employees. About three years ago he was declared bankrupt. Worse was to come. He was subsequently arrested for fraud. You can imagine that his wife was devastated.

The years since then have been a time of great stress for them, their children and the wider family: waiting for the law to take its course and wondering if prosecution would lead to a custodial sentence. From the beginning I entrusted the situation to Blessed Alvaro, praying his prayercard every day. When it became clear that a prison sentence was almost certain, I asked Blessed Alvaro to obtain “the most lenient sentence possible”.

He pleaded guilty. When the day came for sentencing, I accompanied the family to Court. It was an experience none of us would ever have thought we would have. And I would not want to repeat it. Things did not start off well. The judge was irritable. He contradicted and corrected the defence barrister several times. A sentence of several years was mentioned. He then retired to read letters testifying to my relative’s good character, and to make his decision.

When he returned, the judge began by stressing the seriousness of the crime and the amount of money involved. But his facial expression was noticeably different. He acknowledged the pressure of the economic climate, and spoke of my relative’s previous good name. He then said: “I intend therefore to impose the most lenient sentence possible.”

Some might say it was a coincidence that he should use exactly the phrase that I had addressed to Blessed Alvaro. But I don’t think so.

The period he spent in prison was, as you can imagine, a very difficult time for everyone. But not without its graces, thanks to Blessed Alvaro. I continued to pray the prayercard each day.

It is not easy for someone who has been in prison to find employment. But shortly after his return home, Blessed Alvaro obtained for him the job I had been praying for. Just a week ago he obtained the same blessing for his wife.

God is good. And Blessed Alvaro has been and continues to be, too.