"Our strength lies in prayer"

An excerpt from a pastoral letter of Blessed Alvaro del Portillo, sent during Advent 1990, about the consecration of Opus Dei to the Most Sacred and Merciful Heart of Jesus on the feast of Christ the King. 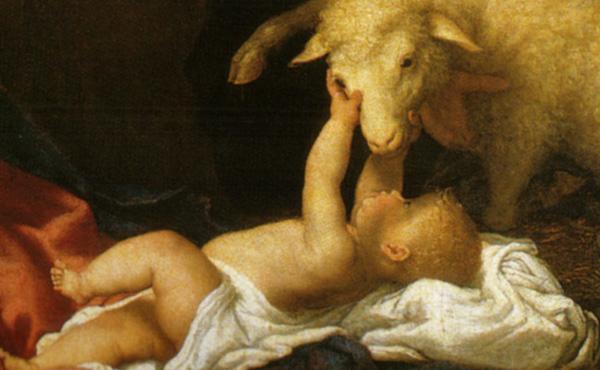 When celebrating a few days ago the solemnity of Christ, King of the universe, I once again called to mind our Father’s apostolic zeal, and how his burning love for God led him to transmit this zeal to so many thousands of people by his words and example. As I renewed the consecration of Opus Dei to the Most Sacred and Merciful Heart of Jesus, I asked our Lord to set our souls more and more on fire with those divine longings: may his daughters and sons in Opus Dei, now and always until the end of time, live solely to extend his kingdom to all souls, thereby giving glory to the Holy Trinity.

I would like these lines to spur you on to an ever deeper apostolate, placing all your trust in our Lord. My daughters and sons, consider the transforming strength of divine grace: it can enlighten the darkest minds, even converting in a single moment Saul the persecutor into Paul the Apostle. And wonders like this are still happening today.

The liturgical season of Advent now beginning invites us to strengthen our hope. If we persevere in sowing doctrine and love, God will put an end to this time of trial the Church is undergoing, which makes us suffer so much. During these weeks of preparation for the great feast of the Redeemer’s birth, we can reflect on our Lord’s example. Although he ardently desired to take on our flesh, he prepared humanity with divine pedagogy and came to earth at the moment prearranged by his Father from all eternity. Many centuries had to pass before the sublime event of his Incarnation could come about. And when he became Man, Christ spent thirty years without revealing that he was the Messiah and Son of God. Only later did he manifest his power and divinity in all its splendor.

So be optimistic, even though you so often experience real difficulties around you. Although we have to use all the human means within our reach, our hope is not based there but on Christ our Lord, Dominus dominantium[1], Lord of lords, who has conquered the whole world by his sacrifice on the Cross.

At times it may seem to you that the non serviam! so many men and women sadly utter with their lives is much louder than the serviam! that by divine grace comes each day from the lips and hearts of all of us who want to be docile to grace. Don’t be deceived by appearances. Let me tell you again that God always triumphs. You should keep in mind, as our Father used to remind us, that “in the moments of great crises in the Church’s history, there have never been many people who, besides remaining faithful, have had the spiritual and doctrinal preparation, the moral and intellectual resources, needed to put up a determined resistance against the agents of evil. But those few people have again flooded the Church and the world with light. My children, we should feel the duty to be loyal to what we have received from God, and to transmit it faithfully. We cannot, we will not, capitulate.”[2]

Our strength lies in prayer. It is the key to the Most Merciful Heart of our Savior, who is always ready to help those who are his own. “God does not lose battles. We have to keep knocking at the door of the Most Sacred Heart of Jesus, our love, and of the Most Sweet Heart of Mary, our salvation. And don’t forget that for God a century is but a moment.”[3]

But it is good to ask insistently. My daughters and sons, if we are thoroughly demanding on ourselves in our daily struggle, you will see how the Church will rise up again all over the world and the faith will take root in so many souls. But if we don’t fight, even with the help of grace we would still end up swelling the noise of that non serviam. And we have a grave responsibility here, since God has called us and placed special trust in us. We have to beg Jesus, with words from the Gospel that our Founder made use of: “Listen to us, Lord! Increase our faith still more. Let us repeat, with the centurion: tantum dic verbo (Mt 8:8), say but the word—just one word!—and everything will be resolved.”[4]

Constant prayer—the prayer for my intentions that I continually ask for from you—has to be inseparably united to the daily effort each one of you makes to permeate your surroundings with a Christian spirit. Don’t think your contribution can only be very small. Each one of you can do a great deal, because apostolic effectiveness depends, in the first place, on your love for God and on your supernatural outlook in being apostolic with those around you.