Interview with Postulator for Isidoro Zorzano

Msgr. Jose Luis Gutierrez Gomez, Postulator for Isidoro Zorzano's Cause of Canonization, answers some questions in view of the recent Decree of the Holy See confirming his heroic practice of the virtues. 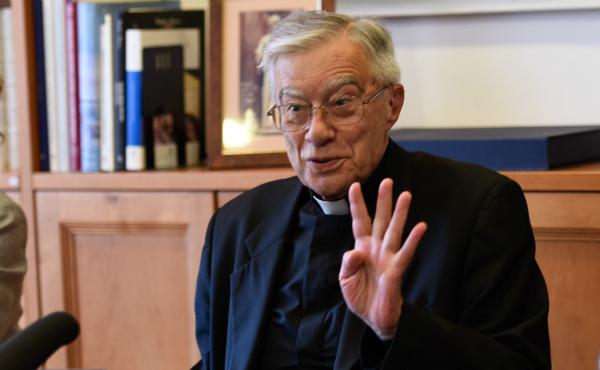 1. Who was Isidoro Zorzano?

Isidoro Zorzano was an engineer who worked diligently in an exemplary way, with loyalty and a spirit of service towards his colleagues. He promoted initiatives to help the needy, and demonstrated great faith and charity in his life as a Christian. Those who knew him remember his serenity, equanimity, optimism, and his reflective and thoughtful manner. One witness testifies that during Isidoro’s years at the university, his companions “would go to him as a ‘peacemaker’ to resolve the arguments they sometimes had.”

He was born on Sept. 13, 1902, in Buenos Aires, Argentina, of Spanish parents. In 1905 the family moved to Spain, where Isidoro earned the title of industrial engineer. He worked in the Railway Company, first in Malaga and afterwards in Madrid. He also gave classes in the Industrial School in Malaga. In 1930 he met with St. Josemaría Escrivá, a former high school classmate, and after a long conversation with him, Isidoro asked to join Opus Dei, which had been founded in 1928. In this path of the Church, Isidoro discovered the possibility of fulfilling his desire to give himself to God in the midst of the world.

His unwavering fidelity was always a great support to the founder of Opus Dei, in both the difficult years of the Spanish Civil War (1936 - 1939) and also in the development of Opus Dei’s apostolic works in the early 1940s. In January 1943 he was diagnosed as having malignant lymphoma. It was an extremely painful illness, which had begun months before and which he had bravely borne with abandonment to the will of God. He died with a reputation for sanctity on July 15 of the same year, at the age of 40. One of his colleagues in the railway offices in Madrid remembers: “When we talked about our bosses, it was common for someone to say: ‘Don Isidoro is a saint.’” Another person who worked with him declared: “We felt his loss in an extraordinary way, because his passing was for us like losing a father.”

2. Pope Francis has approved the publication of a decree about the virtues Isidoro lived to a heroic degree. Can you speak to us about some of them?

Isidoro’s perseverance in ordinary things was outstanding, an expression of his loyalty. He always fulfilled the commitments he had taken on, right up to last moment of his life on earth. This might appear easy because of a mistaken idea of what “heroism” means. This word is not synonymous with extraordinary deeds or surprising accomplishments. Heroism means practicing the virtues constantly and during a sufficiently long period of time, right where one happens to be, in everyday realities, in the fulfilment of one’s obligations as a worker, citizen, friend, member of a family, etc. This is what Isidoro did.

He loved his profession, and he knew that God called him to seek holiness in his work. His love for God, for example, spurred him to be the first to get to work in his office in the morning; he accepted with good humor and supernatural outlook the occasional annoyances and injustices of his bosses; he sought to do everything with professional competence and tried to be pleasant in his dealings with others. He was well-known for his sense of justice and closeness to the people who worked for him. They knew that “with Don Isidoro shabby work wouldn’t do,” because he always made sure personally that the job had been done conscientiously. Isidoro also gave classes in the Industrial School of Malaga. His pupils recall his great patience, and that they could approach him to ask questions, even going to his home. Among the students “it was frequently said that he was a saint.”

He made his work compatible with an intense life of prayer. He had a great love for the Eucharist, and got up early every day to go to Mass and receive Holy Communion. He helped out in social works and tried to lead his friends and colleagues closer to God.

3. How can Isidoro help a worker in our day and age?

From the examples I’ve just given, Isidoro can be held up as a model for the worker of our day, whether an engineer or a laborer, or a mother of a family who cheerfully “multitasks” every day. Blessed Alvaro del Portillo knew Isidoro quite well and left a written testimony that he had learned from him to “sanctify the work of each day, with order and perseverance; to carry out with perfection, with Love, the little things of each moment. Isidoro was always working. I don’t think anyone can say that they ever saw him wasting time. But even more, he combined this industrious spirit with an exceptional spirit of humility. Isidoro never got in anybody's way; he worked silently and humbly, trying not to draw attention to himself.”

I think Isidoro also gives us an example of Christian integrity; he was not bothered by what other people thought or said, even though this might bring problems or difficulties. One of his sisters tells us that he had a boss who opposed Isidoro’s promotion at work saying: “What kind of engineer is someone who goes to Mass every day!”

4. Do people today have a devotion to Isidoro? How did they get to know about him?

Isidoro died 73 years ago. There is hardly anyone alive today who knew him personally. Nevertheless, even before his death, those who knew him spoke about Isidoro’s reputation for sanctity. And this reputation has been growing, spreading rapidly among people in many countries of all ages and social conditions. For example, a friar who knew him quite well, Fray José López Ortiz, on being named bishop asked for a piece of the ring Isidoro wore so it could be melted as a relic into his own Episcopal ring.

Many people go to Isidoro’s intercession to obtain graces and favors from God, and sometimes true miracles. In the office of the postulator we have received more than 5,000 accounts of favors attributed to his intercession. They vary a great deal, touching on the thousands of events that come up in the ordinary life of any person. There are, of course, lots of engineers and people of related professions who address Isidoro as a colleague, to ask him to help solve problems in their specialty. Many have recourse to him as “their engineer” whenever they encounter a technical difficulty, for example, getting a computer to work that refuses to start. But Isidoro’s intercession isn’t confined to the technical world; he is ready to help wherever necessary.

Besides, in the last ten years, some 390,000 prayer cards for private devotion to him have been printed – not only in languages of the western world, but also in Arabic, Cebuano, Chinese, Japanese and Tagalog, as well as 300,000 copies of his newsletter.

So there are lots of people who are confident that Isidoro is in heaven and who make him known to those around them as a model and intercessor to obtain help from God.

5. For the Church to declare a person as blessed, it is necessary to establish that through his intercession a miracle has been obtained. Have there been any miraculous favors attributed to Isidoro?

The office of the postulator has received accounts of several possible miracles attributed to the intercession of Isidoro. One example is the cure of a young priest who after a series of coughing attacks, accompanied by expectorating blood, was taken to the hospital urgently, where they diagnosed a possible cancer. They suggested immediate surgery to determine the nature of the tumor, and if possible to proceed with its removal. The priest entrusted himself to Isidoro, asking for a cure. At the same time, several people began to pray for him, through Isidoro's intercession. During the operation, after exploring the right lung and examining the mediastinum (the space between the membranes of the heart and the lungs and other organs in the thorax), the surgeon found no lesion or alteration. There was no sign of the nodular mass. The priest was completely cured.

I invite people who have a devotion to Isidoro, and those who find out about him now thanks to the news of this new step towards his beatification, to ask for favors and miracles through his intercession.