Fr Willie Doyle, a heroic Irish Jesuit military chaplain, died in battle 100 years ago. The story of how St Josemaria came to know about his life and include his example of self-denial in "The Way."

“We were reading—you and I—the heroically ordinary life of that man of God. And we saw him fight whole months and years (what ‘accounts’ he kept in his particular examination!) at breakfast time: today he won, tomorrow he was beaten… He noted: ‘Didn’t take butter…; did take butter!’ May you and I too live our ‘butter tragedy'” (The Way, 205).

That “man of God” was Fr Willie Doyle, a heroic Irish Jesuit military chaplain who was killed at the Battle of Passchendaele while rescuing two wounded soldiers 100 years ago this month.

William Doyle (known to everyone as Willie) was born in Dublin on 3 March 1873. He was the youngest of seven children, and loved the ordinary sports and games that were popular at that time. One striking characteristic of his youth was his charity towards others. He was known to get up early in the morning to perform some of the duties of the servants, and on his own initiative to bring food and money to the local poor and to provide other acts of kindness for them. When giving money to the poor at Christmas time, he and his brother would clean the coins to make them look like new – a small and hidden service that greatly added to the dignity of the gift.

He entered the Jesuits in 1891 and was ordained on 28 July 1907, coincidentally alongside another famous Irish Jesuit, Blessed John Sullivan, a convert who was beatified in May 2017. A private note written on the morning of his ordination gives an insight into his spirituality:

“My loving Jesus, on this the morning of my Ordination to the priesthood, I wish to place in Your Sacred Heart, in gratitude for all that You have done for me, the resolution from this day forward to go straight for holiness. My earnest wish and firm resolve is to strive with might and main to become a saint.” 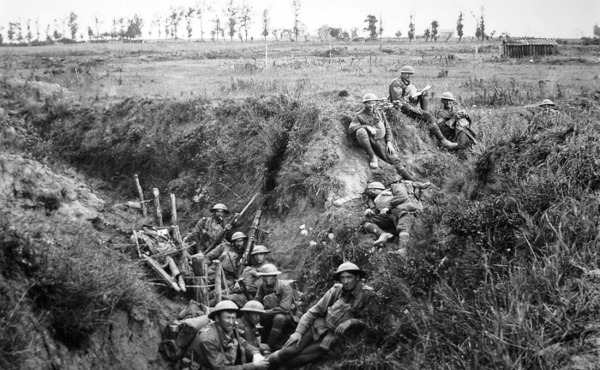 He spent most of his priesthood giving retreats and missions and was constantly sought out as a spiritual director. He had a special affinity for ordinary workers. He longed to establish a retreat house for working men – at that time in Ireland the idea of lay people, and especially workers, attending a residential retreat was a strange novelty. He travelled extensively to examine apostolates for workers in Europe and wrote a pamphlet on the need for retreats for workers in Ireland. He didn’t live long enough to see his dream come to fruition. However, the outbreak of the First World War in 1914 gave him a great opportunity to be close to the ordinary working men who became soldiers, and, as he wrote, it was “a glorious chance to make the old body bear something for Christ’s dear sake.”

As chaplain, Fr. Doyle held the rank of captain. But despite the relative comforts he could have availed of, he was always to be found with his men, suffering along with them. As one officer noted:

“Fr Doyle never rests. Night and day he is with us. He finds a dying or dead man, does all, comes back smiling, makes a little cross and goes out to bury him and then begins all over again.”

Fr. Doyle was present during several important battles in the First World War, including the Battle of the Somme and the Battle of Messines Ridge. During the Battles of Passchendaele, on August 16 1917, a group of soldiers got into trouble beyond the front line, and Fr. Doyle ran to assist them. It seems that Fr. Doyle and the soldiers were about to take shelter when they were hit by a German shell and killed. His body was never located.

There was a lot more to Fr Doyle than his hive of external activity and war heroism. Hidden in his room in Dublin were several boxes of letters and diaries with a note asking that they be destroyed in case of death. However, on studying them his superiors passed them on to his friend, Professor Alfred O’Rahilly, who was writing a biography of Fr Doyle. O’Rahilly’s biography, containing substantial extracts from these private diaries, was published in 1920, and became a best seller which was translated into all major European languages. St Josemaria read the Spanish translation in 1933.

This book revealed that Fr Doyle lived a life of almost constant self-denial, accompanied by an intense prayer life, all of which was painstakingly detailed in his private dairies. It was this combination of prayer and mortification that seemed to fuel his zeal and heroism.

Fr Doyle felt that he had a particular calling to a life of hardship. He practiced mortifications that were reminiscent of those undertaken by the great saints across history, but he also sought to mortify himself in little things. One of those little things that fascinated St Josemaria was Fr Doyle’s struggle to give up butter on his bread. This was by no means easy for him, and it is interesting to see one who was so capable of seemingly greater things still struggle with what seems like such a small matter. He noted in his diary in 1913:

“A fierce temptation during Mass and thanksgiving to break my resolution and indulge my appetite at breakfast. The thought of a breakfast of dry bread and tea without sugar in future seemed intolerable. Jesus urged me to pray for strength though I could scarcely bring myself to do so. But the temptation left me in the refectory, and joy filled my heart with the victory. I see now that I need never yield if only I pray for strength.”

Writing in his diary in 1933 St Josemaria notes: “I have read quickly the life of Fr Doyle: how well I understand the butter tragedy.” For St Josemaria, one personal “butter tragedy” consisted in his battle to regulate the reading of newspapers. A few days after reading the book in 1933 he commenced his retreat, and records his personal struggle with newspapers:

“This last, not reading newspapers, is for me no small mortification. Nevertheless, with God’s grace, I stayed faithful to it until the end of the parliamentary debate on the so-called law against the religious congregations. What battles these struggles of mine were! These epics can be understood only by those who have gone through similar ones. Sometimes conquering; more often, being conquered.”

It is surely consoling to see those like St Josemaria and Fr Doyle both struggle with seemingly minor things like newspapers and butter, but always beginning again after their struggle. 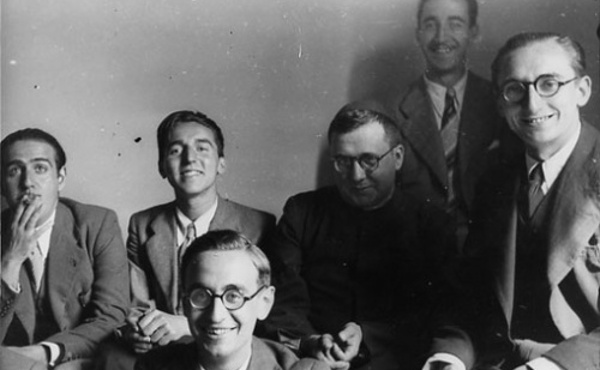 Fr Doyle makes another appearance in St Josemaria’s notes and preaching guides in 1938, around a time when he was recommending to members of Opus Dei that they read the life of Fr Doyle:

“Interior and exterior mortification. The heroic minute: the butter tragedy.”

Interestingly, earlier translations of Point 205 of The Way referred to a “marmalade” tragedy and a “sugar” tragedy because the translators could not understand the concept of giving up butter as a mortification. But for the Irish, giving up butter is almost repugnant and is a far greater mortification than giving up delicacies like marmalade or sugar.

St Josemaria was not the only saint to have had an interest in the spirituality of Fr Doyle – St Teresa of Calcutta is also known to have adopted some of his spiritual practices.

Within 14 years of Fr Doyle’s death there were more than 6,000 recorded favours allegedly through his intercession, literally from every corner of the world. 100 years after making the ultimate sacrifice of laying down his life for others, he is still fondly remembered by many.

Dr Patrick Kenny lives in Dublin with his wife and four young daughters. He runs a blog about Fr Willie Doyle (www.fatherdoyle.com) and has just published "To Raise the Fallen: A selection of the war letters, prayers and spiritual writings of Fr Willie Doyle SJ."