Commentary on the Gospel: The Fire of Love

Gospel for the 20th Sunday in Ordinary Time (Cycle C), and commentary. 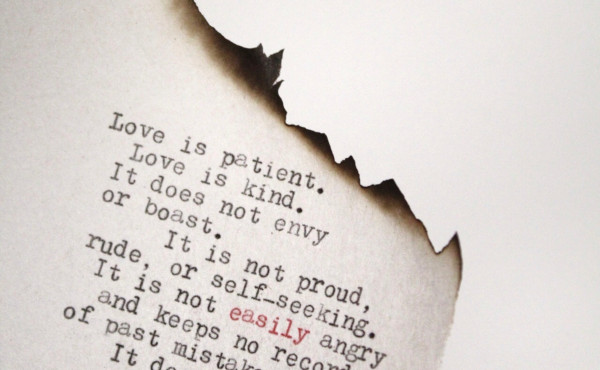 Jesus said to his disciples: “I came to cast fire upon the earth; and would that it were already kindled! I have a baptism to be baptized with; and how I am constrained until it is accomplished! Do you think that I have come to give peace on earth? No, I tell you, but rather division; for henceforth in one house there will be five divided, three against two and two against three; they will be divided, father against son and son against father, mother against daughter and daughter against her mother, mother-in-law against her daughter-in-law and daughter-in-law against her mother-in-law.”

Saint Luke recounts that when Jesus was drawing near to Jerusalem to suffer the Passion, he revealed to his disciples the deepest yearnings in his heart. He makes reference to his imminent baptism “with the Holy Spirit and with fire” that he is about to consummate and that the Baptist had already announced (cf. Lk 2:16). With paradoxical and disconcerting words, Jesus also foretells the deep change that he will bring about in the world, giving rise to quite diverse reactions even in the heart of families.

In Sacred Scripture fire symbolizes God’s presence, as in the event of the burning bush (cf. Ex 3:14), and also, as the Catechism of the Catholic Church tells us, “the transforming energy of the Holy Spirit’s actions.”[1] Thanks to his sacrifice on the Cross, Jesus will send into the world this new energy, this fire. But as Saint Ambrose says, “this is certainly not a destructive fire but one that fashions a well-disposed will. As Jeremiah declares: ‘there is in my heart as it were a burning fire shut up in my bones’ (Jer 20:9). It is the fire that, as the disciples from Emmaus testify, our Lord himself enkindled in their hearts: ‘Did not our hearts burn within us while he talked to us on the road, while he opened to us the scriptures?’ (Lk 24:32).”[2]

Jesus’ yearning to enkindle human hearts has transformed countless people throughout history who have responded generously. For example, Saint Josemaria tells us his own experience in this regard: “When I felt the premonition that our Lord wanted something and I didn’t know what it was, I shouted, I sang—as best I could!—words you have certainly savoured in your heart, if you haven’t pronounced them with your lips: ignem veni mittere in terram et quid volo nisi ut accendatur? (Lk 12:49). I have come to cast fire on the earth, and what will I but that it be kindled. And the answer: ecce ego quia vocasti me! (1 Sam 3:8). Here I am, because you have called me.”[3] We can ask ourselves whether we habitually have this courageous readiness of the saints to second God’s action in our souls. Does our daily dialogue with God set our heart on fire, as happened to the disciples at Emmaus? Do we let the Holy Spirit spur us like them to announce this news joyfully to others, with the same apostolic zeal?

To enkindle this “fire of love” that Jesus’ heart yearned for, he first had to suffer the Passion, which he calls his baptism and which makes him exclaim: “how I am constrained until it is accomplished!” Jesus adds that he has come to bring division and not peace—division even within families. But as Pope Francis said: “It is not that Jesus wishes to split people up. On the contrary Jesus is our peace, he is our reconciliation! But this peace is not the peace of the tomb, it is not neutrality. Jesus does not bring neutrality, this peace is not a compromise at all costs. Following Jesus entails giving up evil and selfishness and choosing good, truth and justice, even when this demands sacrifice and the renunciation of our own interests. And this indeed divides; as we know, it even cuts the closest ties. However, be careful: it is not Jesus who creates division! He establishes the criterion: whether to live for ourselves or to live for God and for others; to be served or to serve; to obey one’s own ego or to obey God. It is in this sense that Jesus is a ‘sign that is spoken against’ (Lk 2:34).”[4]