With the grace of Christ, who is the Truth, Christians can live a life governed by truth. 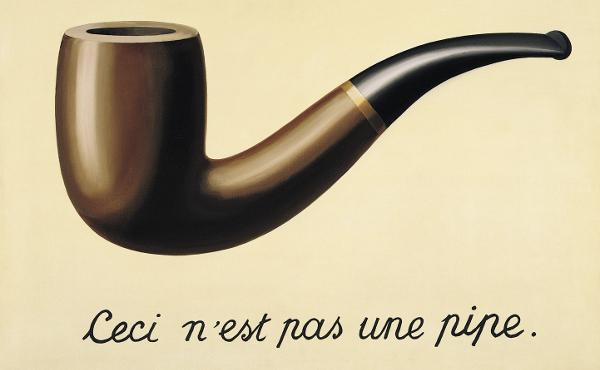 “The eighth commandment forbids misrepresenting the truth in our relations with others…Offenses against the truth express by word or deed a refusal to commit oneself to moral uprightness" (Catechism 2464).

1. Living in the truth

"It is in accordance with their dignity that all men, because they are persons...are both impelled by their nature and bound by a moral obligation to seek the truth, especially religious truth. They are also bound to adhere to the truth once they come to know it and direct their whole lives in accordance with the demands of truth." [1]

But our readiness to know the truth and to express it by word and deed has been distorted by sin, which has wounded human nature, inflicting the intellect with ignorance and the will with malice. As a consequence of sin, our love for truth has diminished, and we are prone to deceiving one another out of selfishness and self-interest. However, with Christ's grace, Christians can live a life governed by truth.

The virtue that disposes us to always speak the truth is called truthfulness, sincerity or candor (cf. Catechism 2468). Three basic aspects of this virtue are:

– sincerity with oneself : this involves recognizing the truth about one's own behaviour, both external and internal (intentions, thoughts, feelings, etc), without fear of facing the whole truth , without shutting one's eyes to reality; [2]

– sincerity with others : living together with other men and women would be impossible if people could not trust one another, that is, if they did not speak or act truthfully, for example, by respecting contracts or pacts in general, and keeping their word (cf. Catechism 2469);

– sincerity with God : God sees everything that happens but wants us, as his sons and daughters, to be sincere with him. “A son of God behaves as a son with the Lord. His behaviour is not obsequious and servile or formally reverential or merely courteous, but full of sincerity and trust. God is not scandalized by men. God does not get tired of our lack of fidelity. Our Father in heaven pardons any offence when his son returns once again to him, when he repents and asks for pardon. Our Lord is a Father to the point of foreseeing our need to be pardoned and comes toward us, opening his arms with his grace." [3]

Sincerity in the sacrament of Confession and in spiritual direction are extraordinarily effective means for growing in interior life—in simplicity, humility and in the other virtues. [4] Sincerity is essential to persevere in following Christ, since Christ is the Truth (cf. Jn 14:6). [5]

Holy Scripture teaches us to speak the truth with charity (cf. Eph 4:15). Sincerity, like all the virtues, must be lived out of love for God and other men and women, with refinement and understanding.

Fraternal correction : this is the gospel practice of telling someone of a mistake he has made or of a defect so that he can correct it. It is a real manifestation of love for the truth and of charity, and can sometimes be a serious duty.

Simplicity in dealing with others : Simplicity results when one's intention is manifested quite naturally in one's behaviour. Simplicity arises from love for the truth and from the desire that it be faithfully reflected in one's actions with naturalness, without affectation. This is also what is known as sincerity of life . Like the other moral virtues, simplicity and sincerity must be guided by prudence to be real virtues.

Sincerity and humility : Sincerity is the path for growing in humility (“travelling in the truth" as Saint Teresa of Jesus used to say). Pride leads to seeing the faults of others very easily—exaggerating them or even inventing them—and not to take into account one's own failings. The disordered love of one's own excellence always tries to keep us from seeing ourselves as we are, with all our wretchedness.

3. Bearing witness to the truth

“Witness is an act of justice that establishes the truth or makes it known" (Catechism 2472). Christians have the duty of bearing witness to the Truth, to Christ. As such, they must be witnesses to the Gospel with clarity and coherence, without hiding their faith. The opposite would mean being ashamed of Christ, who said: whoever denies me before men, I also will deny before my Father who is in heaven (Mt 10:33).

“Martyrdom is the supreme witness given to the truth of the faith: it means bearing witness even unto death. The martyr bears witness to Christ who died and rose, to whom he is united by charity" (Catechism 2473). Confronted with the choice between denying the faith (by word or by deed) or losing one's earthly life, Christians must be ready to give up their life: what does it profit a man to gain the whole world and forfeit his life? (Mk 8:36) Christ was condemned to die for giving witness to the truth (cf. Mt 26:63-66). A great multitude of Christians have been martyred for remaining faithful to Christ, but “the blood of the martyrs has been transformed into the seed of new Christians." [6]

“If martyrdom, to which few are called, is the supreme witness of moral truth, there does exist a witness to coherence which all Christians must be disposed to give every day, at the cost of suffering and great sacrifices. In fact, confronting many difficulties which even in the most ordinary circumstances can require fidelity to the moral order, the Christian, imploring God for his grace, is called to a commitment which is at times heroic. He is supported by the virtue of fortitude, which, as St Gregory the Great taught, enables him 'to love difficulties in this world in view of the eternal award' (Moralia in Job , 7,21,24)." [7]

“'A lie consists in speaking a falsehood with the intention of deceiving' (St Augustine, De mendacio 4, 5). The Lord denounces lying as the work of the devil: 'You are of your father the devil . . . there is no truth in him. When he lies, he speaks according to his own nature, for he is a liar and the father of lies' (Jn 8:44)" (Catechism 2482).

“The gravity of a lie is measured against the nature of the truth it deforms, the circumstances, the intentions of the one who lies, and the harm suffered by its victims" (Catechism 2484). It can be a mortal sin “when it does grave injury to the virtues of justice and charity" ( ibid. ). Frivolous speaking or talkativeness (cf. Mt 12:36) can easily lead to lying (inexact or unjust criticisms, exaggerations, at times calumnies).

False witness and perjury : “When it is made publicly, a statement contrary to the truth takes on a particular gravity. In court it becomes false witness. When it is under oath, it is perjury" (Catechism 2476). There is an obligation to make amends for the harm caused.

“Respect for the reputation of persons forbids every attitude and word likely to cause them unjust injury" (Catechism 2477). The right to honor and good reputation—one's own and others'—is something more precious than riches, and of great importance for the life of each person and family, and for society in general. Sins against the good reputation of others include:

– defamation : This is any unjust act offending another's reputation in one of two ways: 1) detraction or slander , which involves disclosing someone's real faults or defects without valid reason (called gossiping when done behind that person's back); 2) calumny , which consists in attributing to someone false misdeeds or faults. The twofold malice of calumny violates both truth and justice; its gravity depends on the gravity of the calumny and how wide it is spread.

Nowadays, these offenses against the truth and others' good reputation are quite frequent in the media. Therefore, one needs to view information from newspapers, magazines, TV, etc. with a healthy critical spirit. A naïve or credulous attitude leads to forming false judgments. [8]

Whenever defamation takes place, whether by detraction or calumny, there is an obligation to take all possible means to restore the good reputation of the person unjustly offended.

Cooperating in these sins must be avoided. This includes anyone who likes to listen to someone defaming another person, and enjoys what is said; anyone in charge who does not prevent gossiping about colleagues; anyone, though offended by the sin of detraction, who fails to correct or contradict the defamer out of fear, negligence or shame; and anyone who thoughtlessly spreads what someone has insinuated about another person. [9]

In addition, “every word or attitude is forbidden which by flattery, adulation, or complaisance encourages and confirms another in malicious acts and perverse conduct. Adulation is a grave fault if it makes one an accomplice in another's vices or grave sins. Neither the desire to be of service nor friendship justifies duplicitous speech. Adulation is a venial sin when it only seeks to be agreeable, to avoid evil, to meet a need, or to obtain legitimate advantages" (Catechism 2480).

“The good and safety of others, respect for privacy, and the common good are sufficient reasons for being silent about what ought not be known or for making use of a discreet language. The duty to avoid scandal often commands strict discretion. No one is bound to reveal the truth to someone who does not have the right to know it" (Catechism 2489) “The right to the communication of the truth is not unconditional" (Catechism 2488)

“The secret of the sacrament of reconciliation is sacred, and cannot be violated under any pretext. 'The sacramental seal is inviolable; therefore, it is a crime for a confessor in any way to betray a penitent by word or in any other manner or for any reason' (CIC 983, §1)" ( Catechism 2490).

Professional secrets and in general all natural secrets must be kept. Revealing such secrets involves a lack of respect for people's privacy and can be a sin against justice.

A just reserve respecting people's private life needs to be maintained. Interference by the media in the private lives of persons engaged in political or public activity is to be condemned to the extent that it infringes on their privacy and freedom (cf. Catechism 2492).

The social media have a decisive influence on public opinion. They are an important field for apostolate in defense of the truth and in striving to Christianize society.

St Josemaria, “ Christian Respect for Persons and their Freedom ," in Christ is Passing By , 69-72.

“Sincerity is indispensable if we are to achieve greater union with God. If you have an ugly 'toad' inside you, my son, let it out! As I have always advised you, the first thing you must mention is what you wouldn't like anybody to know. Once the 'toad' has been let out in Confession—how well one feels!" (The Forge , 193).

[5] “Sincerity: with God, with the director, with your fellow men. If you act like that, I shall be certain of your perseverance" (St Josemaria, Furrow , 325).

[8] “The means of social communication (especially the mass media) can give rise to a certain passivity among users, making them less than vigilant consumers of what is said or shown. Users should practice moderation and discipline in their approach to the mass media. They will want to form enlightened and correct consciences the more easily to resist unwholesome influences" (Catechism 2496).

When broadcasting news, public opinion professionals have an obligation “to serve the truth and not offend against charity in disseminating information. They should strive to respect, with equal care, the nature of the facts and the limits of critical judgment concerning individuals. They should not stoop to defamation" (Catechism , 2497).

Eighth Commandment of the Decalogue