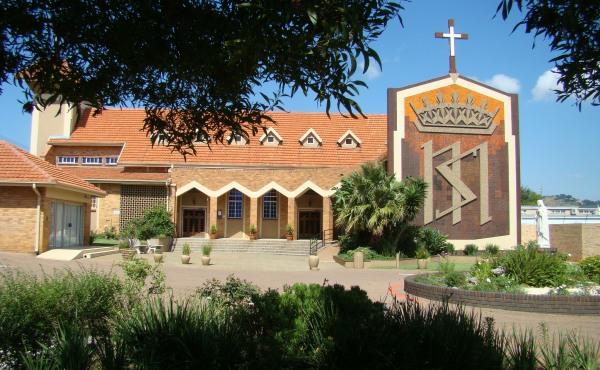 Bishop Hugh Doyle blessed and laid the first stone on 12 February 1956. At that time a hall was built on the location of the present church and also the small hall which is still there. In spite of the continuous fund raising efforts, it was only twenty five years later that the construction work to convert the hall into a true church commenced.

It was designed by Architect S. Honnorat. On 6 February 1982 Mgr Reginald Orsmond, then Vicar General (later Bishop) of Johannesburg, dedicated the church and consecrated the altar. His Grace Archbishop J. P. Fitzgerald, Bishop of Johannesburg, was at the time sick and delegated his Vicar General to carry out the ceremony.

From the beginning Italian Catholics considered Mater Dolorosa as their parish. In keeping with this, one of the Sunday Masses is celebrated in Italian. However, with the passing of the years, a multicultural community, reflective of South Africa's rich diversity of cultures and ethnic backgrounds, has evolved.

During the 52 years since it was built, it has come under the care of both the Servites and the Oblates of Mary Immaculate. In January 2006 Archbishop Buti Tlhagale entrusted the pastoral care of the parish to the Opus Dei Prelature.