With all the allure of glamour and fame, it might seem that Hollywood is the farthest one could get from a life of self-giving and service to others. But this program in Los Angeles seeks to equip young women with the skills and values they need to be catalysts of change in the entertainment industry. 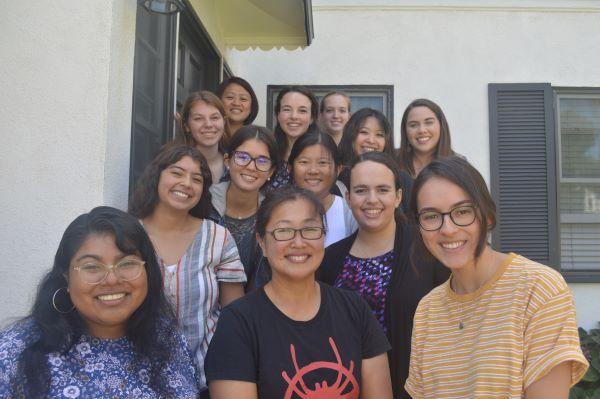 Many people move to Los Angeles to pursue a career in the entertainment industry, not just in front of the camera but at all points in the production process, including directing, screenwriting, cinematography, film scoring, and so on. Pursuing a career in “the industry,” as people call it here, is not for the faint-hearted. Many work other jobs while taking classes to improve their skills and drive all over the city to attend auditions. People usually start off with roles or small jobs that don’t always make use of their talent, then slowly try to build a career. It takes a lot of resilience since someone could work for a long time without making it big. 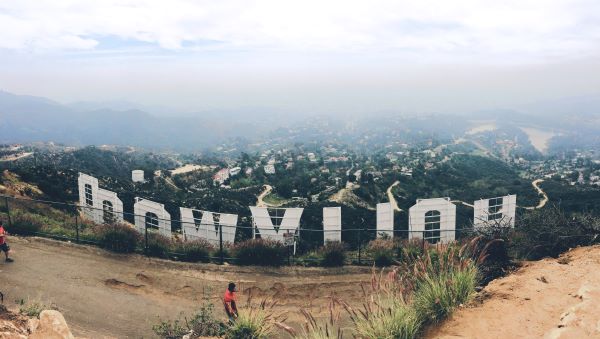 With all the allure of glamour and fame, it might seem that Hollywood is the farthest one could get from a life of self-giving and service to others. But as St. Josemaría Escrivá saw in 1928, God calls everyone, right where they are, to look “for Jesus in order to love Him and to live his holy life until they are completely transformed and made into saints. Saints in the world. A tailor saint, a baker saint, an office saint, a factory worker saint. A saint, seemingly like everyone else around them, but deeply identified with Christ.”[1] Seen in this light, Hollywood is a premier place for “creating a climate of friendship and service, giving a Christian tone to lifestyles, fashions and entertainment,”[2] through “the diverse professional activities which radically shape society ... and deeply influence family and social relations.”[3]

Founded in 1995, Lights! Camera! Action! (LCA) is a media literacy program for young women (in college as well as rising high school seniors), equipping them to become shapers of culture and agents of change through a deeper understanding of the entertainment industry. In addition to learning from industry professionals about their craft and visiting studios to see where the films are made, participants discuss what makes Hollywood one of the world’s most influential industries and what communication and beauty have to do with human happiness in university-level media literacy and philosophy classes. They also have a chance to exercise their own creativity, bringing their newly acquired knowledge to life. Throughout this week-long program, participants work in teams on a project they take through all stages of the production process -- from the initial idea to storyboarding to filming and editing a video which is presented on the last day of the program.

In 2019, participants came from all over the US, including California, Maryland, Missouri, Florida and Texas. Some were actively pursuing careers in the entertainment industry, like Claire, who is an accomplished actress and wants to pursue her Bachelor of Fine Arts in college, or Kiley, who has directed and acted in many productions since high school and dreams of starting her own theater company. Others didn’t see themselves in the industry, but wanted to be informed consumers, like Mariana, who studies Urban Planning but loves watching and discussing shows with her friends.

Throughout the 2019 program, participants had the opportunity to connect with professionals from the entertainment industry. Many of the professionals who speak at LCA come back year after year because they see the good that they are doing by sharing their hard-earned wisdom with the next generation of media professionals. 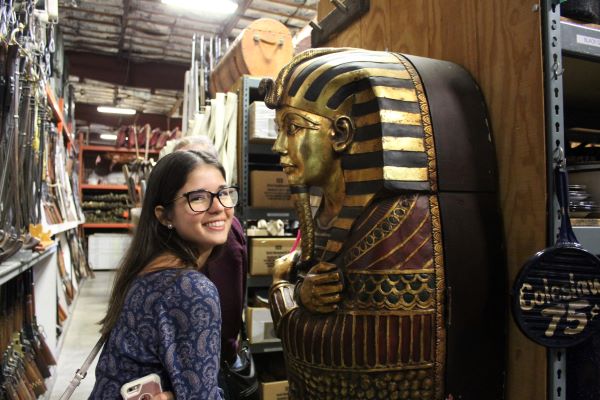 For example, Jenny, a voice-over actress who brought her recording equipment for the participants to try out, shared how the formation she receives from Opus Dei helps her to use her time well and to deepen her friendships. She has also helped several of her friends discover the beauty of the Catholic faith for themselves. Another speaker, Laura, attended LCA herself as a young woman but went into a different industry after graduating from college. After her first job, she decided to move to California and pursue her career as an actress. Since then, she has starred in some commercials and films. She spoke about how she embraces the challenges which come from being a professional actress, taking on various “smaller” acting engagements on a regular basis and occasionally landing “bigger” roles, while still making time to develop herself humanly and spiritually.

The year 2020 was a memorable year for many reasons, not the least being the 25th anniversary of LCA! Not to be stopped by the COVID-19 pandemic, LCA was re-imagined last year as a one-day virtual media literacy workshop, reaching out to young women from all over the US and the world. Several students from the Philippines woke up in the middle of the night to be able to attend the sessions scheduled during the day in Los Angeles. One added benefit of going virtual was that LCA could offer breakout sessions for participants to get to know other people with similar interests from around the world. One breakout session led to an impromptu storyboarding workshop, led by Denise, a storyboard artist and a favorite LCA speaker. Maria, who attended LCA in person in 2019, logged on for more and shared how LCA inspired her to pursue a career in animation.

LCA is back in-person this summer, thanks to the open doors of Westfield Residence, a student residence for college women which seeks to help women “think globally, work with a social conscience and become catalysts for positive change in the community.”[4] Taking advantage of being located in the entertainment capital of the world, Westfield partners with LCA to “strengthen and support parts of today’s culture which are eminently positive, pro-woman and pro-community.”

Hollywood needs the bright lights of generous women who have a professional eye and a heart open to all humanity.

For more information about Lights! Camera! Action! and the application for the summer 2021 program, please visit: http://www.westfieldresidence.org/lights-camera-action