A brief account of Opus Dei's history and activities in South Africa. 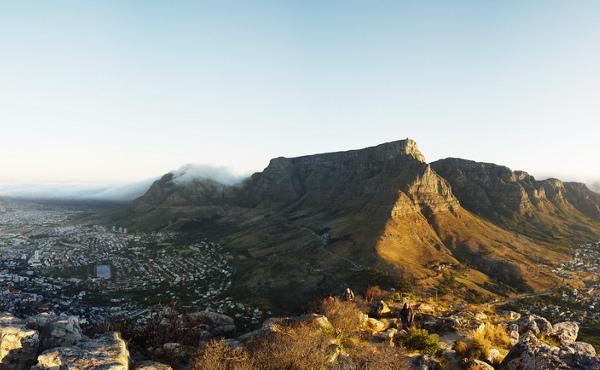 During the Second Vatican Council, Cardinal Owen McCann, then Archbishop of Cape Town, the first metropolitan see in SA, wrote to St Josemaría, the Founder of Opus, requesting that Opus Dei begin its activities here.

However, at that time it was not possible to accede to this request because of the Founder's insistence that Opus Dei works with all races. St Josemaría prayed for the beginnings of Opus Dei in SA from that time up until his death.

With the transition to a democratic era after the first post-apartheid elections in South Africa on 27 April 1994, many people from various African countries and other parts of the world flocked to South Africa.

This was partly as a result of the opening of the country to the outside world as well as the new opportunities presented by its reintegration into the international community.

In later years these trips were made from Nigeria. At that time a number of people in Cape Town, Johannesburg and Pretoria expressed great interest in Opus Dei and its formational activities. The possibility of beginning the work of Opus Dei in a stable way was studied around this time.

There is another centre in Parktown for apostolic activities with male students. In Pretoria, there is also a centre for men and another for women. Weekend retreats and longer seminars and courses are held at a venue located in a rural area near Pretoria, on the way to Hartebeestpoort.

Some Opus Dei members, working with other citizens through Komati Foundation, have established social welfare programmes to assist the underprivileged, particularly in the fields of education and sports.

The spiritual and moral instruction given in these programmes is entrusted to the Prelature of Opus Dei. A supplementary educational programme known as ImFunda Social Integration & Sport has been established by Komati Foundation in partnership with the Real Madrid Foundation. This programme is run by some faithful of Opus Dei along with other people.

Around 98 percent of the students who take part in the ImFunda Academies are from Soweto and Mamelodi, 2 underserviced townships in Johannesburg and Pretoria, respectively. Similar programs include organising volunteer activities in conjunction with the Volunteer Programme of the University of the Witwatersrand in St Anne's School in Atteridgeville and at New Generation School in the Eikenhof Informal Settlement, south of Johannesburg.

Additionally, Opus Dei members, in cooperation with others, run Westwold College in Johannesburg, a CATHSSETA-accredited women's hospitality college that focuses on culinary arts. Westridge Study Centre is another initiative, a hall of residence for male university students. Other centres are Brookside Hall and Arbor Study Centre in Pretoria.

In May 2003 the Prelate of Opus Dei, Bishop Javier Echevarría, paid his first visit to South Africa. The Vicar-General, Msgr Fernando Ocáriz and Msgr Joaquin Alonso accompanied him. He was in Johannesburg from the morning of the 7th to the evening of the 10th and carried out an intense activity: praying, preaching and talking to many people. He met the faithful of Opus Dei, their families and many cooperators and friends of the Prelature, in small groups and also in a bigger gathering at a hotel in Parktown. He paid visits to Archbishop of Pretoria George Daniel, the Papal Nuncio, Archbishop Blasco Francisco Collaço and the then Administrator “sede vacante" of Johannesburg, Fr John Finlayson.

Although the main service that the priests of Opus Dei render to the Church is their pastoral work in the activities organised by the Prelature, some of them also work in activities entrusted to them by diocesan bishops.

Thus in 2005, His Grace Buti Joseph Tlhagale, Archbishop of Johannesburg, entrusted the parish church of Mater Dolorosa (Our Lady of Sorrows) to the Prelature of Opus Dei. Additionally, some priests of Opus Dei work in various capacities in the dioceses of Johannesburg and Pretoria.