Fleeing War to Find God: The Story of Jerome

Jerome hasn't had it easy in his life. This is how he presents himself: "I was born in the Congo and, since I was a child, my life has been marked by pain." Here is his story. 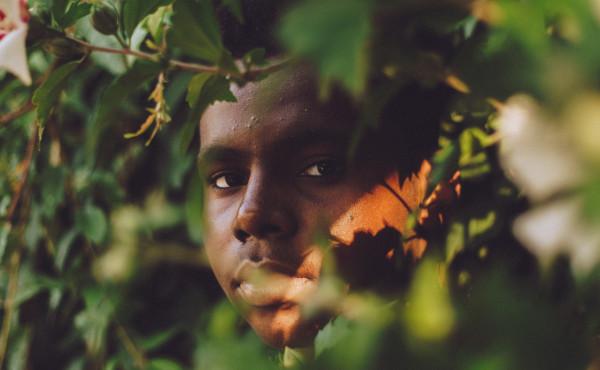 I lived my childhood in Kilwa, a small town in the Democratic Republic of Congo, surrounded by the affection of my parents and of three elder brothers. My parents, both Catholics, had me baptized as a baby. My mother, member of the Legion of Mary, saw to it that I was taught catechism from early childhood.

She taught me the first prayers, still permanently engraved in my memory. One of the happy memories of these days is my first schooling, where between songs, games and classes I learned how to read and write.

Sorrow didn’t take long to leave its mark on those happy years. I was eight. My mother decided to carry through a pregnancy that doctors judged dangerous.

The best memory I have on my months in the orphanage is a pocket Gospel that I always carried with me.

Justine was born, a beautiful baby girl. But the complications of Caesarean delivery took my mother to heaven. In 1997, two years after her death, my father was murdered. All of us siblings left Kilwa for Lubumbashi, on a lorry provided by Msgr Tafunga, the then bishop of Kilwa-Kasenga. 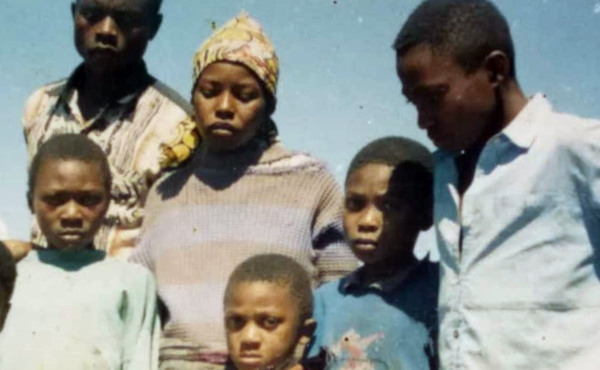 In Lubumbashi, my young brother Arsène and I spent some time at the Salesian centre Cité des Jeunes. The centre looks after orphans and street children. The best memory I have of it is a pocket Gospel that I always carried with me. Reading it was very attractive, and gave me great peace.

Six months later our eldest brother Emmanuel, who was 24 at the time, took us to an auntie’s place at Kindu, in Central-East Congo. My sister Justine stayed behind in Lubumbashi in the home of another auntie. I have never seen her again, although we communicate by telephone every now and then.

We spent long hours hidden in the bush, fleeing the armed conflict.

The past years were difficult around Kindu, because of the war. Schools were closed. We spent long hours hidden in the bush, fleeing the armed conflict. Health problems were frequent. One night, all of a sudden, God took my brother Arsène who was sleeping at my side. 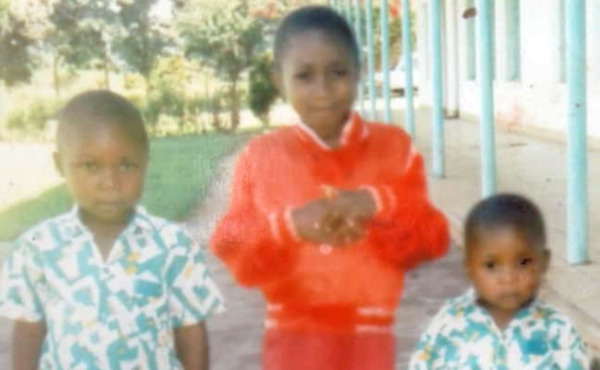 Occasionally people ask me whether all this situation made me ever doubt God. I must say that the question surprises me. It never occurred to me. As a matter of fact, I remember that all along those years I kept a great presence of God. I find it difficult to explain, but I never felt alone.

A priest used to come to the village to celebrate Mass. But when we lived in the bush we lacked the opportunity. These circumstances led me to value the opportunity of attending Mass.

Thank God, things calmed down. In 2003, five years after interrupting my studies, some members of the family came to bring us back to school. My brother Patrick and I started attending classes again while working in the manufacturing and sale of bricks, which enabled us to pay for our studies.

One of the teachings that helped me most during the catechesis was the need to forgive.

I was able also to finish the catechesis, and received the sacraments of Communion and Confirmation. One of the teachings that helped me most during the catechesis was the need to forgive. It helped me to forgive my father’s murderers, and to encourage the rest of the family to do the same. 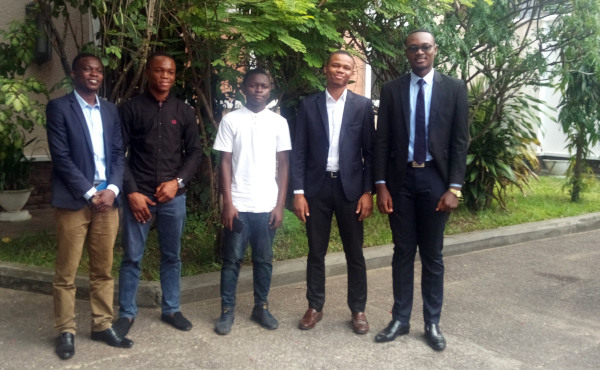 On the day of my Confirmation we were told to come to the ceremony dressed in red, the liturgical colour that symbolizes the Holy Spirit. We were living in extreme poverty; to buy new clothes was impossible so I managed as well as I could. Among my clothes I found a track suit of that colour and a red T-shirt with the number 12. I did not want to miss Confirmation, so I tried to pass unnoticed by camouflaging myself among my friends. I don’t know what the bishop thought of it, but he did not see the number that decorated my back.

We were living in extreme poverty; to buy new clothes was impossible so I managed as well as I could.

Meanwhile my eldest brother Emmanuel was able to complete his studies in Kinshasa, and was sent to work in Bukavu. Shortly afterwards he called me to his side, and there I got the diploma in Geology in 2016.

Afterwards I settled in Goma, in the east of the country, with Emmanuel and his family. I sat a test for one of the 100 posts offered by the National School of Administration.

I was chosen among more than eleven thousand from the whole country. I packed my bags and travelled to Kinshasa, more than 2000 kilometers to the west. For twelve months I attended classes that qualified me as a civil servant in the Ministry of Mines.

During the year of formation, I was lucky enough to meet Dominique, a medical doctor also studying for the Civil Service.

During the year of formation, I was lucky enough to meet Dominique, a medical doctor also studying for the Civil Service. Once we held a long conversation about religion, specifically on the different forms of prayer. The dialogue was interesting. Next day he gave me a rosary and taught me how to use it.

Early in 2018, Dominique invited me to a centre for the physically handicapped, and for the first time he spoke to me about Opus Dei. Later he invited me to Loango, where activities for university students are carried out, spiritually attended by priests of Opus Dei. The cheerful environment captivated me at once, and I immediately realized the opportunity given to me to grow in human and spiritual formation.

Ever since, the teachings of St Josemaría have helped me to discover new horizons. The possibility of seeking sanctity in work and in ordinary life was completely new for me. I willingly absorbed all the teachings of the means of formation offered by Loango: meditations, the course of Catholic doctrine, conversations with the priest, retreats, etc.

During these months my life has changed a lot. Not externally though; nevertheless presence of God and all my actions, even the smallest, have acquired an infinite value that completely transform my days.

Despite the sorrows that have hit my life, God’s caresses have never been lacking.

Now I have to settle down and start working in the capital. God willing, I will soon be able to marry and form a new family. Despite the sorrows that have hit my life, God’s caresses have never been lacking. I clearly see His hand behind this encounter.