The first in a series of articles on figures from the Old and New Testament who make clear to us how close God is to his people. 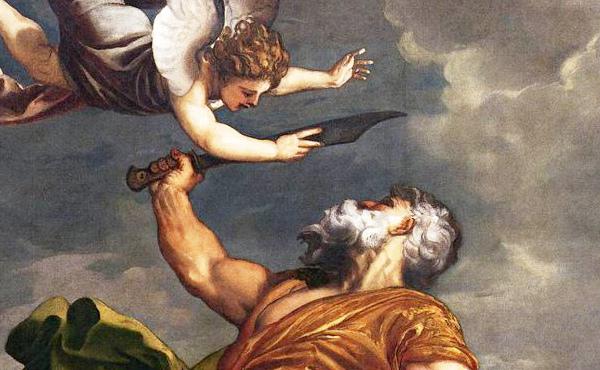 ABRAHAM, OUR FATHER IN THE FAITH

The Book of Genesis recounts the life of Abraham from the moment the Lord crosses his path and radically changes his life. Although the sacred writer does not try to give a detailed biography, he presents numerous episodes that show the deep faith of the holy patriarch and the way in which he lets God act in his life.

God promises to give him a land to dwell in and many descendants, but Abraham will have to undertake a journey: Go from your country and your kindred and your father’s house to the land that I will show you. And I will make of you a great nation, and I will bless you, and make your name great, so that you will be a blessing.[1] Some time later, God himself changes his name: No longer shall your name be Abram, but your name shall be Abraham,[2] to indicate that he had conferred on him “a new personality and a new mission, as can be seen from the meaning of his new name: ‘father of a multitude of nations.’”[3] This new name made clear that the patriarch’s special role depended on his covenant with God and his fidelity to it.

Abraham listened to God’s command and put it into effect, without paying too much attention to what circumstances seemed to dictate. Why abandon the security of his homeland, and expect descendants when both he and his wife were already old? But Abraham trusted in God, in his omnipotence, wisdom and goodness. The episode of 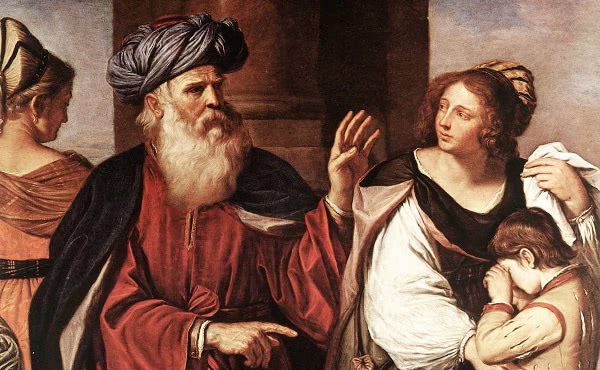 Knowledge of the world, common sense, experience, human means all have their importance. But if our vision remained stuck on the plane of human prudence, our perception of reality would be false and incomplete, since our Father God is always watching over us and his power has not been diminished. St. Josemaria insisted: “In your apostolic undertakings you are right—it’s your duty—to consider what means the world can offer you (2+2=4), but don’t forget—ever!—that, fortunately, your calculations must include another term: God+2+2...”[5]

The difficulties in life, no matter how adverse they might seem, are never the final word. God is faithful and always fulfills his promises. Abraham acts in accord with this reality. The exemplary value of Abraham’s faith is made up of three key features: obedience, trust, and fidelity.

The obedience of faith

Abraham declares his faith principally by obeying God. Obedience requires listening, for we first need to be attentive, that is, to know the will of the other person in order to respond and fulfill it. In Sacred Scripture obedience is not just a matter of mechanically fulfilling a command; it implies an active attitude that brings into play our intelligence in responding to God who reveals himself, and that leads us to adhere to the divine will with all our strength and skill. “When God calls him, Abraham goes forth ‘as the Lord had told him’ (Gen 12:4); Abraham’s heart is entirely submissive to the Word and so he obeys.”[6]

The obedience that stems from faith goes far beyond simple discipline: it entails the free and personal acceptance of the word of God. This occurs also in many moments of our life when we are able to accept God’s word or reject it by letting our own ideas prevail over what he wants. The obedience of faith is the response to God’s invitation to walk alongside him, to live in friendship with him. “To obey (from the Latin ob‑audire, to ‘hear or listen to’) in faith is to submit freely to the word that has been heard, because its truth is guaranteed by God, who is Truth itself. Abraham is the model of such obedience offered us by Sacred Scripture. The Virgin Mary is its most perfect embodiment.”[7]

Trust and abandonment in God

When we consider Abraham’s example, we see that faith is present in his entire life, and that it comes to the fore especially in moments of darkness, when human evidence fails. Faith always implies a certain obscurity, a living in mystery, knowing that we will never attain a perfect explanation, a perfect understanding, because then there would no longer be faith. As the Letter to the Hebrews says, faith is the assurance of things hoped for, the conviction of things not seen.[8] The lack of evidence in faith is superseded by the believer’s trust in God. By faith, the patriarch set out on his way without knowing where he was going. As the Catechism of the Catholic Church says, Abraham had to trust greatly in God in order to live “as a stranger and pilgrim in the Promised Land,”[9] and to face the sacrifice of his son. Take your son, your only son Isaac, whom you love, and go to the land of Moriah, and offer him there as a burnt offering upon one of the mountains of which I shall tell you. [10]

Abraham’s faith is revealed in all its depth when he is ready to renounce his son Isaac. The sacrifice of his own son is a prophecy of Christ’s self-giving for the salvation of the world. It is something so astounding that it needs no comment. But Abraham does not rebel against God. He does not question him or express doubts, but trusts in him. He sets out, attentive to the Lord’s voice, and at the end of the trip, at 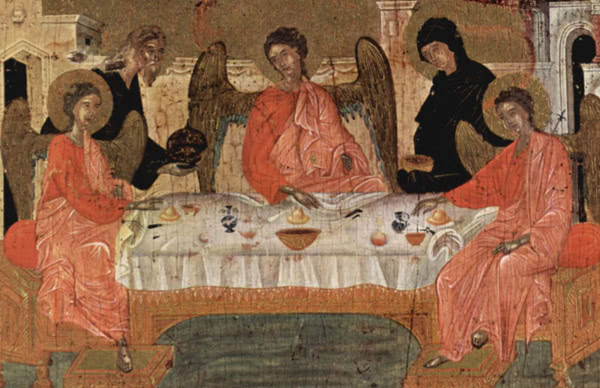 Similar events can sometimes take place in the lives of the saints. We recall, for example, the time when St. Josemaria thought that God was asking him to leave Opus Dei in order to begin a new foundation for diocesan priests. What a great sacrifice! In fact, after speaking with various people in the Holy See, he even told Don Alvaro, Aunt Carmen, Uncle Santiago, the members of the General Council and a few others of his decision. “But God did not want it that way, and with his merciful, loving, fatherly hand he freed me from the terrible sacrifice that I was preparing to make by leaving Opus Dei. I had informed the Holy See unofficially of my intention . . . but I later saw clearly that this new foundation, this new association, was not necessary, since diocesan priests fitted perfectly within the Work.”[12] As Abraham had been liberated, so too was St. Josemaría. Our Lord made him understand that diocesan priests could form part of Opus Dei and be admitted as members of the Priestly Society of the Holy Cross, without affecting their situation in their diocese; or rather, their union with the rest of the clergy and with their bishop would actually be strengthened.

Faith that is fidelity

Abraham’s faith is also shown as faithfulness; in the face of adverse events he perseveres in his decision to follow God’s will. His faith rests on the word of God, and therefore it leads to deeply considered decisions that are not subject to a later “revision”or “re-thinking.” Let us hold fast the confession of our hope without wavering, for he who promised is faithful.[13] In our life there will always be moments that help us, with God’s grace, to strengthen and consolidate our faith. Abraham was subjected to a tremendous trial: having to sacrifice the person who was the fruit of the promise made to him. The holy patriarch did not just have to confront difficult situations, but to hope against all hope,[14] because the situations invited him to “judge” the divine will, to doubt God himself and his faithfulness. Here is the root of the temptation presented to Abraham.

We too can sometimes encounter situations in which we sense that God is asking us for something difficult: taking a step forward in our lives as Christians, renouncing a way of acting or even a way of being which is already deeply entrenched in us, but which perhaps detracts from the fruitfulness of our apostolate. The temptation might arise to silence that uneasiness, to make what we ourselves want seem like God’s will: “the temptation to set God aside in order to put ourselves at the center is always at the door.”[15]

Abraham did not act in that way. He walked towards