Novena for the sick

"Children. The Sick. — As you write these words, don't you feel tempted to use capitals? The reason is that in children and in the sick a soul in love sees Him." The Novena for the Sick, with many quotes from St. Josemaria's writings, encourages accepting suffering with a Christian spirit, uniting it to Christ's passion and death, and asks God for a cure if such be his will. 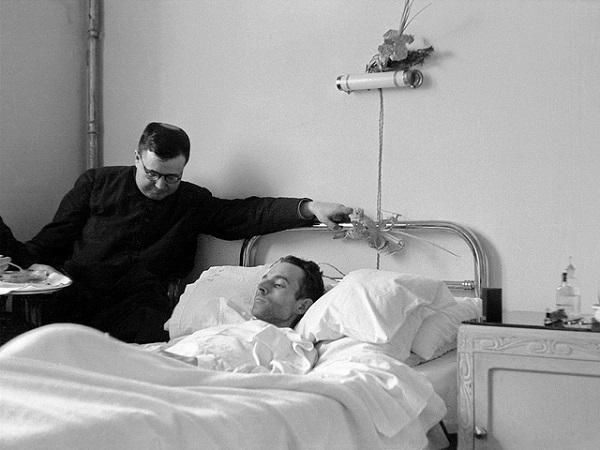 Ever since St Josemaria died on June 26, 1975, hundreds of people have written about favors they have received through his intercession: material help, conversions, firm decisions to return to the practice of the Faith, and also the healing of people who were sick.

The person who composed the three novenas, Fr Francisco Faus, explained: “What moved me to write the three novenas to St Josemaria was my love for the founder of Opus Dei. I lived near him for two years in Rome (from October 1953 to July 1955) and then in Brazil during May-June 1974). That was an inestimably great grace for me.”

Fr Francisco continued: “This filial love for someone I always saw as a father – the Father –, and the devotion which, like thousands of others, I feel for him, impelled me to prepare these novenas and circulate them. I thought they might be a popular, simple, accessible way of introducing many people to St Josemaria’s teachings and to his intercession and help.”

The Novena for the Sick


The Novena for the Sick, with many quotes from St. Josemaria's writings, helps one to accept suffering with a Christian spirit, uniting it to Christ's passion and death, and asks God for a cure if such be his will.