I asked Montse to intercede and save his life. 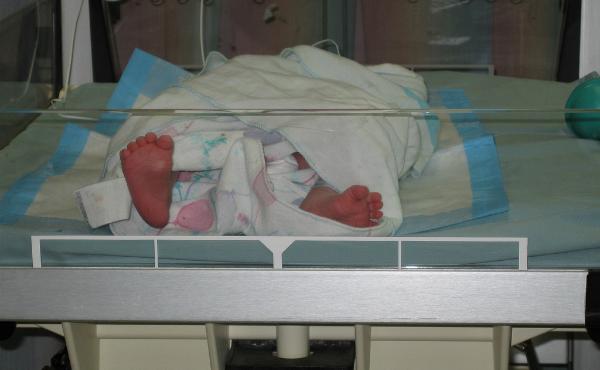 My second child was born two months premature and weighed less than five pounds. A few hours after his birth, he was diagnosed with a cerebral hemorrhage that seriously impeded his breathing and muscle development. He was gasping continually for breath. The chest X-ray showed his lung totally collapsed.

When alone with my son, I prayed to Montse Grases, whose Cause of Canonization had begun and whom I had known during her final years. I asked Montse to intercede and save his life.

After a while the gasping subsided and then disappeared completely. The doctor on duty came in and observed that the baby showed signs of muscle development.

Ten or twelve hours later, they took another chest X-ray and saw that his lung was normal. From then on, the baby developed normally.

The day before, due to our child’s critical condition, we had asked a well-known doctor who was a friend of the family to look at him and see if there was anything he could do. But by the time he arrived the baby had completely recovered. He didn’t understand why we had asked him to come so urgently. But when he looked at the X-ray taken a few hours before, he said he had never seen a lung so closed. He was amazed at the quick recovery.

When my son was brought to church for the baptismal ceremony -- a nurse had already baptized him at birth -- we gave him his father’s name and then Salvador [which means “Savior” in Spanish] as a second name, since we consider his survival a miracle.

Our son is now studying engineering. He gets very good grades and suffers no side-effects.

I’ve always attributed his cure to the intercession of Montse Grases, to whom I entrusted him with so much faith at such a difficult moment.