Interview with Postulator for Montse Grases

Msgr. Jose Luis Gutierrez Gomez, Postulator for Montse Grases' Cause of Canonization, answers some questions in view of the recent Decree of the Holy See confirming her heroic practice of the virtues. 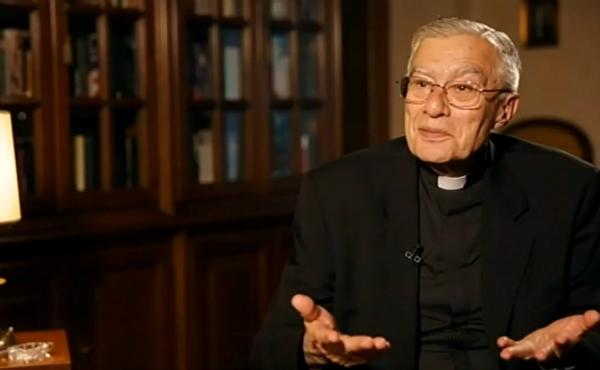 1. Briefly, what sort of person was Montse Grases?

When the Church declares that someone practised the Christian virtues heroically, then that is obviously a major part of their character. So the first thing I would say is that Montse practised faith, hope and charity in the highest degree, as well as the cardinal virtues and the moral virtues. She was very devout, and she put all her efforts into seeking God in the context of her everyday life.

Montse was a girl just like any other, a very human person, who learnt to make the most humdrum situations into something supernatural – her family relationships, her teenage friendships, her study and work, her leisure time, etc. Everyone who knew her agreed that she had real sweetness – not sentimentality –, which made her very attractive. As a result, lots of girls of her own age wanted to be friends with her, and she made friends with them generously. When she met Opus Dei, Montse used her gifts to bring her friends closer to God, quite naturally, not in any harsh or forced way, but by being a real friend to them individually.

She was a deeply happy girl, and spread happiness around her in all situations, including her illness and death.

2. What does the title “Venerable” say about Montse?

Canonized saints help us ordinary Christians on our path through life by their example and intercession before God. The Church states that the help they give us is a great service, so that we can and should pray for their intercession for ourselves and the whole world.

By declaring Montse “Venerable,” the Church is saying that Montse is an example who can be proposed to Catholic faithful for our devotion and imitation, and is encouraging us to have recourse to her intercession to obtain favours from Heaven.

3. Is there one of Montse’s heroic virtues that you would single out?

She taught us that following Christ closely does not mean doing progressively harder or more extraordinary things, but doing everyday things for love and with love, turning them into opportunities of serving God and others. Montse incarnated the spirit that God had entrusted to St Josemaria, the founder of Opus Dei.

Her life also proves that you don’t have to wait to be “older” to achieve high goals, and that youth is not just a passing stage in life, but just the opposite: it is the time when you can give yourself to God, loving him wholeheartedly, to light up the world with Christ’s light.

St Josemaria used to remind the younger Opus Dei faithful that “age does not bring either wisdom or holiness. On the other hand, the Holy Spirit places these words on the lips of young people: Super senes intellexi, quia mandata tua quaesivi (Ps 118:100) – I have more wisdom than the ancient, more holiness than the aged, because I have tried to follow the Lord’s commandments. Don’t wait for old age to be saints: it would be a big mistake.” Montse took in this message fully, and I think she will move many young people not to put off the decisions that transform life and give it a divine meaning – decisions of greater solidarity, of openness to God and other people.

4. And is there in fact devotion to Montse among young people?

Yes, lots of young people pray to her, and we have received news of hundreds of favours attributed to her intercession. Also, many young people go to pray before her tomb in the oratory of Bonaigua University Residence in Barcelona.

Another striking fact is the sheer number of prayer-cards for private devotion to her that have been printed. According to the information I have, just in 2014 over 40,000 prayer-cards were produced, in Arabic, Catalan, Cebu, Chinese, Dutch, English, Estonian, French, German, Italian, Japanese, Lithuanian, Polish, Portuguese, Spanish, Swedish and Tagalog.

5. A process of beatification and canonisation involves questioning many people. Who are the people who have testified about Montse, and what have they said about her?

Given that this was someone who died at the age of 18, I consider that the search for witnesses was exhaustive, much more so than usual. And in fact many details about her life reached us that helped to build up a very complete picture of her sanctity.

What did these witnesses say? It would be hard to give a brief summary of it all. I will just give a few quotations, but not the people’s names.

“Montse was a girl who grew up and became a woman, without any problems . . . She was cheerful, clean, kind, and straightforward.”

“She put a lot of care into little things: details of tidiness, mortification, cheerfulness, concern for others, and so on.”

“Montse found Jesus on the Cross – Jesus who abandoned himself into his Father’s arms, saying ‘Into your hands I commend my spirit.’ And as she trusted her Father God, and felt that she was in his hands, she was serene, calm, and happy.”

“The extraordinary thing about Montse was how normal she was. She was able to bear her illness without making a big deal of it, not wanting to be the centre of attention or concern on the part of others.”

“What I admired most about the Servant of God [Montse] was her joy – her constant, infectious cheerfulness. Whenever we went to visit her, when she was already ill and we knew that the doctors had said there was no hope, we felt happy and interiorly at peace as we came away.”

6. For Montse to be beatified, the Holy See has to recognise a miracle obtained through her intercession. Are there any miracles that have been attributed to Montse?

That is correct: the next stage, before her beatification, is proof of a miracle. These miracles are usually cures for which there is no scientific explanation – either because of the type of illness, or because of the way it was cured.

We have received news of many favours, including cures. I’ll just give one example. On 10 March 2003, in Barcelona, Doctor Jose O. left his house to buy something for his wife. In Rambla de Cataluna he had a cardiac arrest. Two doctors who happened to be there gave him heart massage, and he was taken to hospital. His wife and friends prayed for his recovery to Montse. Jose said afterwards, “Nobody believed I would survive, or if I did, they all thought I would be left with heart disease or brain damage. I could have been left paralytic, blind, or simply in a vegetative state.” Whereas in fact he is in good health and leads a normal life.

However, after the decree on her heroic virtues, I am sure that many people will have recourse to the intercession of the new Venerable, and many extraordinary graces will be received, which will undoubtedly enable her to be beatified very soon.

7. A process of beatification and canonisation takes a long time and a lot of hard work. I am sure you think Montse’s process is worth while. Could you say why?

Of course it’s worth while, just like all the processes that are carried out in the Church! We need examples who can help us to lead a Christian life, who can teach us to handle the “concrete realities” of our lives, as Pope Francis says in no. 31 of his Apostolic Exhortation Amoris Laetitia, “because the calls and the demands of the Spirit resound in the events of history.”

The example of an attractive, happy, ordinary young girl who achieved holiness in her normal everyday activities, will be a magnet that draws many other people, especially young people, to take their faith seriously and so find happiness.