"Everything changed when he met St. Josemaria"

An article by Philip Kosloski published in "Aleteia" about Fr. Joseph Muzquiz, whose cause of canonization was opened in Boston by Cardinal Sean O'Malley. 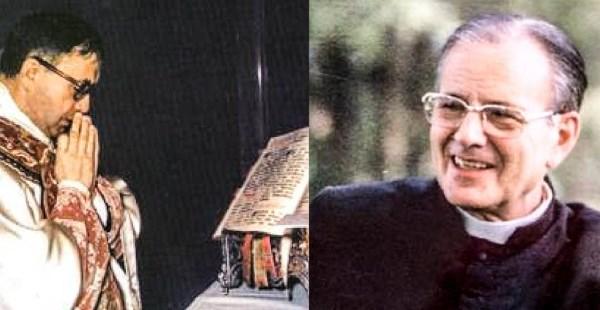 Born on October 14, 1912, in Badajoz, Spain, Joseph Muzquiz was the son of a military colonel and turned out to be a bright young man with great promise. He was first in his class and loved playing sports. When he graduated from high school, Muzquiz began studying in Madrid to become a civil engineer.

During his time at the university he met a holy priest, St. Josemaria Escriva, and attended meetings that he held for a small group of students.

Then the Spanish Civil War broke out, and being the son of a military colonel Muzquiz took up arms for the Nationalist army and served as an engineering officer. During the war Muzquiz started to feel a pull towards the spiritual work of Josemaria Escriva and a change started to come over him.

After the war in 1940 he left the army and sought out Escriva, inquiring how he could be of service to him and the Work. At first Muzquiz remained a civil engineer and sanctified his work, bringing many of his colleagues to Christ. Then Escriva asked him if he would study for the priesthood.

Muzquiz agreed and after adequate preparation was ordained a priest on June 25, 1944. He was one of the first three priests of Escriva’s spiritual work called Opus Dei.

By 1949 Escriva sent Muzquiz to the United States and he arrived first in Chicago. It was a struggle at first, with no money and a small knowledge of English, but soon enough Muzquiz established a strong presence of Opus Dei in cities around the country, including Boston, Chicago, South Bend, Milwaukee, Madison, St. Louis, and Washington, D.C.

After laying a firm foundation, Muzquiz was called back to Europe where he served in Rome, Switzerland and Spain. He returned to the United States in 1976 and worked near Boston as the head of Opus Dei in the United States.

Muzquiz died of a heart attack on June 21, 1983, while teaching a class at Arnold Hall Conference Center.

He was well liked during his life and was a beacon of holiness. According to Robert Stepp, “He didn’t ‘say’ the Mass; [he] ‘lived’ the Mass.” Muzquiz was well known as a spiritual director, devoted to the sacrament of confession who “embraced people of all social classes and economic conditions.” Musquiz’ “cheerful, humble guidance … led many to lives of deep commitment to our Lord.”

Since his death many have reported favors received through his intercession and Cardinal Seán Patrick O’Malley officially opened the cause for his canonization on June 2, 2011. He is currently known as a “Servant of God.”