Chronology of Isidoro Zorzano's Cause of Canonization

The following is a chronology of the principal steps in the cause of canonization of Isidoro Zorzano. 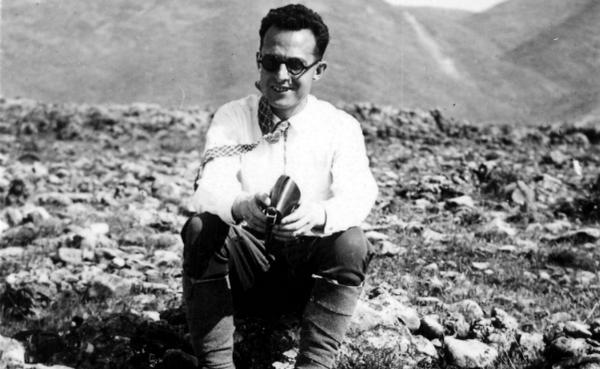 July 15, 1943: Isidoro Zorzano dies in Madrid with a reputation for holiness.

October 11, 1948: the first session of the informative process on his life and virtues takes place in the diocese of Madrid-Alcalá, presided over by Bishop Leopoldo Eijo y Garay, in the chapel of the episcopal palace.

April 19, 1961: closing session of the process, presided over by Bishop Eijo y Garay, in the chapel of the episcopal palace of Madrid. Declarations from a total of 71 witnesses were taken, among them St. Josemaría Escrivá.

October 21, 1965: decree of the Sacred Congregation of Rites on the writings of Isidoro.

1968: preparation of the “public copy” is completed, as foreseen by the legislation then in force, so that its examination would permit the beginning of an apostolic process on his life and virtues.

1969: Blessed Paul VI, with his motu proprio Sanctitas clarior (of March 19), changes the norms of the causes of canonization so that a second process is no longer necessary. On May 8 of the same year, the Sacred Congregation of Rites is divided into two congregations, one for Divine Worship and the other for the Causes of Saints.

February 7, 1983: promulgation of the new norms on the processes of beatification, prepared by the Congregation for the Causes of Saints.

May 22, 1992: the Congregation for the Causes of Saints establishes that a supplementary investigation be carried out for all the causes whose informative process had taken place before the motu proprio Sanctitas clarior (of 1969).

November 11, 1992: Msgr. Flavio Capucci, at that time postulator of the cause, asks the Cardinal Archbishop of Madrid to open an additional diocesan process.

September 30, 1994: the Congregation for the Causes of Saints issues a decree confirming the validity of the informative process and of the additional process.

October 15, 1994: the Congregation appoints Rev. Daniel Ols, O.P., as relator in charge of the preparation of the Positio super vita et virtutibus of Isidoro Zorzano.

March 25, 2006: the relator presents the Positio super vita et virtutibus of the Servant of God. The Positio consists of four sections: history of the cause and sources (28 pages), biography (149 pages), critical study on the presence of heroic virtues (332 pages), and a summary (613 pages).

October 6, 2009: at the indication of the Archbishop of Madrid, Cardinal Antonio María Rouco Varela, and with the authorization of the Congregation for the Causes of Saints, the mortal remains of Isidoro are transferred to the Chapel of Christ in the parish of St. Albert the Great, located at 9 Benjamin Palencia Street in Madrid.

October 25, 2013: after the death of Msgr. Flavio Capucci, the Prelate of Opus Dei, Bishop Javier Echevarría, appoints Msgr. José Luis Gutiérrez Gómez as postulator of the cause of Isidoro Zorzano.

November 17, 2015: the special meeting of theological consultants of the Congregation for the Causes of Saints gives a positive reply to the question of the exercise of heroic virtues by Isidoro, and on his reputation for holiness and for favors.

December 13, 2016: the ordinary session of cardinals and bishop members of the Congregation pronounces in favor of the heroism of the virtues and the reputation for holiness of Isidoro.

December 21, 2016: Pope Francis authorizes the Congregation for the Causes of Saints to promulgate the decree on the heroic virtues of the Servant of God Isidoro Zorzano.