"Letting God Work," an article by Cardinal Joseph Ratzinger, then the Prefect of the Congregation for the Doctrine of the Faith, published in "L'Osservatore Romano" on 6 October 2002. 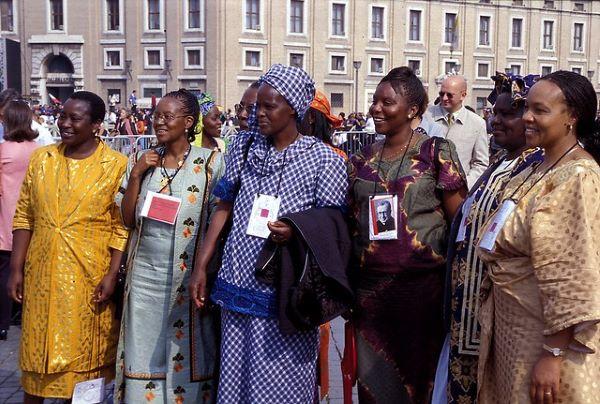 I have always been struck by Josemaría Escrivá's interpretation of the name Opus Dei—an interpretation which we could call biographical and which allows us to understand the founder in his spiritual dimension. Escrivá knew that he was supposed to found something, but he was always aware that it was not his work, that he had not invented anything, that God had simply made use of him. So it was not his work, but Opus Dei, the Work of God. He was only an instrument through which God had acted.

In considering this fact, our Lord's words in the Gospel of John (5:17) came to mind: “My Father is always working.” These are words spoken by Jesus during a discussion with some religious specialists who did not want to recognize that God could act even on the Sabbath. This is a debate that is still going on, in a certain sense, among people and even Christians of our own time. Some people think that after creation God “retired” and no longer has any interest in our everyday affairs. According to this way of thinking, God could no longer enter into the fabric of our daily life. But the words of Jesus state the opposite. A person open to the presence of God discovers that God is always working and still works today. Therefore we should let him enter and work in us. And so the new things are born that open up the future and renew mankind.

All this helps us understand why Josemaría Escrivá did not consider himself the “founder” of anything, but only a person who sought to fulfill God's will, to second his action, the work, in fact, of God. In this sense, the theocentrism of Escrivá is a message of great importance to me. And it is consistent with the words of Jesus, namely this trust that God has not withdrawn from the world, that God is working constantly and we only need to put ourselves at his disposal, to make ourselves available to respond to his call. It is a message which also helps overcome what could be considered the great temptation of our time: the claim that after the big bang God withdrew from history. God’s action did not “stop” at the moment of the big bang, but continues throughout time in the world of nature and the world of man.

The founder of the Work said: I haven't invented anything. There is Another who has done everything, and I have only tried to be ready to serve as an instrument. So the name, and all the reality which we call Opus Dei, is deeply bound up with the interior life of the founder. While remaining very discreet on this point, he lets us understand that he was in permanent dialogue, in real contact, with the One who created us and works through us and with us. The Book of Exodus (33:11) says of Moses that God spoke with him “face to face, as a friend speaks with a friend.” Even if the veil of discretion hides many details from us, I think we have sufficient hints to apply to Josemaría Escrivá this “speaking as a friend speaks with a friend,” which opens the doors of this world so that God can become present, to work and transform everything.

In this light one can understand better what holiness means and the universal call to holiness. Knowing a little about the history of the saints, and realizing that in the causes of canonization an inquiry is made into the person's “heroic” virtue, we almost inevitably have a mistaken concept of holiness. “It is not for me,” we are apt to think, “because I don't feel capable of attaining heroic virtue. It is too high a goal.” Holiness then becomes a concept reserved for some “great people” whose images we see on the altars, and who are completely different from us ordinary sinners. But this is a mistaken notion of holiness, a wrong perception which has been corrected—and this seems to me the central point—precisely by Josemaría Escrivá.

Heroic virtue does not mean that a saint performs some type of “gymnastics” of holiness, something unattainable by normal people. It means rather that in the life of this person God’s presence is revealed, that is, what a person cannot do by himself is revealed. Perhaps in the final analysis it is a question of terminology, since the adjective “heroic” has been misinterpreted. Heroic virtue properly speaking doesn't mean that one has done great things by oneself, but rather that in one’s life realities appear that one has not done on one's own, because that person let God enter and made himself available for God's work. In other words, to be a saint is simply speaking with God as a friend speaks with a friend. This is holiness.

To be holy doesn't mean to be superior to others; the saint can be very weak, with many mistakes in his life. Holiness is this deep contact with God, becoming a friend of God: it is letting the Other work, the Only One who can really make this world of ours both good and happy. When Josemaría Escrivá speaks of the calling of all men and women to holiness, I think deep down he is drawing on this personal experience of his, of never having done incredible things by himself, but simply letting God work. And thus was born a renewal, a force for good in the world, even if all human weaknesses will always remain present.

Truly we are all capable of this. We are all called to open ourselves to God's friendship, to not leave his hands, to never tire of turning and returning to him, speaking with him as one speaks with a friend, with the certitude that the Lord really is a true friend of everyone, including all those who cannot do great things by themselves.

From all this I have better understood the inner nature of Opus Dei: this surprising union between absolute fidelity to the Church’s great tradition, to her faith—with disarming simplicity—and unconditional openness to all the challenges of this world, whether in the academic field, in daily work, in economic questions, etc. A person who has this close connection with God, who keeps up an uninterrupted conversation with him, can dare to respond to these challenges, and is no longer afraid. For the person who is in God’s hands always falls into God’s hands. And so fear vanishes, and in its place is born the courage to respond to the challenges of today’s world.