In a letter written to the founder of Opus Dei in 1969, Fr. Jose Maria Hernandez Garnica tells him of his happiness and desire to be a strong support for Saint Josemaria. 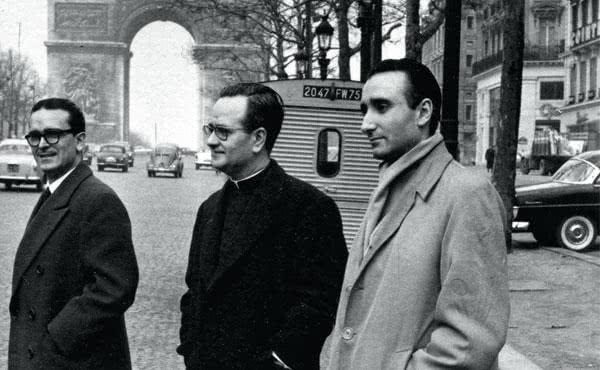 In 1969, after his stay of three years in England, Fr. Jose Maria Hernandez de Garnica returned to Germany, where he had first arrived in 1961 to help begin the apostolic work of Opus Dei there. Saint Josemaria had just named him Priest Secretary of the region, with the task of assisting the apostolic work carried out by the women of Opus Dei there.

These were the last years of his life, since he would die only three years later. Although the aggressive cancer of the throat that would take his life had still not made itself felt, his health was very delicate. From his youth he had suffered many illnesses and undergone a number of treatments. But these were never an obstacle to his unselfish service to souls. Neither did he let it undermine his characteristic sense of humour.

In his letter to Sant Josemaria dated 23 may 1969, written from Cologne, he says that his only desire is to be a strong shepherd’s staff for Saint Josemaria.

“At the beginning of this month I received the news that I should take on with Jesus the job of helping my sisters. I will try to do so in accord with your own mind and I am praying to God for the fruits of their work, and that this may be a source of joy and consolation for you. My health is fine. I had a check-up, as they recommended in Pamplona, after four months here. A doctor examined me who had seen me years ago and he said that, overall, I am even better than when he last saw me in 1963. Perhaps my having stopped smoking and losing weight has helped. I have lost about 4 or 5 kilos. My mouth was giving me a lot of trouble and now all the upper teeth are 100% German, so I am more German each day. I look forward eagerly to the silver anniversary of my ordination and I ask our Lord to make me faithful and a good instrument in my work in order to be a strong shepherd’s staff for the Father. How much I need to thank you, Father! For as they say in Madrid, you have made me a man, a man with a happy life and the desire to be useful.”