On September 29, the Church honors the Holy Archangels. A brief history of how Saint Josemaria chose them as patrons of Opus Dei. 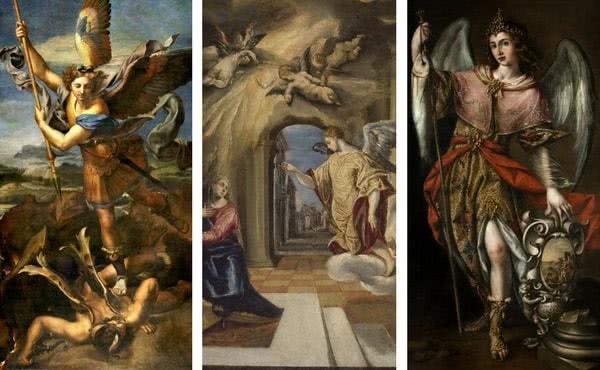 On Thursday, October 6, 1932, while praying in the chapel of Saint John of the Cross during his retreat at the Discalced Carmelite monastery in Segovia, he was for the first time inwardly moved to invoke the three archangels and the three apostles whose intercession members of Opus Dei ask for in their prayers: Saints Michael, Gabriel and Raphael, and Saints Peter, Paul and John. From that moment on he considered them the patrons of the different fields of apostolate that would make up Opus Dei.

Under the patronage of Saint Raphael would be the work of Christian formation of young people. From it would come Opus Dei’s celibate vocations, which the founder would place under the patronage of Saint Michael for their formation, both spiritual and human. Married people who took part in the apostolic activities of the Work, or who formed part of it, would have Saint Gabriel as their patron.

Two days later, on Saturday, he wrote: “I prayed the prayers of the Work of God, invoking our patrons the holy archangels: Michael, Gabriel, Raphael. And how sure I am that this triple invocation, of personages so high in the kingdom of heaven, must surely be—is—most agreeable to the Three and One, and will hasten the hour of the Work.”

In an earlier entry in his personal notes, on May 8, 1931, feast of the Apparition of Saint Michael, he wrote: “I have entrusted the Work to Saint Michael, the great warrior, and I think he has heard me.” 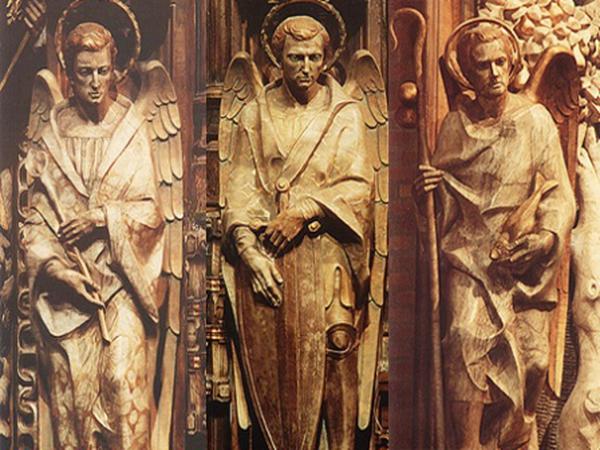 Quotes from The Way on devotion to the Guardian Angels:

“Have confidence in your guardian angel. Treat him as a very dear friend – that’s what he is – and he will do a thousand services for you in the ordinary affairs of each day.” (no. 562)

“Win over the guardian angel of the one you want to draw to your apostolate. He is always a great ‘accomplice’.” (no. 563)

“If you would remember the presence of your guardian angel and those of your neighbors, you would avoid many of the foolish things you let slip into your conversation.” (no. 564)

“You seem amazed that your guardian angel has done so many obvious favors for you. But you shouldn’t be: that’s why our Lord has placed him at your side.” (no. 565)

“You say there are many occasions of going astray in such surroundings? That’s true, but aren’t there any guardian angels as well?” (no. 566)

“Turn to your guardian angel at the moment of trial; he will protect you from the devil and bring you holy inspirations.” (no. 567)