Church of St Josemaria in Chile

The Church of St Josemaria will be formally inaugurated next month, December, in El Castillo, a poor district on the outskirts of the capital. 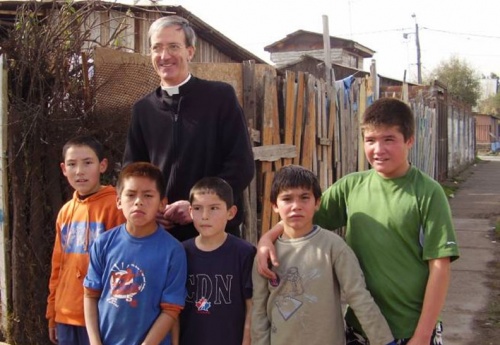 Next month, December 2009, the Church of St Josemaria will be formally inaugurated in El Castillo, part of La Pintana, a poor district on the outskirts of the capital, Santiago de Chile.

Building started on the church in December 2007, and it was completed in March 2009. The diocese of St Bernard made an agreement with the Opus Dei prelature for them to take charge of the formation and activities held there. The church’s first rector is Fr. Luis Joannon.

In March 2009, when the building finished, the work of the church began straight away. Mass is celebrated every Sunday. Catechism classes are held for children and adults. There have been plenty of Baptisms, First Communions, and visits to local families. 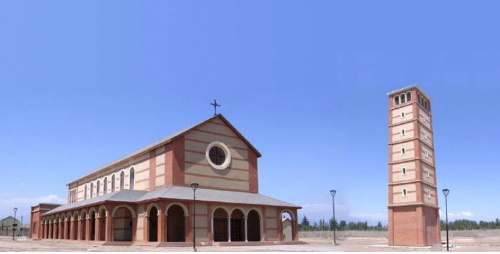 El Castillo is one of the fifteen zones that together make up La Pintana. They sprang up between 1981 and 1986, when homeless families came and settled there from all over Santiago. Today it is one of the poorest districts in the country, with a population of around 200,000.

In 1996, Nocedal Foundation set up Nocedal boys’ school, followed by Almendral girls’ school in 1999. Nocedal Foundation Family Centre is situated between the two schools, offering training classes in many different skills to local people. Next to this the new Church has now been built.

The bare essentials for running activities were generously donated by the people who attended them. Faithful and promoters are now trying to raise funds in order to equip the church with everything needed for the celebration of Mass and the sacraments, and to look after the people who come there. They still need money to pay for the altarpiece, the Stations of the Cross, and pictures or statues of Our Lady and some Latin American saints. 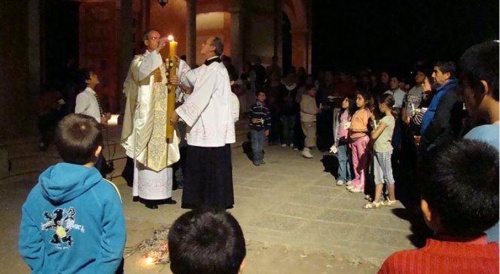 Several items for divine worship are also needed, such as sacred vessels, altar-linen and church vestments. Besides this, they are hoping to set up offices and classrooms and make a garden. They have volunteers ready to work; only the actual materials are lacking.