Commentary on the Gospel: "You know that I love you"

Gospel for the 3rd Sunday of Easter (Cycle C) and commentary. "Jesus is the only Shepherd and Peter’s task is in continuity with Christ’s: Peter’s work as a shepherd is born of his love for Jesus." 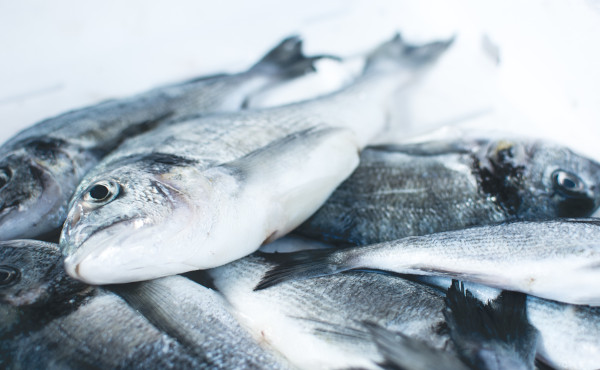 After this Jesus revealed himself again to the disciples by the Sea of Tiberias; and he revealed himself in this way. Simon Peter, Thomas called the Twin, Nathanael of Cana in Galilee, the sons of Zebedee, and two others of his disciples were together. Simon Peter said to them, “I am going fishing.” They said to him, “We will go with you.” They went out and got into the boat; but that night they caught nothing.

Just as day was breaking, Jesus stood on the beach; yet the disciples did not know that it was Jesus. Jesus said to them, “Children, have you any fish?” They answered him, “No.” He said to them, “Cast the net on the right side of the boat, and you will find some.” So they cast it, and now they were not able to haul it in, for the quantity of fish. That disciple whom Jesus loved said to Peter, “It is the Lord!”

When Simon Peter heard that it was the Lord, he put on his clothes, for he was stripped for work, and sprang into the sea. But the other disciples came in the boat, dragging the net full of fish, for they were not far from the land, but about a hundred yards off. When they got out on land, they saw a charcoal fire there, with fish lying on it, and bread. Jesus said to them, “Bring some of the fish that you have just caught.”

So Simon Peter went aboard and hauled the net ashore, full of large fish, a hundred and fifty-three of them; and although there were so many, the net was not torn. Jesus said to them, “Come and have breakfast.” Now none of the disciples dared ask him, “Who are you?” They knew it was the Lord.

Jesus came and took the bread and gave it to them, and so with the fish. This was now the third time that Jesus was revealed to the disciples after he was raised from the dead.

Peter was grieved because he said to him the third time, “Do you love me?” And he said to him, “Lord, you know everything; you know that I love you.”

Jesus said to him, “Feed my sheep. Truly, truly, I say to you, when you were young, you girded yourself and walked where you would; but when you are old, you will stretch out your hands, and another will gird you and carry you where you do not wish to go.” (This he said to show by what death he was to glorify God.)

And after this he said to him, “Follow me.”

The scene calls to mind that other miraculous catch, after which Jesus told Peter he would become a fisher of men (Lk 5:1-11). This new narrative (Jn 21:1-14) prefigures the multitude of people that the Church’s apostolate will win for Christ; and this ecclesial dimension provides the setting for the passage that follows, which narrates the entrusting of the primacy in the Church to Saint Peter (21:15-19).

After Jesus’ Resurrection, the Apostles returned to Galilee, as he himself had indicated (cf. Mt 28:10), and Peter once again takes up his professional work. “Before becoming apostles, we are fishermen. After becoming apostles, we are fishermen still. The same profession, before and after. What has changed? There is a change inside our soul, now that Christ has come aboard, as he went aboard Peter’s boat. Its horizon has opened wider. It feels a greater ambition to serve.”[1]

While they are out on the sea and catch nothing, someone the disciples at first fail to recognize tells them from the shore that they should cast the nets to the right. They do so and are amazed at the quantity and quality of fish they catch. The first to realize that it is the Lord is the “disciple whom Jesus loved” (21:7). For as Saint Gregory of Nyssa comments, “God lets himself be contemplated by those who have a clean heart.”[2]

The catch was very abundant. Their nets were filled with “large fish, a hundred and fifty-three of them” (21:11). Saint Jerome says that Greek zoologists had classified 153 species of fish in the sea of Galilee; and that in citing this figure, John is alluding symbolically to the totality and diversity of the disciples’ catch, thus anticipating the results of the Church’s mission, which needs to reach every type of person.[3]

On reaching land they found Jesus waiting, and next to him “they saw a charcoal fire there, with fish lying on it, and bread” (21:19). Besides this episode, the only time that a charcoal fire is mentioned in John’s gospel is in the house of Caiphas, where Peter’s denial of Jesus took place (Jn 18:18). So when Jesus soon afterwards asks him if he loves him, the fire would undoubtedly call to mind his own infidelities, but also the comforting awareness that, despite the fact that Jesus now knows his weakness, he once again places confidence in him.

In contrast to those three denials on Peter’s part during the Passion, Jesus, as the Good Shepherd, cures his wounds and offers him three new opportunities to tell him: “you know that I love you” (21:15, 16, 17).

The symbolic language abruptly changes in the second scene; insead of fish, Jesus speaks to him about the sheep he needs to care for. Thus the picture of Peter is completed: beside being a missionary apostle (fisherman), Peter is also called to be an example of diligently tending the flock of God (cf. 1 Pet 5:1-4; Acts 20:28). Jesus is the only Shepherd and Peter’s task is in continuity with Christ’s: Peter’s work as a shepherd is born of his love for Jesus. The flock belongs to Jesus and not to Peter; therefore Christ asks him to “feed my lambs” (21:15), “tend my sheep” (21:16), “feed my sheep” (21:17). And Peter accepts, giving his life for them.

When Jesus says to him “when you were young, you girded yourself and walked where you would; but when you are old, you will stretch out your hands, and another will gird you and carry you where you do not wish to go” (21:18), he alludes to the future martyrdom of Saint Peter, who will also die on the cross like the Master.