Skip to Main Content
About Opus DeiOpus Dei in the Philippines

God’s call and a miracle through a saint

Father Dante Estepa from Iloilo City celebrated his first Solemn Mass in Iloilo last July 13 at the Jaro Cathedral. It was Christmas 1999 when his mother was rescued from a sea mishap, through the intercession of St. Josemaria. 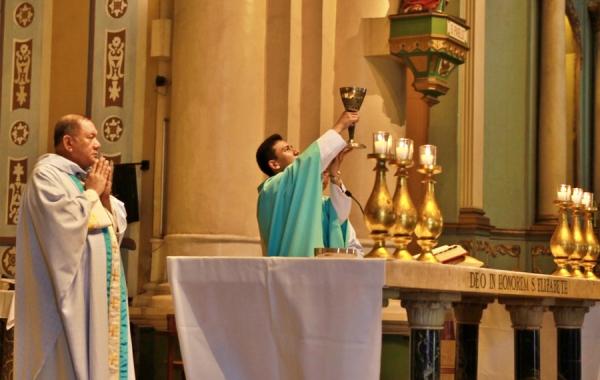 A young priest who is returning to his Filipino roots after a long while in Rome is a living testimony to the good mystery behind God’s plans.

Fr. Dante Estepa, a priest of the Opus Dei prelature, was ordained in Rome in April 29, 2017. He may be known to most as having graduated from Iloilo National Science High School – SSC and the University of Asia and the Pacific (BS Economics and MS Industrial Economics).

However, what some of his friends may recall more is a not-so-distant memory of his when he was 13 years old, some 2 days before Christmas in that year.

At that time, his father and he were fervently praying for their mother’s rescue after a major sea mishap near Cebu that resulted in – out of more than 600 – around 58 passengers dead or lost at sea. They were using a prayer card of St. Josemaria Escriva (nowadays freely downloadable from the Internet) given by Fr Roque Reyes, a priest of Opus Dei working in Iloilo City.

Sure enough, the family celebrated a “Christmas” miracle when the mother safely returned soon after Christmas day. Fr Reyes especially recalled the happy phone call of Dante’s father to inform him that their agreement to say several prayer cards a day to St. Escriva had worked so effectively.

Interviews with Fr. Dante's parents about the 1999 sea mishap. 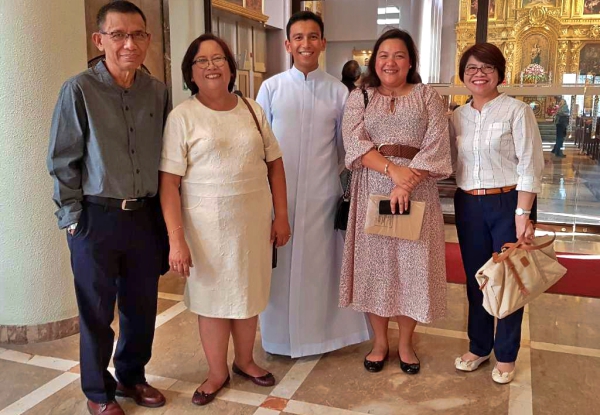 Fr. Reyes was to learn more about the incident much later on. Fr. Reyes moved to Manila and almost ten years later, he met a young man at an Opus Dei center who introduced himself as the same young Dante Estepa from years ago, who witnessed the priest give his father the prayer card. They discussed at length the circumstances of the rescue: the mother was adrift at sea all alone and with at least a life vest as protection; her calling the attention of a distant fisherman using some rope attached to some debris. Fr. Reyes found worth sharing the uncanny timing of the rescue back then.

When asked what time the Coast Guard’s rescue happened, Dante’s mother had said it was sometime past noon, which coincided with the time that Fr Roque and Mr. Estepa agreed to pray the prayer card for the critical intention.

Fr. Dante’s acquaintance with St. Josemaria through the prayer card that his own father recited almost 20 years ago was not a mere coincidence, but a preparation for his vocation, especially now as a priest. Being young in his ministry, he shares the following: “Now, I feel like a spring, and ready to jump, to go out and to meet people, to work so that at the end of the day I’m tired but I’m happy. And I think the Pope, that’s what he wants us priests to do - to work hard but at the same time, not losing that joy that we have as priests.”

Father Dante before his ordination in 2017