Parents, teachers and students of PAREF Westbridge School in Iloilo mobilize to distribute relief goods for the victims of super typhoon “Yolanda” (“Haiyan”) in the northern towns of Panay island.

There’s vast destruction in the northern towns of Iloilo province. Power supply and communication lines are down after super-typhoon “Yolanda” (Haiyan) ripped through the island of Panay on the afternoon of November 8. Once the skies cleared the next day the staff of PAREF-Westbridge School travelled to different towns to check on the situation of the teachers, students and other school employees who were affected by the typhoon.

The staff of the Jaro Archdiocesan Action Center (JASAC), after making the rounds in the province, reported that many towns, especially in the northern part of Iloilo, were totally devastated by the super-typhoon. Among these are the towns of Janiuay, Barotac Viejo, Carles, Batad, San Dionisio, San Rafael, Balasan, Sara, Estancia, Concepcion, and Ajuy. 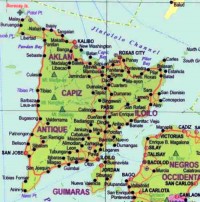 In the towns of Estancia, Concepcion, and Ajuy, whole coastline communities were wiped out. The islands off these towns were isolated due to the loss and damage of 90% of their boats.

“The people of these towns are in urgent need. Whatever form of help you can extend, especially food, clean water and temporary shelters, such as tents or construction materials, will be highly appreciated.” Msgr. Meliton Oso, Director of the JASAC, broadcasted the appeal over local radio.

Immediately, the parents and students of Westbridge School, along with their friends, established a relief operation in the school lobby, receiving relief goods and packing them for the families in the typhoon-stricken areas.

Crossing flood waters, fallen trees, electric posts, and other storm-tossed debris, Gino Lacaya, Gerard Bionat and other Westbridge teachers set out on November 10 and reached the town of Sara where Bionat’s family resides. They delivered food for 50 families.

On November 12 Lacaya, along with some parents and students, went to Ajuy to distribute food packs to 80 families. On November 13, Ronnie Gilles, with students and parents, delivered food packs for 200 families in the town of Batad. On November 14, Dennis Adolacion, Laurence Soteo and their students, delivered food and supplies to 200 families in 5 barangays of San Dionisio. An elderly woman in San Dionisio told the Westbridge team that the relief bag she received was the first they ever received since the super-typhoon struck their town on November 8.

“So many people are still hungry and helpless in the north [of Iloilo],” Adolacion observed. “They’d smile and say thank you, but their eyes say that they suffered so much. Sometimes, merely looking at their situation is enough to make one cry.”

Realizing the large numbers of families that still need help and urged on by the message from the Prelate of Opus Dei asking each faithful of the Work in the Philippines to “accompany those who suffered the consequences of the typhoon” and “help in whatever way he or she can to collaborate with the authorities in providing assistance to the victims”,  Westbridge School is appealing for more donations so that the school can continue relief expeditions to other towns in northern Iloilo and to the provinces of Capiz, Aklan and Antique.

The Iloilo Provincial Government sounded an urgent appeal for volunteers to pack relief goods on November 13. Westbridge teachers and students reported immediately to the Iloilo office of the Department of Social Welfare and Development (DWSD). Hugo, Stephen and 18 other high school classmates joined the volunteers from all over Iloilo repacking clothes and foodstuffs for the northern municipalities. Romel, another classmate, was tied down that day as he was participating in a regional literary contest, which lasted until evening. As soon as the contest ended, he rushed to the DSWD to do his share of repacking relief goods.